By Chairnjoki. (self media writer) | 2 months ago 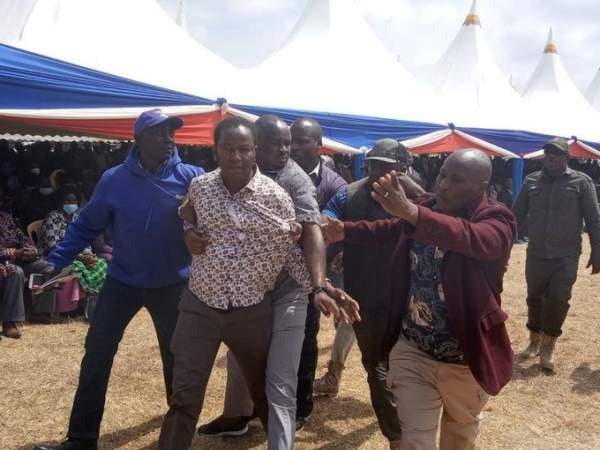 Wavinya Ndeti, a contender for governor of Machakos, has condemned the violence that occurred during Raila Odinga's Azimio rally in Machakos .

Shortly after Nzioka's arrival at the rally, supporters of the two candidates argued, resulting in the outbreak of chaos.

A group of youths attempted to forcibly remove Waita from the podium, bringing the rally to a halt for approximately ten minutes. 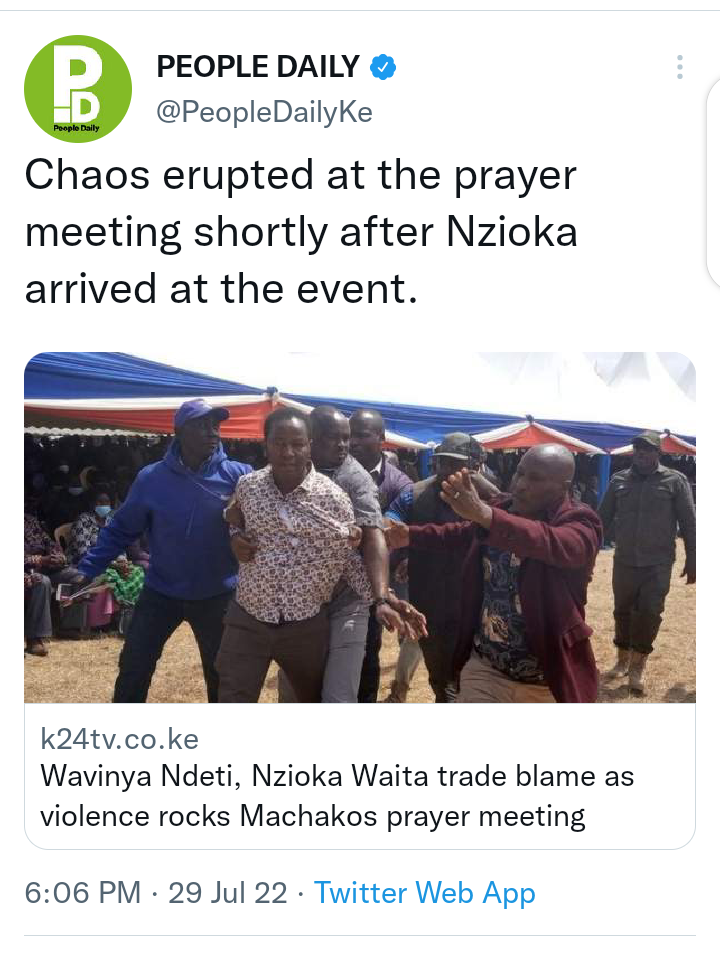 The former Chief of Staff of the White House was escorted by police to the car, where he joined the leaders when the situation had returned to normalcy.

Waita, for his part, has accused Ndeti and her Wiper supporters of transforming the rally into a Wiper event, arguing that he had been formally invited to the gathering.

He thanked Raila Odinga for intervening and bringing peace after the chaos. 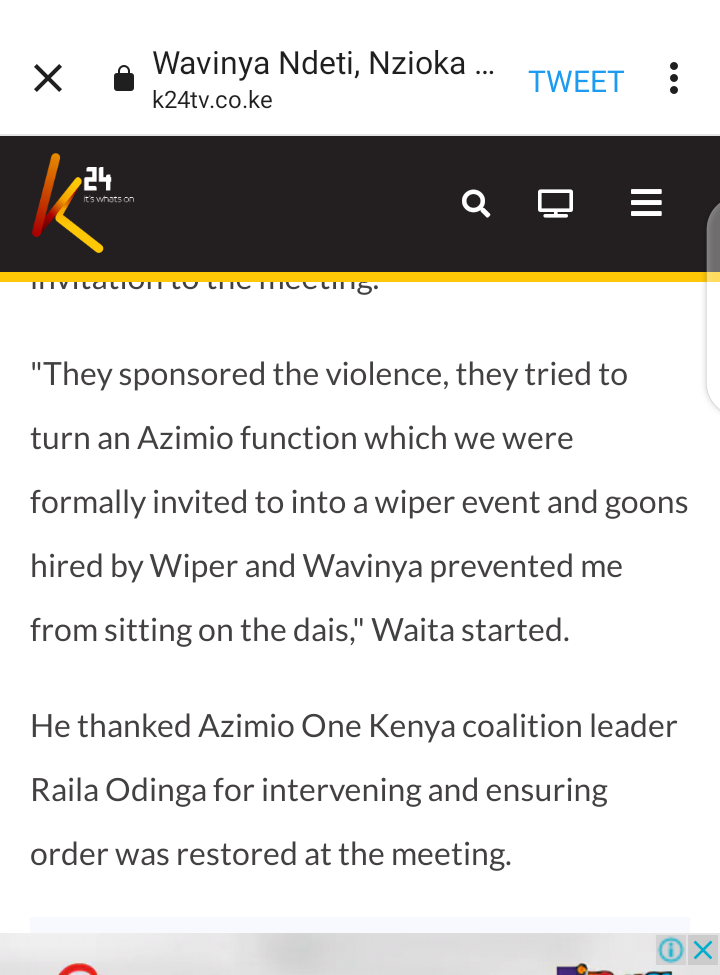