By Hotspot254News (self media writer) | 3 months ago

Despite endorsements and sleepless campaigns, ODM leader Raila Odinga and DP William Ruto may be ruled out of the contest for President before the August 9th elections. Both are up against legal obstacles, with six outstanding cases in the High Court filed by their petitioners. As a result, if the court rules in favor of their petitioners, the former Prime Minister and Kenya Kwanza Alliance presidential candidate will be barred from running for the presidency. 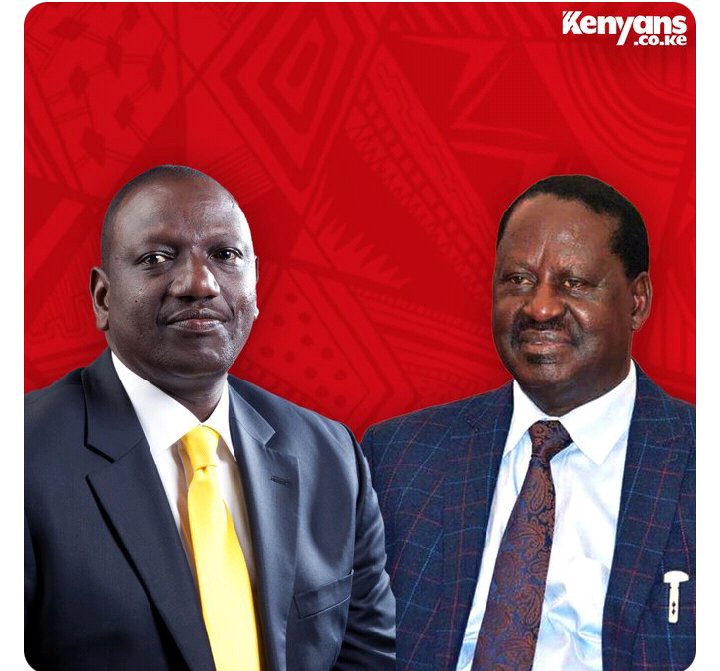 Ekuru Aukot, the Alliance chairman, and voters John Kenga and George Bush have filed constitutional complaints against Azimio La Umoja, the presidential candidate of the One Kenya Alliance Party Coalition.

According to the aforementioned individuals, Odinga is unable to run for an electoral seat since he did not abandon his job as a public official working as a government adviser under Section 8 of the Retirement Benefits (Deputy President and Designated State Officers) Act, 2015. Raila should have resigned as a public officer and from his advisory function before running for a political position.

Furthermore, the petitioners argue that Mr. Odinga's imitation swearing-in is tantamount to treason, and they want him barred from running for president until he is exonerated of the allegations. They further claim that Odinga is a recipient of cash set aside by the National Treasury for retired state officers who are kept as advisers. As a result, it is not ineligible to run for any elective office.

Stanley Livondo, former nominated Senator Paul Njoroge, activist Okiya Omtatah, and Mr. Michael Kirungia have all filed petitions against the Kenya Kwanza Alliance presidential candidate. For example, Mr. Kirungia, for example, alleges that the DP is disqualified due to an alleged violation of the Oaths and Statutory Declaration Act. At the same time, Mr. Njoroge, a former nominated senator, wants the general election postponed so that both the President and his deputy can serve out their full terms. As a result, their five-year constitutional terms will not have expired by the election date, and their terms should be extended. 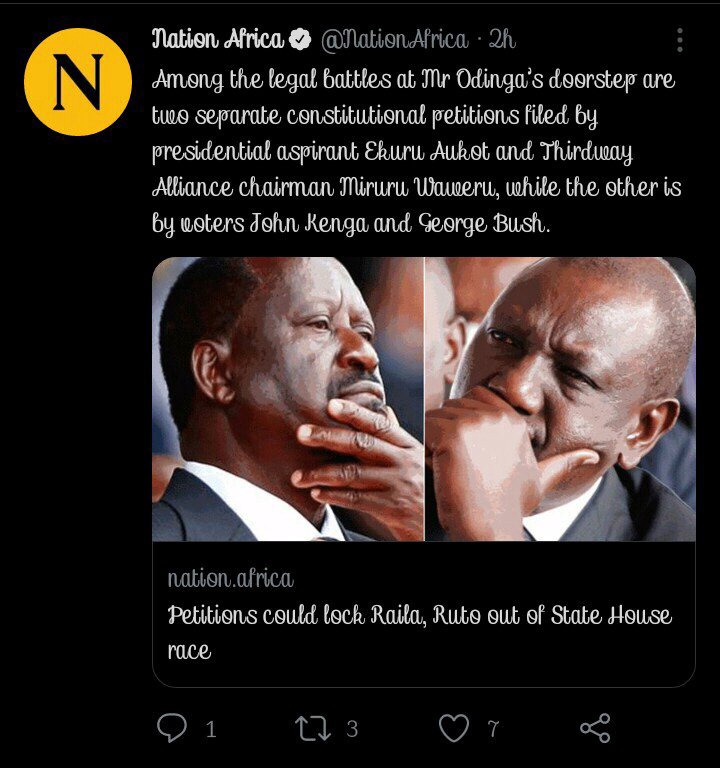 Mr. Omtatah, on the other hand, wants the court to find that a sitting President, Vice President, Governor, or Deputy Governor cannot be elected to a position other than the one in which they are now serving. As a result, he is seeking an interpretation of the legislation (Section 43 of the Elections Act and Article 24(2)(a)) regarding DP Ruto's and other candidates for the presidency's eligibility.

According to Mr. Livondo, the vice president and cabinet secretaries are not eligible to run for president in the next general election. As a result, under Article 148 (6) (A) of the constitution, a sitting deputy president who has served two full terms in a row should be barred from seeking presidential candidacy.

What Journalist Ask Evans Kidero That Provoked His Anger, Forced To Walk Away