President Uhuru Kenyatta has brocken his silence barely 24 hours after his Deputy William Ruto revealed plans to initiate his prosecution if he wins the August election. 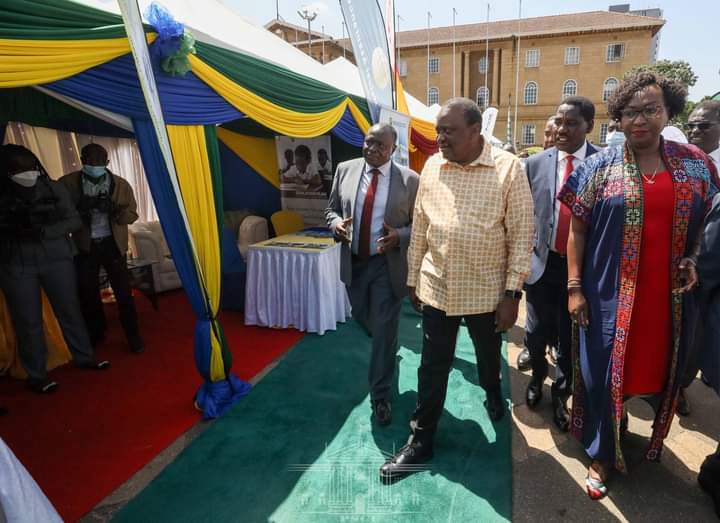 Speaking at KICC, Nairobi where he presided over this year's International Co-operative Day christened "Ushirika Day" in Kenya on Saturday, President Uhuru Kenyatta hit out at his critics who he said have been blaming him for borrowing and spending on government projects.

Uhuru said that the money the Jubilee government has borrowed has been used to build infrastructure including roads which can be seen by every Kenyan.

"Tunakopa na tunajenga barabara kama haya na tunatumia kulipa (We are borrowing and are building roads which we use to pay)," Uhuru said.

He said that those who have been criticising him have had the opportunity to serve Kenyans but they never delivered. In what looked like an attack towards DP William Ruto, Uhuru said that all that their critics knows is to talk and talk yet they heard the chance to serve in the Ministry of Agriculture but never delivered. 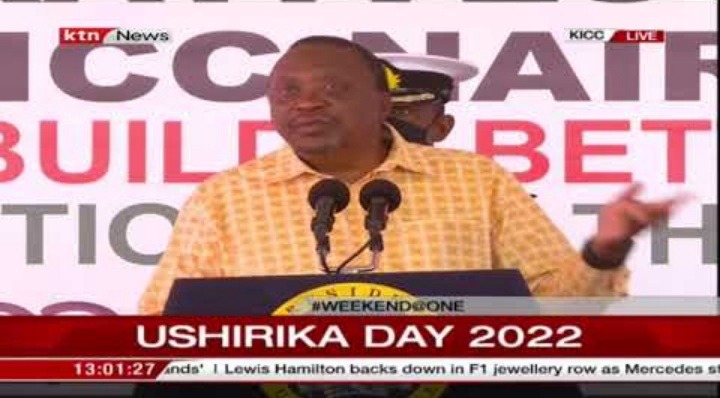 "Mtu anapewa kazi na badala ya kazi ni midomo ni kusema tu tutafanya, kwa nini hukufanya wakati ulipewa kazi. Watu waache upuzi, Munya amebadilika Agriculture kwa miaka mitatu na walikuwa hapo miaka minane na hawakuweza (Somebody was given a job and instead of doing it it's just talks. Now he says he will do that, why didn't he do hit when he had the chance? People should stop jokes, Munya has changed Agriculture in three years yet they were there for 8years and did nothing)," Uhuru said.

The angry Uhuru said that he should be left alone, adding that his critics are the ones who doesn't know what they are saying.

"Muache kuniletea bwana, vile nimesema ni shauri yenu (Leave me alone Mr, the way I have said it's up to you)," the furious Uhuru said.