The United Democratic Alliance (UDA), led by Deputy President William Ruto, is now accusing Interior Cabinet Secretary Fred Matiang'i of not doing enough to stop the violence that has erupted at their rallies in recent months. 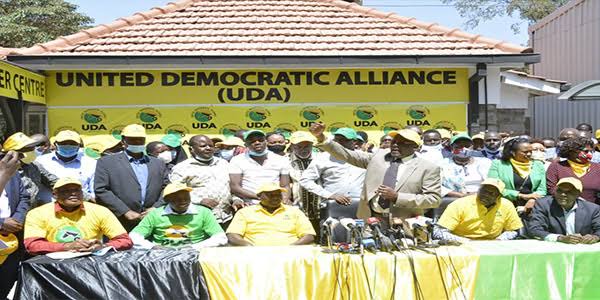 According to a press release issued by UDA chairman Johnson Muthama and Secretary-General Veronic Maina, ODM party leader Raila Odinga is to blame for the mayhem, but the Interior CS has rejected to take action against him because to political considerations, according to UDA.

Raila, according to the party, was involved in the violence directed at its supporters at rallies in Jacaranda Grounds, Kondele in Kisumu, Kitale, and Kieni in Nyeri County.

"The public witnessed yet another well-orchestrated ugly incident of stone-throwing by hired ODM hooligans during Deputy President's rally at Jacaranda grounds in Nairobi yesterday."

"A similar incident occurred in Kitale, where police prevented MPs affiliated with the UDA from holding a peaceful meeting. "This isn't the first time these heinous acts have taken place," the press release said in part.

"With no action from the security apparatus, the ODM high command continues to perpetuate its well-earned reputation for brutality," he added.

"Kenyans are waiting to see if Interior CS Dr Fred Matiang'i, who has openly backed Mr Raila Odinga's presidential bid, will put aside his political hat and act to protect Kenyans from his political master's jihad for bloodshed." This pattern is tolerable. 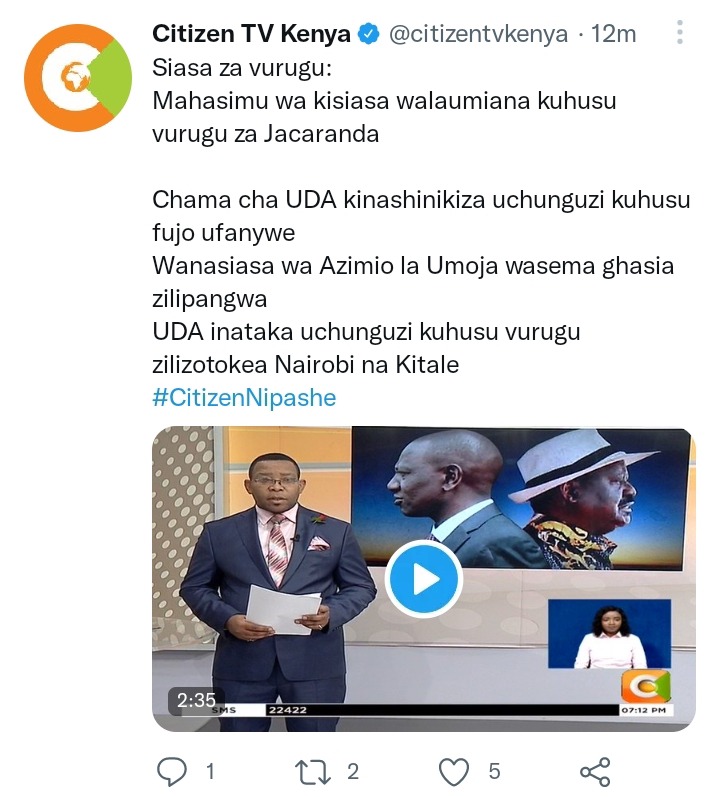 Mudavadi to President Kenyatta: Ensure you return money in your family's offshore accounts

Likoni: Crowd Break Into Laughter And Cheers After Ruto Sent A Message To Joho, Raila-Video