7th June: The Standard, The Daily Nation And The Taifa Leo Newspapers Headline

By Trendingmaster (self meida writer) | 14 days 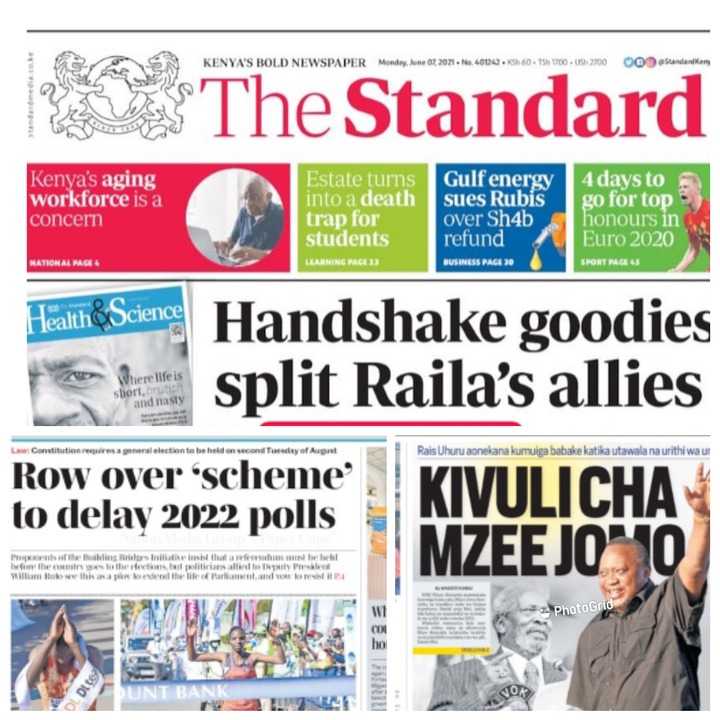 The publication speaks about how handshake goodies have split Raila Odinga's allies.

According to the Standard,the Mega projects unleashed in Nyanza by President Uhuru Kenyatta days to Madaraka Day celebrations have put the ODM party leader Raila Odinga partiners in NASA under pressure to deliver the presidency so that their regions can benefit.

Reports indicate that Musalia Mudavadi, Moses Wetangula and Kalonzo Musyoka have vowed to go for the top seat in order to benefit their regions in future.

The move came after president Uhuru Kenyatta's launched a series of projects worth billions of shillings in Kisumu prior to Madaraka Day celebrations, and promised to launch the remaining projects in August. 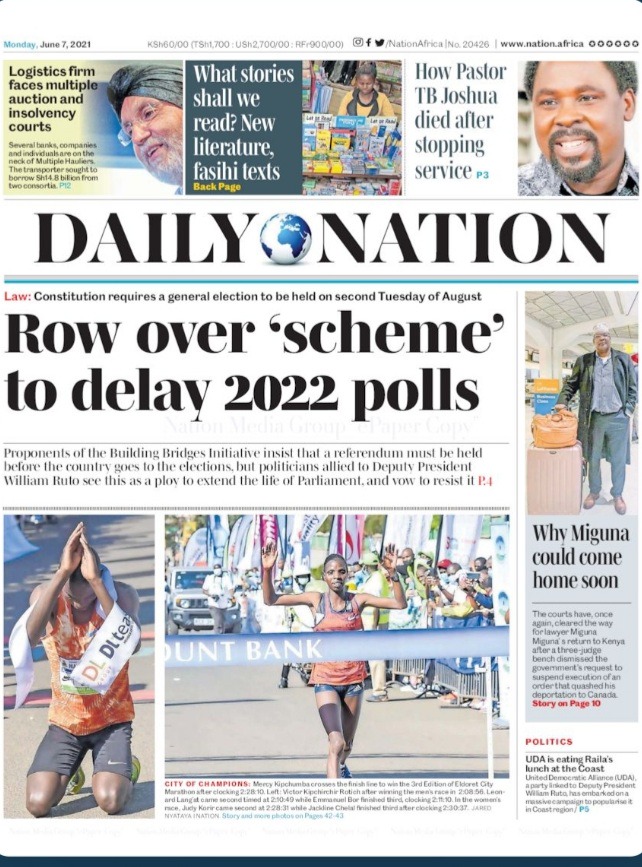 The publication speaks about a plan to delay 2022 General Elections.

This comes after the Building Bridges Initiative (BBI) Bill proponents insist that a referendum must be held before next year's polls, despite the unsolved cases in court that have delayed the process,making it hard for the country to hold a referendum since a referendum should be held at least a year before General Elections.

According to the Kenyan constitution, a General Elections should be held on a second Tuesday of August,hence the country will not have time to hold the referendum before next year's polls.

According to the Daily Nation, DP Ruto's allies have seen the push by BBI proponents that a referendum must be held before next year's polls as a plot to extend the life of Parliament, where they have vowed to resist it. 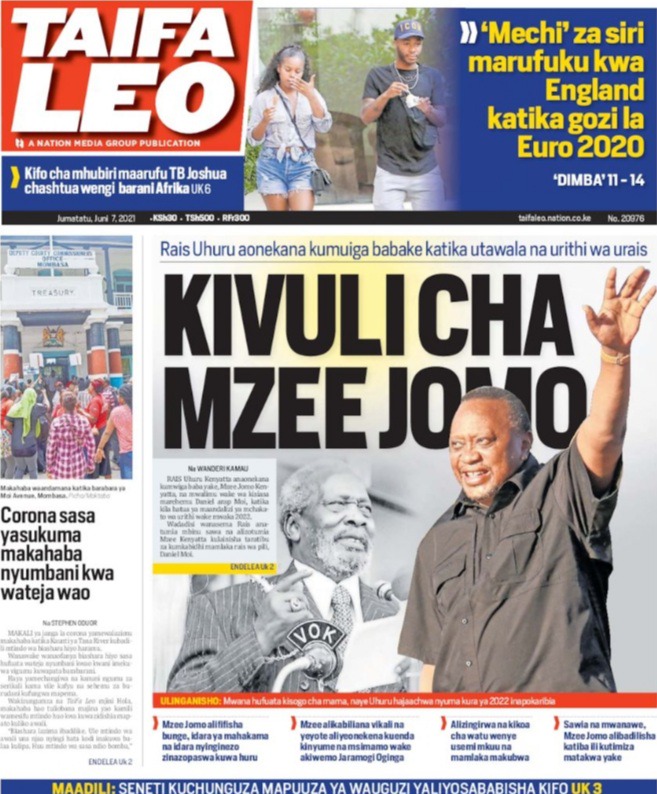 The publication speaks about how President Uhuru Kenyatta is ruling the country the way his father Jomo Kenyatta ruled.

According to the publication, President Uhuru Kenyatta is following Jomo Kenyatta's ways to streamline his succession matrix,ahead of next year's polls.

According to the reports, Jomo Kenyatta dealt heavily with anybody who was going against his will,something that has been wittinesed on his son president Uhuru Kenyatta.

Reports also indicate that Jomo Kenyatta changed the Constitution to fit his plans and wishes,something president Uhuru Kenyatta is trying to do.

The paper reveals that like his son,the late president Jomo Kenyatta was surrounded by a group of people who had a final say in his government.