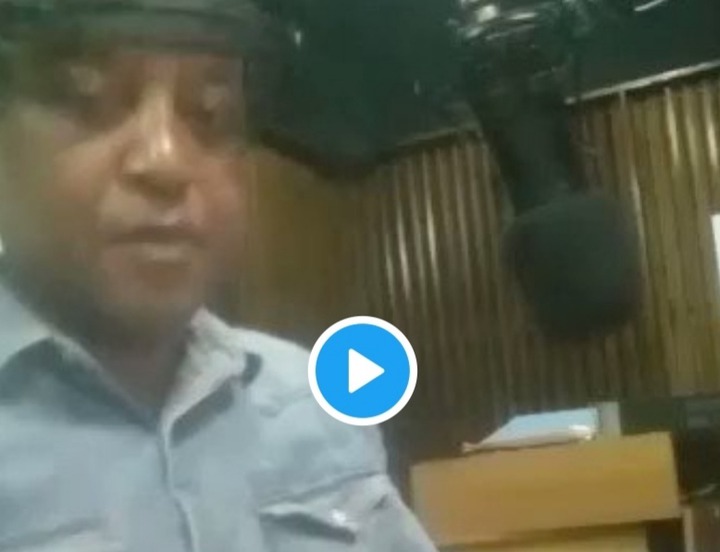 A Kenyan Dj has left Kenyans talking after His Video while speaking very strange words about the revolution process and Liberation that Kenyans have been asking for went Viral for the better part of today accross all social media platforms.

Ever since the Jubilee administration secured their second term in Office after the 2017 general elections, there have been Cries all over this Nation, from Student leaders of Known Universities to Young Parliamentarians who have been calling to the establishment of a better regime by wiping out the roots of a few Powerful people who have allegedly held the nation in captivity since 1963.

This calls have been received differently by leaders including the deputy president William Ruto and His allies who now claim that they have a very good working strategy and an economic model that has been functioning in developed Countries that they will use to fish out Kenyans out of Poverty.

However, a Kenyan Dj whose identification was not clear was heard while spreading the same gospel but in a different mode that did not resonate well with Kenyans who now believe that people who have been in government for Decades or Families friends of alleged Dynasties cannot salvage this Nation from it's bondage of slavery.

According to the Video which was shared by blogger Nyakundi, the male Dj was speaking with alot of confidence and happiness while saying that Billionaire and Businessman Jimmy Wanjigi had requested a song from the studio which was now playing in that moment when Kenyans were busy listening attentively.

He also added that Wanjigi was part of the people who were now calling for a revolution in Kenya, and had joined the Millions of Voiceless Kenyans who feel suppressed by the different regimes which have been in place for decades.

Following the sentiments, Kenyans have now turned against the Dj, saying that Wanjigi has been born in one of the Richest families in Kenya and therefore He will never been bothered to start the calls for the Liberation process. This according to them is because He is among the few privileged who are not affected by the limping economy that has been destroyed by excessive looting and bad policies that have been put in place. 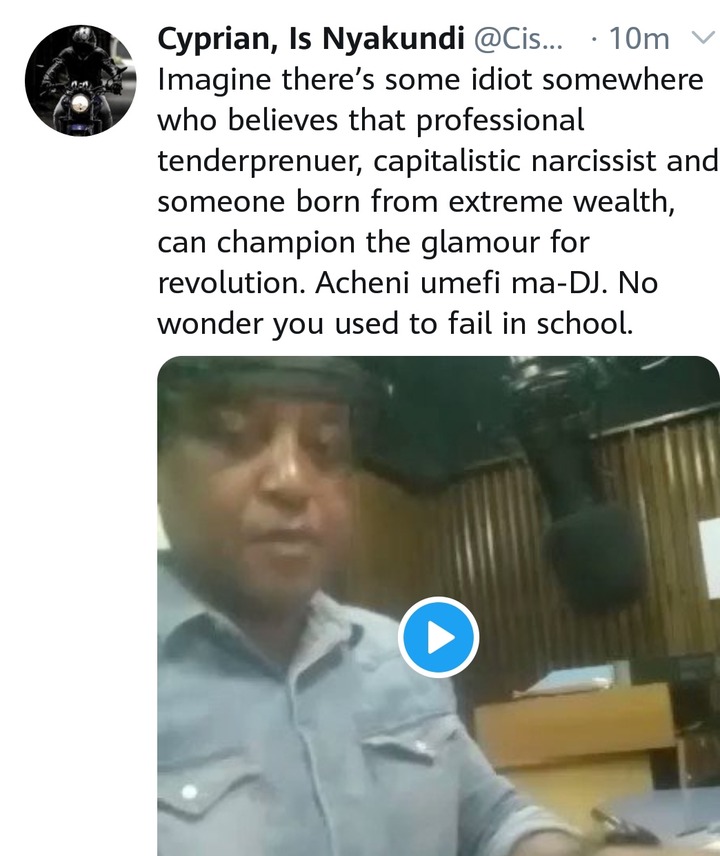 According to a close examination on the beliefs that Kenyans have been taking seriously especially about the Hustler nation, there have been this Notion that a few families are responsible for capturing this Country and making people more poor. However, the claims have not been established well.

Other people including barrister Miguna Miguna who was deported under unclear circumstances has also been urging Kenyans to rise up and remove the purported illegal regimes that was put in place in order to destroy the Economy and make Kenyans slaves to worship them.

You can click on the link below to watch Nyakundi's shared Video.