By Noel (self media writer) | 1 month ago

The next general election which is planned to happen on August this year is now taking another shape as leaders work hard in their campaigns. According to the news which was shared on the social media platforms, the Azimio La Umoja team today toured in Homa Bay county which is famously known to be the orange democratic movement party leader Hon Raila Odinga's backyard. 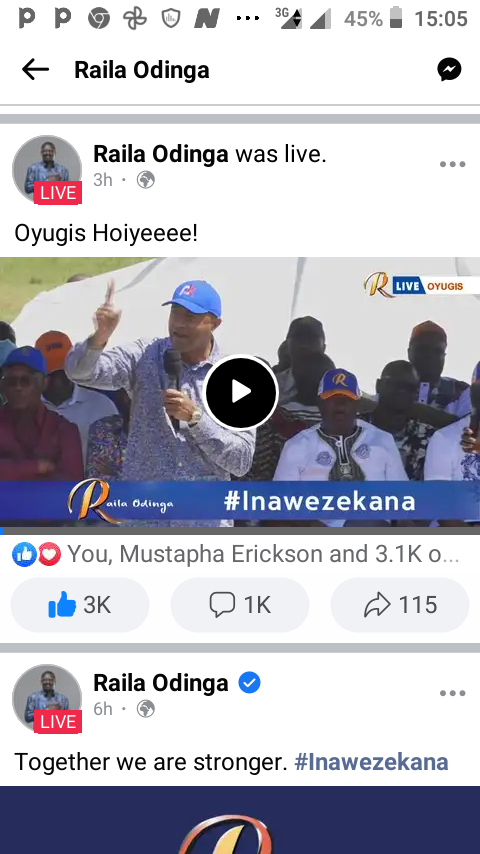 According to the video which was shared on the social media platforms, the residents of Oyugis town came out in large number to welcome the Azimio La Umoja team who were led by the former prime minister Raila Odinga. Raila continued spreading his Azimio la umoja gospel to the people of Homa Bay county. 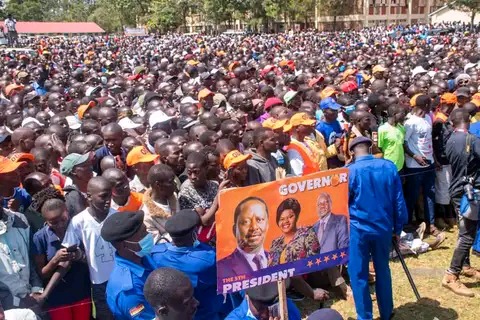 According to his speech which was in Luo language, he urged the residents of Homa Bay county to come out in large number on 9th August this year and vote for him as their preferred presidential candidate. He also encouraged the residents to elect Azimio leaders across the country in the coming general election. Despite that, all kenyans are urged to be keen while electing leaders in the next general election.