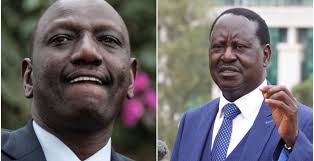 Kabando Kabando has clearly stated that he was not going to join ODM party or UDA in his quest to vie for the Mukurweni Parliamentary Seat. Among other parties that Kabando has dismissed is KANU and Jubilee Party.

Kabando Wa Kabando also in his revealations has stated that he is still undecided on who to vote for in the 2022 Presidential elections. However he has accounted for who he has been voting for since 1992.

Kabando has revealed that in 1992 he voted for Jaramogi Odinga, 1997 for Charity Ngilu, 2002 for Mwai Kibaki, 2007 for Raila Odinga, 2013 for Uhuru Kenyatta, The first 2017 election for Raila but the second one that was held on 26th of October for President Uhuru Kenyatta.