By TheBrandNews | self meida writer
Published 13 days ago - 8 views

Dennis Itumbi is a Kenyan Digital and Elections Strategist. He is also an Election Consultant, known for his role in the campaign of President Uhuru Kenyatta and his Deputy William Ruto in the 2017 general election in Kenya. He describes himself as a man who sells Ideas. 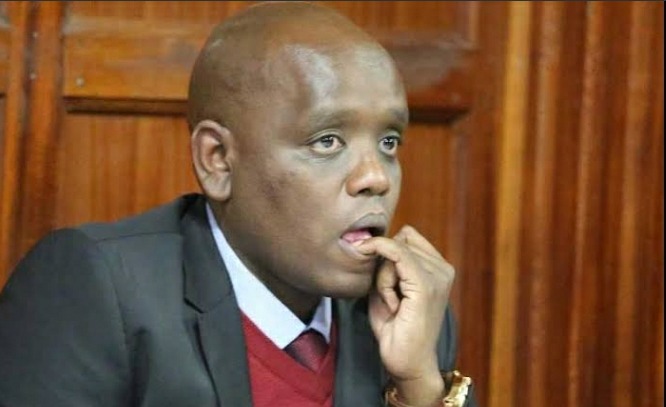 He has worked as the Secretary of Innovation, Digital and Diaspora Communication in the Office of the President of the Republic of Kenya, based in State House Nairobi. 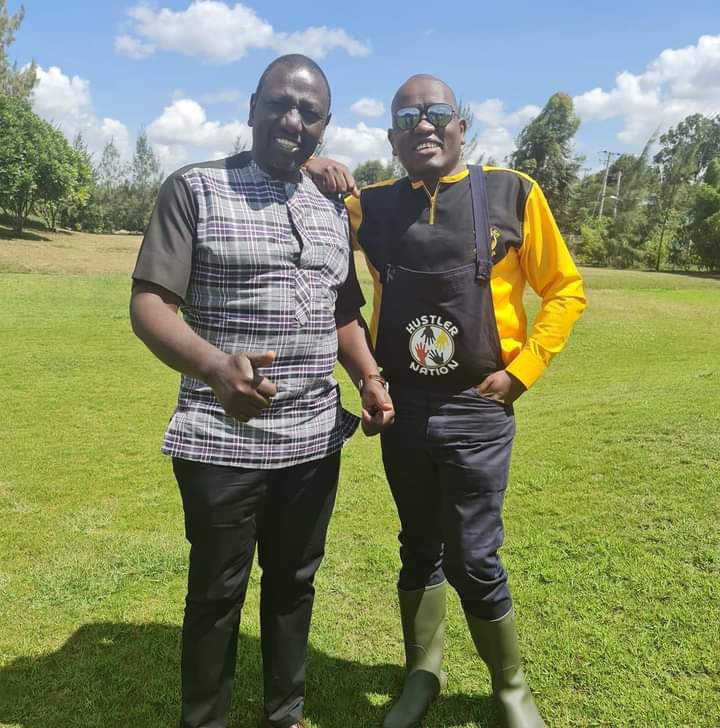 Itumbi was later deployed to serve in the office of the Deputy President. He has been a loyal servant of DP Ruto. Itumbi has severally used his social media influence to criticise CS Matiang'i and PS Karanja Kibicho.On Saturday, #ItumbibetrayedUhuru was trending. Ironically, Itumbi didn't participate and so they thought he has been arrested.

Here are some tweets on Itumbi's whereabouts

@Its_Nyambane Itumbi tried to fight Matiang'i online, even filed a petition but didn't succeed. Now he has faked home confinement, meant to portray Matiang'i and Kibicho as persons behind his "house arrest" my friend Kenya has no shortage of fools.#FreeDennisItumbi 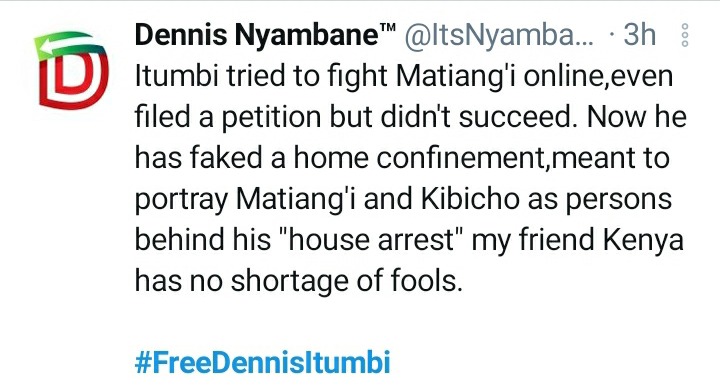 @o_abuga But if at all Dennis Itumbi is under house arrest, kindly those using this outdated tactic stop. You're making Tangatanga use such loopholes and gain sympathy. Mnaharibu. Let that guy be. He's a featherweight. #FreeDennisItumbi

Dennis Itumbi Digital Itumbi KOT Uhuru Kenyatta
Opera News is a free to use platform and the views and opinions expressed herein are solely those of the author and do not represent, reflect or express the views of Opera News. Any/all written content and images displayed are provided by the blogger/author, appear herein as submitted by the blogger/author and are unedited by Opera News. Opera News does not consent to nor does it condone the posting of any content that violates the rights (including the copyrights) of any third party, nor content that may malign, inter alia, any religion, ethnic group, organization, gender, company, or individual. Opera News furthermore does not condone the use of our platform for the purposes encouraging/endorsing hate speech, violation of human rights and/or utterances of a defamatory nature. If the content contained herein violates any of your rights, including those of copyright, and/or violates any the above mentioned factors, you are requested to immediately notify us using via the following email address operanews-external(at)opera.com and/or report the article using the available reporting functionality built into our Platform