Martha, Kuria and Kiunjuri unite Mount Kenya ahead of the 2022 general elections

By Triciahyoungqueen (self media writer) | 1 month ago 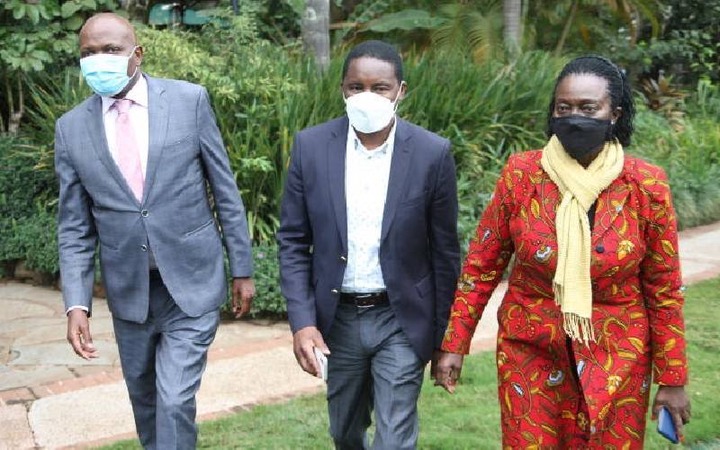 Some Mt Kenya leaders are working for a unity formula that could lock out Deputy President William Ruto from the region.

The leaders have vowed not to fold their political parties to join other outfits ahead of next year’s polls.

The leaders are also drafting a list of demands aimed at securing the interests the region would have gained through the Building Bridges Initiative (BBI).

During a meeting that brought together a section of regional leaders, including Kenya leader Martha Karua, Mwangi Kiunjuri of the Service Party of Kenya, Gatundu South MP Moses Kuria, former presidential aspirant Peter Kenneth and former Kiambu governor William Kabogo, they agreed not to focus on their political ambitions and affiliations for the sake of the region’s unity ahead of the elections.

“Our political conviction is that the mountain must be united. Any presidential aspirant who comes, has to agree with our demands, we shall put caveats to block any candidate who would suppress us and our region after ascending to presidency,” said Mr Kabogo.

“I also have presidential interests. If they decide to back me I would be glad and if they don’t I will agree with them for the sake of the region, we have also stressed on the need to have our parties intact since when we vote in our parties and when they go to Parliament they will never vote with the presidency in accordance with our interests,” Kabogo said.

Mathioya MP Peter Kimari said the unity of the mountain will guide the youth on the presidential candidate who means well for the region.

“We need to support a presidential candidate who will ensure that the region gets what it would have gotten from the Constitutional Amendment Bill, 2020,” Mr Kimari noted.He, however, ruled out the region supporting Ruto owing to that fact that he opposed the BBI and accused him of scheming to weaken Mt Kenya.

The group agreed to invite all Mt Kenya leaders to chart the post-Uhuru dispensation. “These are the players who see the regional interests as universal and applicable no matter who will be the president. The concern is not the positions but what the region gets as a people,” said Kimari.Others leaders being targeted for inclusion in the preparatory talks include heads of smaller parties like Murang’a Governor Mwangi wa Iria (Usawa Kwa Wote), Peter Munya (PNU) as well as Jimmy Wanjigi of Orange Democratic Movement and the National Assembly Speaker Justin Muturi who have declared interest for the presidency.

“We will invite all the sitting MPs and governors from Mt Kenya region next week for a unity of purpose, it’s no longer about the political parties but the region’s interests, no one will be told to fold his political party,” said Karua.

Ms Chege said that the meeting had the blessings of President Uhuru Kenyatta. “The President is so concerned about our unity and our meeting had his full blessings.”

Mr Ngugi said the leaders were under instruction to unite the warring parties before the next Sagana State Lodge meeting that could happen before the end of this month.

“He directed us to reach out to all the leaders including those with smaller parties and brief him before he personally meets them. Uhuru does not want to leave us disjointed,” said Ngungi.

Content created and supplied by: Triciahyoungqueen (via Opera News )