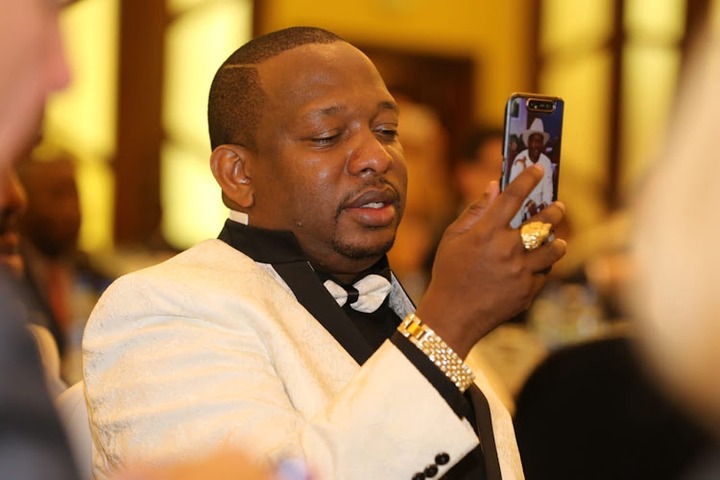 Mike Sonko has raised more concerns after Kalonzo Musyoka's chopper developed a mechanical hitch while he was heading to Homabay for the Azimio rally.

Kalonzo's chopper was forced to land in Suswa while heading to the Nyanza region after the pilot noted a mechanical hitch with the chopper.

While reacting to the unfortunate incident, Mike Sonko has urged Kalonzo to take the matter seriously, especially during this election period. 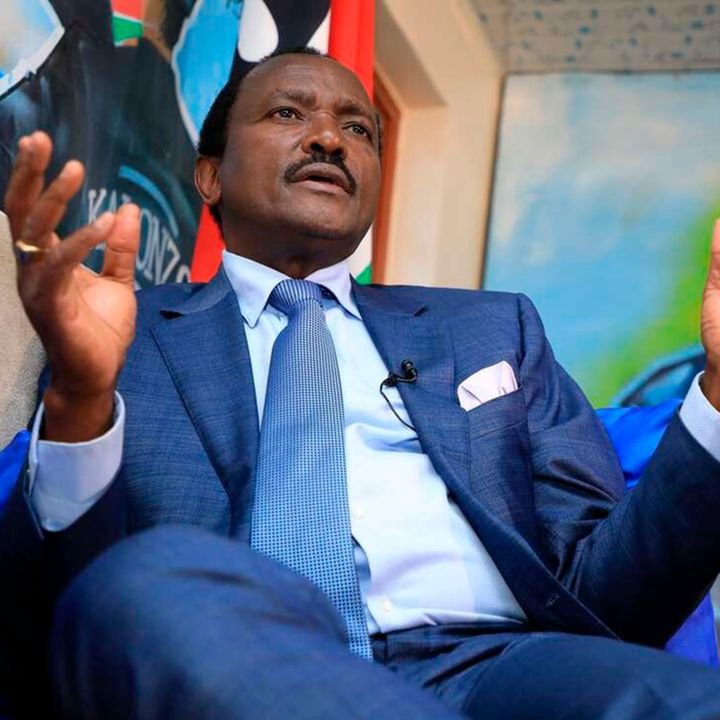 According to him, Kalonzo like the rest of the top leaders should be given the stop security they deserve during this period.

He noted that the mechanical hitch that Kalonzo's chopper developed could be a fishy game aimed at stopping him from getting the position that Raila promised him, the Chief Cabinet Secretary.

Sonko opined that even though Kalonzo did not get the deputy post, which went for Martha Karua, someone could be after stopping him from getting even the Chief CS post 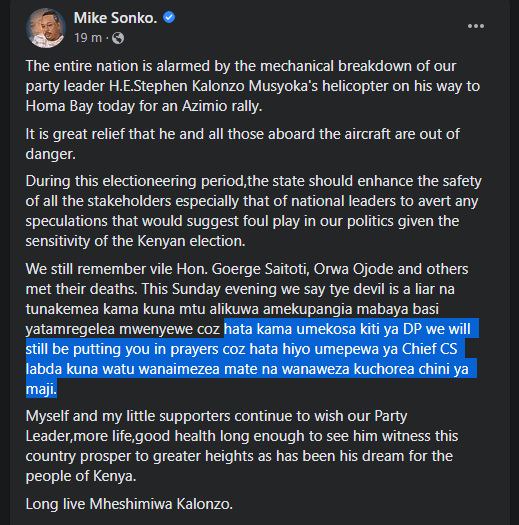 (Even though you missed the DP seat, we need to pray for you, because even the Chief CS post that you were given, somebody could be salivating on it, and the person can set a bait trap for you) According to Sonko, other politicians like George Saitoti faced their deaths in such a manner.

"Huyu Ni Mwanaume, " Remarks Wajackoya Made About Ruto At Bomas

Raila Odinga to Address The Nation at 2pm

Raila Odinga Set To Address The Nation at 2PM