By Newsnews (self media writer) | 1 month ago 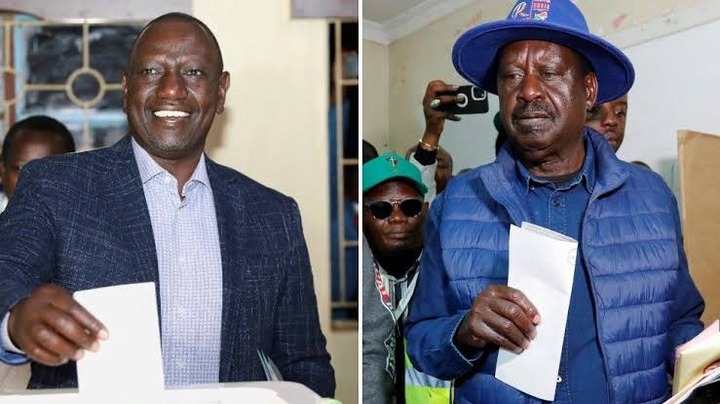 Ahmednasir has now revealed that the overall winner in the presidential race during his exit poll after the polls closed may not go to the courts to challenge for elections. Earlier on, Kenyans noticed a big margin today between the two top horses in the presidential race which has kicked off in the country. According to the emerging reports, the deputy president William Ruto managed to vote as early as six in the morning while the former prime minister Raila Odinga showed up past ten in the morning. This clearly showed a big margin in the voting time where the two leaders decided to turn out and vote ahead of their big day. 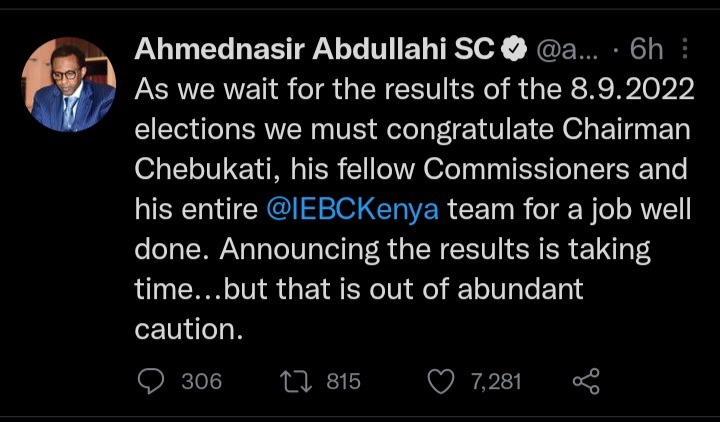 Additionally, it was also clear to Kenyans the big difference that was witnessed as the two top leaders turned out and voted. The former prime minister Raila Odinga was accompanied by a huge crowd as he headed to vote at his polling station contrary to the current deputy president William Ruto who turned out silently and voted. The deputy president was not accompanied by a huge crowd compared to Raila Odinga.

Content created and supplied by: Newsnews (via Opera News )