President William Samoei Ruto defied all the odds to eventually become the fifth President of the Republic of Kenya. The man from Sugoi cuts the niche and holds a dubious distinction as the only political player who has ascended to the top seat on his first ever stab. Ruto has emerged as a real political go-getter and chest master. 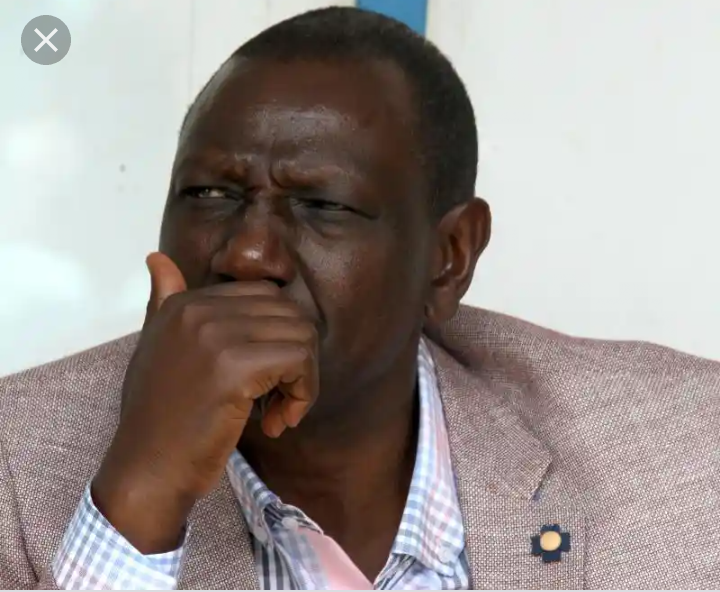 The enormous and overwhelming support that he received from Mount Kenya region indeed was key and played a pivotal role in his ascension to this top seat in the land.

His Deputy Rigathi Gachagua was indeed a great asset to his political success despite many castigating him when he landed this lucrative chance to be the President's running mate.

As the words have it that there is neither permanent friendship nor enemity in politics, latest political prophesy has allegedly emerged regarding what seemingly awaits the President and his key Mount Kenya allies, notably his Deputy, Rigathi Gachagua.

Hon Weston Wanjohi is now hypothesising that a section of Mount Kenya will divorce President William Samoei Ruto with the Head of State retaining Kiharu Member of Parliament Ndindi Nyoro who is likely to lead the faction allied to him (Ruto).

Of late, there have been endless theses and perceptions that President Ruto is likely to fallout with his Deputy Rigathi Gachagua with the former likely to settle on Prime Cabinet Secretary Wycliffe Musalia Mudavadi as his running mate come 2027.

The statements made by Nyeri County Governor Mutahi Kahiga on Friday, really revealed that there is indeed something fishy cooking in the Ruto-Mount Kenya marriage. But only time will tell. 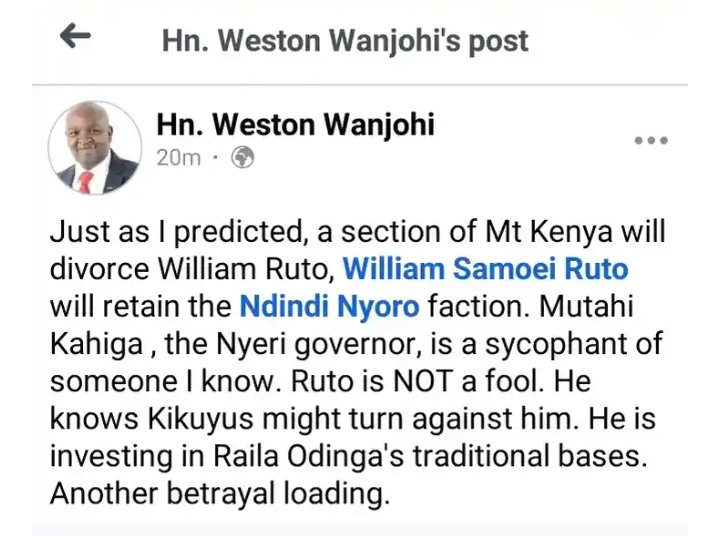 Above being personal hypothetical observations of one, Weston Wanjohi, real drama is expected to unfold as the country continues to gradually stride towards 2027.