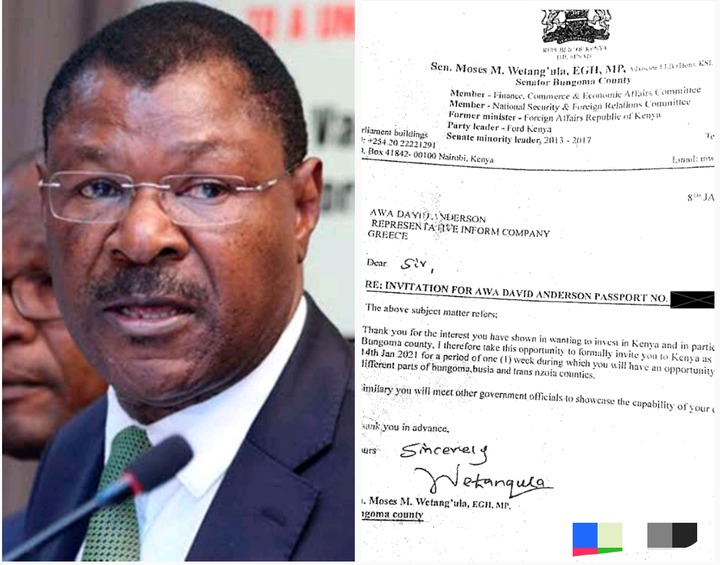 The Suna East Member of Parliament Junet Mohamed has alleged that the Independent Electoral and Boundaries Commission chairman Wafula Chebukati and Bungoma County senator Moses Wetang'ula convened a meeting in Karen where they allegedly hammered out a deal to have Greek ballot printers firm handed tender to supply 200 million ballot papers for the August 9 General Election.

These claims by Junet Mohamed comes at a time when there is a debate surrounding reports that the Bungoma Senator Moses Wetang'ula is linked to the Greek firm offered the ballot printing tender.

Junet further alleged that the officials of the Greek firm allegedly visited Kenya disguising themselves as potential investors in Bungoma.

Suna East lawmaker has also alleged that Wetangula sent someone called Makokha Abdalla to Greece in a plot to rig the August 9 polls.

"When IEBC announced ballot papers tender Wetangula sent someone called Makokha Abdalla to Greece and invited those guys from Greece to Kenya pretending to be people wanting to invest in Bungoma. They had come for a deal with Wetangula," Junet said. 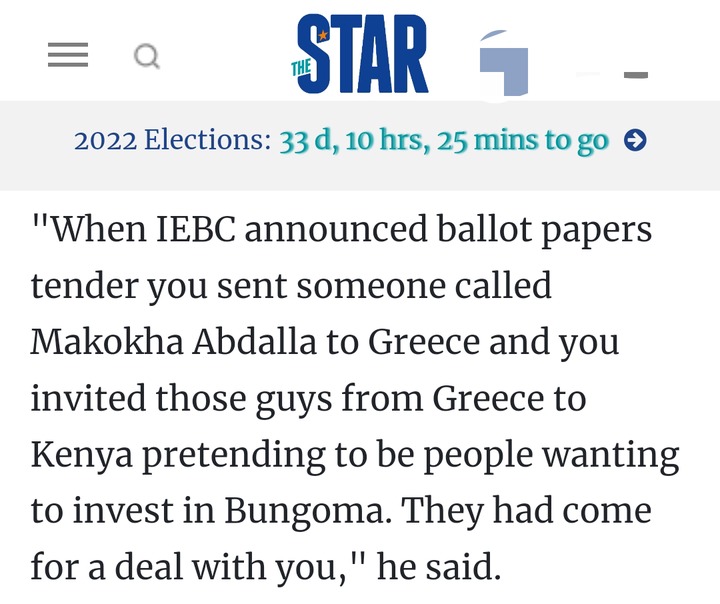 However Moses Wetang'ula on Wednesday denied knowing Abdalla and and he further dismissed claims by the Suna East MP as false and malicious allegations.

However, 4 letters alleged to be from Moses Wetangula's office have emerged. The letters are allegedly signed by the Bungoma senator. The four letters include a letter where Wetangula allegedly wrote to the Greek ambassador to Kenya, Antonios Sgourpoulos, on June 10, 2021, pushing to have Joshua Abdalla Makokha issued with a Schengen visa to enable him to travel to Athens, Greece. Junet alleges that this is when election rigging plot was schemed. 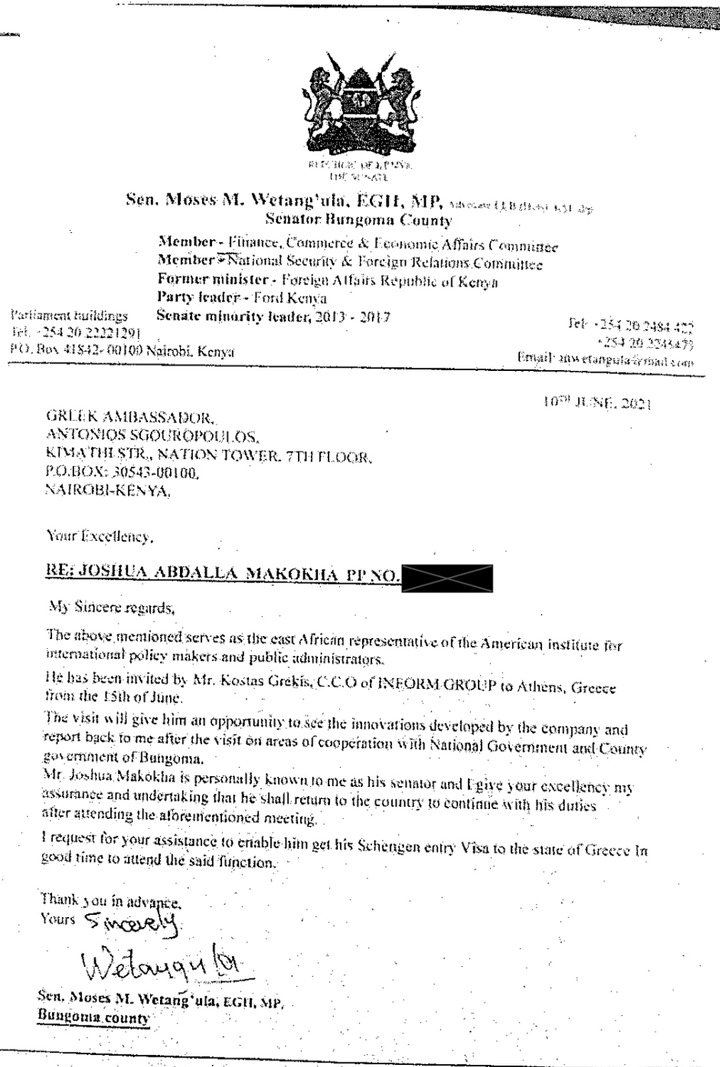 Other three letters allegedly sent by Wetangula to Awa David Anderson, Antonio Ramon Fernandez and Gkrekis Konstantinos inviting them to Kenya for investment purposes have emerged. These are reportedly the owners of the company given tender to print election ballots. It is alleged that Wetangula had invited them for investment in Bungoma but they ended up landing the lucrative tender from IEBC in a plot to rig elections. 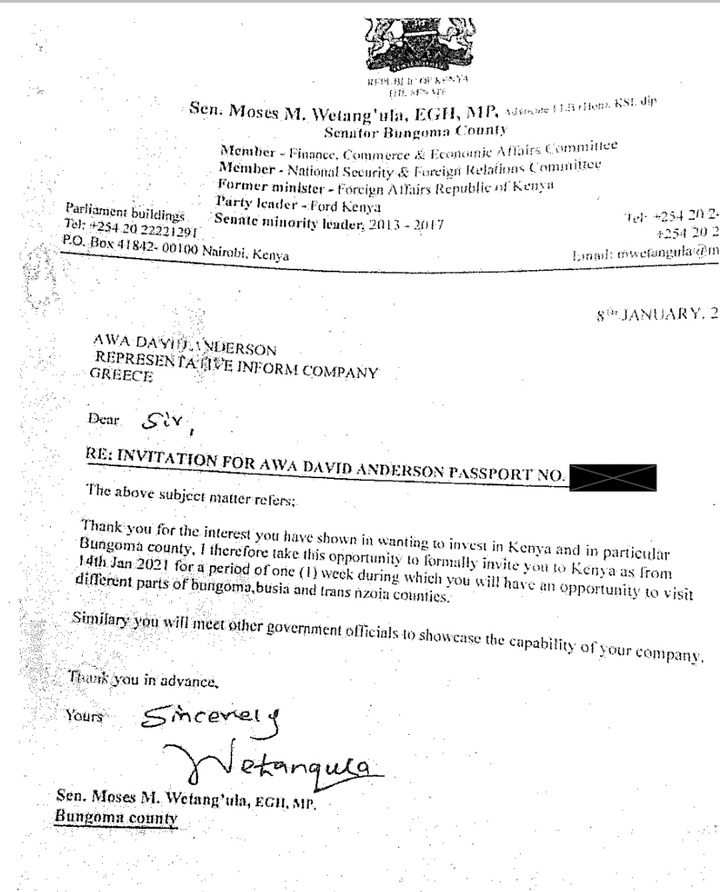 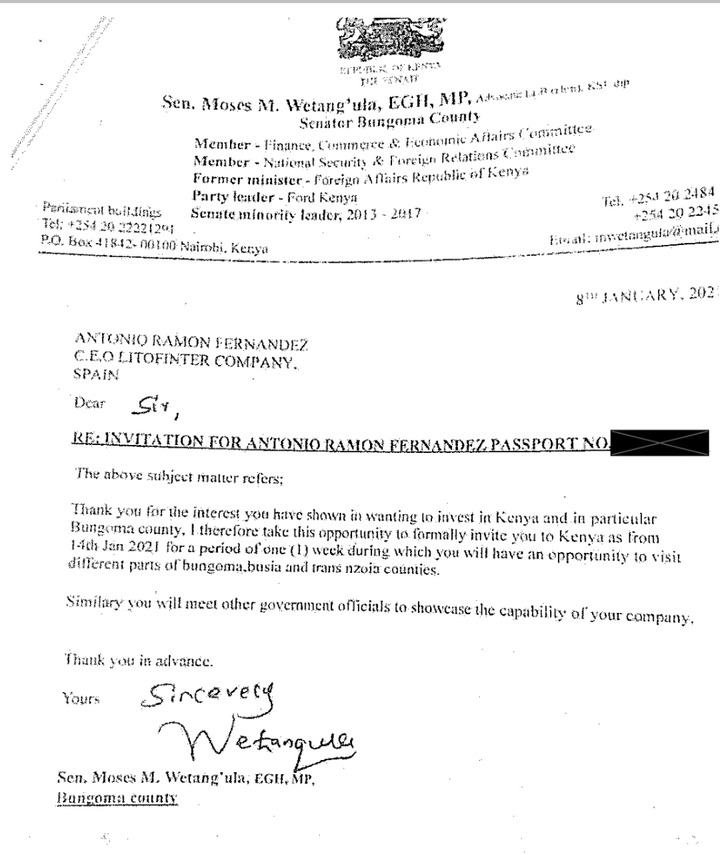 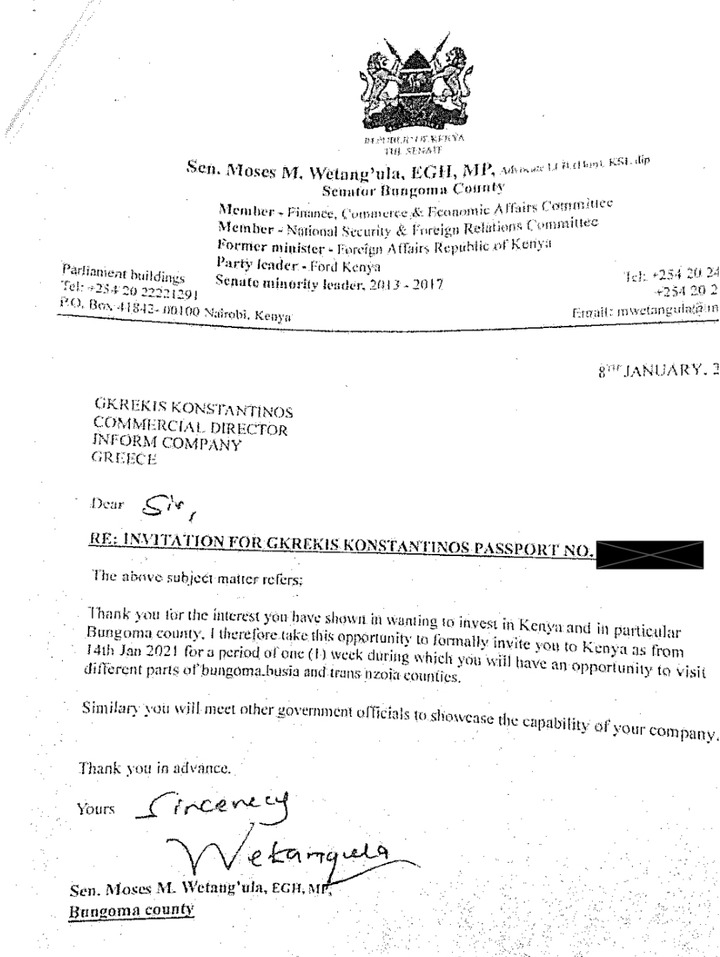 3 Azimio Top Campaigners That Have Gone Silent Since Ruto's Declaration As The President Elect.

Will Azimio Get Their Numbers Right? Clock Ticks On Petition Timeline

IEBC Official Shot After Being Kidnapped, Ordered to Change Form 35A in Favor of Another Candidate