VIDEO: Narok Residents Allegedly Walk Out of Raila's Rally Before he Finished His Speech on Sunday 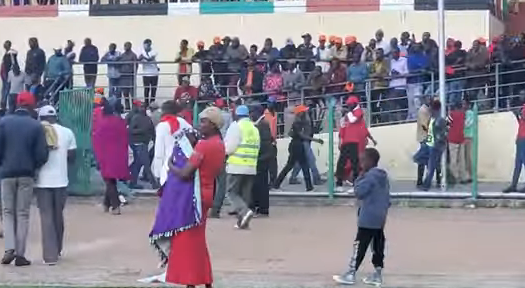 A section of Narok residents on Sunday allegedly walked out of Raila Odinga's rally which was taking place at the Ole Ntimama's Stadium, as the Azimio La Umoja One Kenya Alliance presidential candidate was still giving his speech.

The residents could be seeing heading to the stadium doors, while Raila was talking about how his government would fight corruption and invest in good health.

Earlier on, Raila who was accompanied by his running mate, Martha Karua, Kitui Governor Charity Ngilu, former Gatanga MP Peter Kenneth and his close ally Junet Mohamed among other leaders said that he is keen to make Kenya better if elected as the next president in the August polls.

Raila added that his government is keen to fight poverty since he is ready to lead the country through the economic revolution, saying that his decision to settle on Karua as his DP is a signal that the country is heading for a change,with women on board.

The Narok rally is the first joint campaign Raila is doing alongside Karua after unveiling her as his deputy on Monday May 16, during an event that took place at KICC.

Karua on her side side that the Azimio Camp is a team that has hardworking leaders who are keen to change the lives of Kenyans, and called upon the Narok residents to vote for Raila in the August polls, as well as leaders who are eyeing different positions under the Azimio banner. 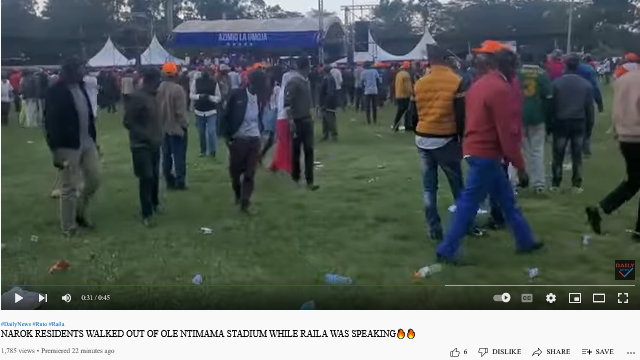