Video: Kondele Youth in kisumu Brave Cold Night as They Dance And Blow Whistles Ahead of Voting

The day that Kenyans have been anxiously waiting for has finally reached as millions of voters are set to cast their votes in their respective Polling Stations. The most anticipated election is the Presidential race which will see both Azimio La Umoja Flag bearer, Raila Odinga and Kenya Kwanza Alliance Flag bearer, William Ruto competing for the same seat. 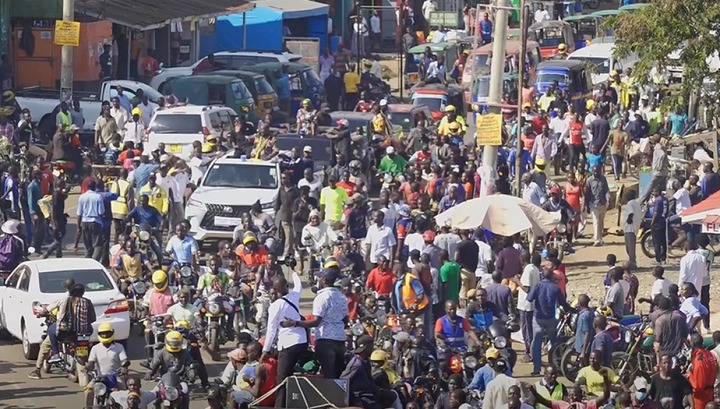 Video of a group of Kondele youths from Kisumu braving the cold night as they dance and blow whistles to wake up their counterparts to go and vote early has gone viral. The youths can be seen dancing in jubilation as they blow their whistles in accordance to Raila's "Firimbi Movement" meant to urge his followers from his strongholds to turn in large numbers and vote for him. Political analysts have insisted that this election's Presidential winner will likely be determined by the number of turnout in their backyard. Both Raila Odinga and William Ruto have frequently urged their supporters from their strongholds to turn up in huge numbers.

Azimio La Umoja Presidential Candidate, Raila Odinga enjoys huge support from Luo Nyanza region especially Kisumu County which is considered his stronghold. The Azimio La Umoja Flag bearer has urged his supporters to turn out in huge numbers and vote for him.