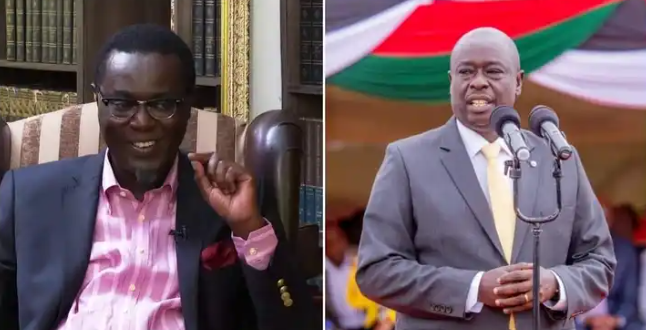 According to Prof. Mutahi Ngunyi, the Deputy President of Kenya, Rigathi Gachagua, would have done to Uhuru Kenyatta today if the Country's Second in Command had been in charge.

In response to a viral picture of PresidentUhuru walks in the middle next to the visiting Burundi President, Ruto moving sideways.

The leaders met today in Nairobi at the Inter-Congolese peace consultation, where Uhuru Kenyatta is the peace negotiator in charge.

Kenyans were shocked to see Ruto, the current president, walking on the edges rather than in the middle, as is required by protocol.

In his response, Prof. Mutahi Ngunyi takes aim at Deputy President Gachagua, who was not present, but he praises President William Ruto for his statesmanship.

He has asserted that he would have approached the former President if DP Gachagua had been walking alongside Uhuru. 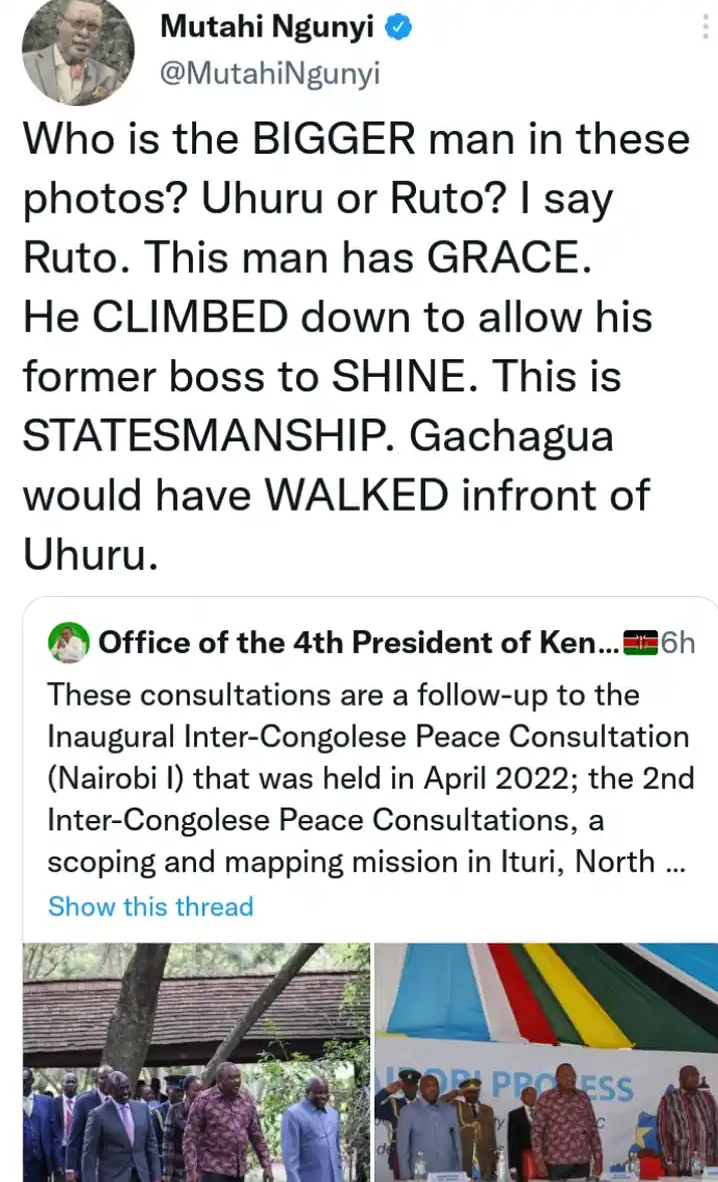 Despite the fact that he and Uhuru Kenyatta appear to be at odds,It appears that William Ruto is moving forward.