By Summary (self media writer) | 5 months ago

Popular blogger Dennis Itumbi has come out with a list of issues he claims were deliberated during President Uhuru Kenyatta’s Mombasa Meeting where the ODM leader Raila Odinga and OKA leaders were present. 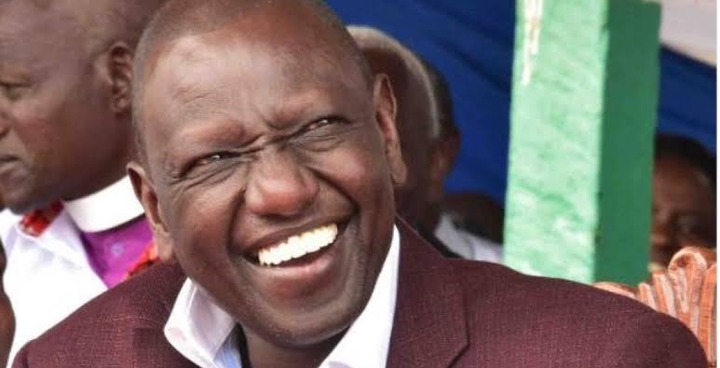 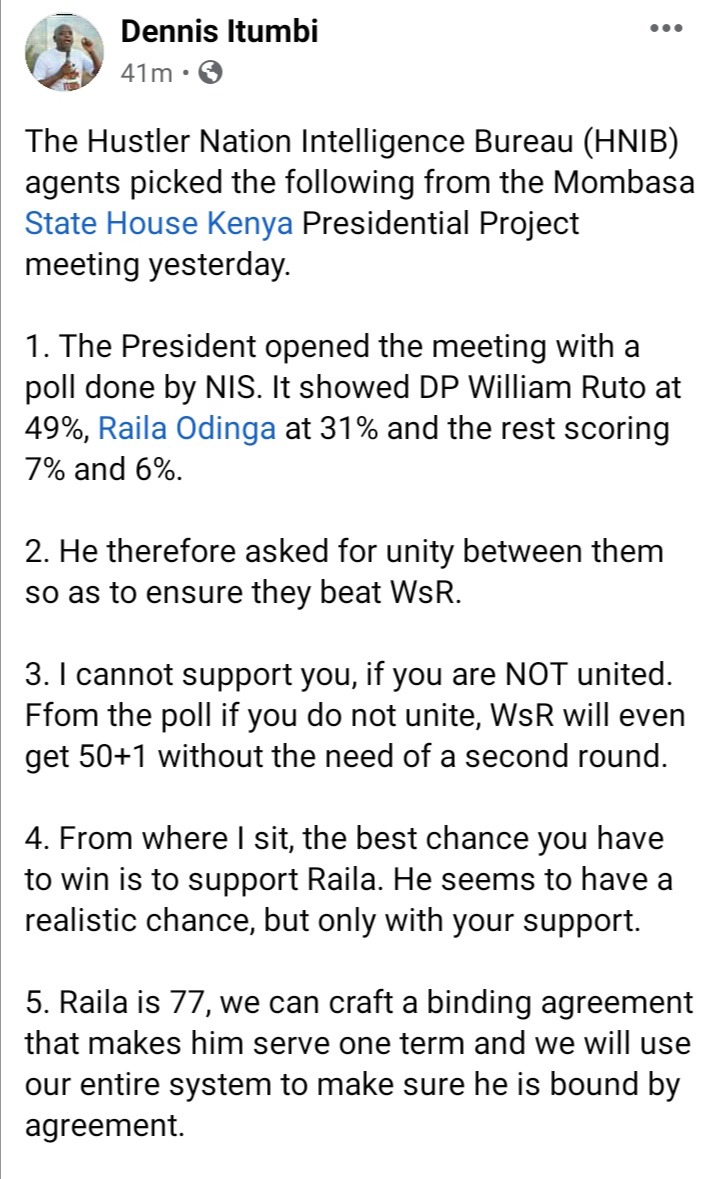 According to Itumbi the National Intelligence Service conducted an opinion poll which established that the Deputy President William Ruto is leading, followed by Raila Odinga closely then the rest share small percentage of the votes.

Itumbi claims that the Opinion poll presented by President Uhuru Kenyatta during the meeting told the leaders that DP Ruto is leading with 49 per cent while Raila had 31 per cent. He claims the rest shared 7 and 6 per cent.

Itumbi claims that President Uhuru Kenyatta warned the OKA leaders that if they don’t support Raila Odinga then they risk losing to DP Ruto whose popularity is growing each passing day.

The opinion poll is no doubt good news to the Hustler Nation given that they have a time to grow their support base past the required 50+ 1 required percentage of the total votes for the presidential seat.

The remarks by Itumbi are different to what State House Kenya said was discussed during the Mombasa Meeting.

According to a statement released by Kanze Dena, the Mombasa meeting was about fighting the Covid-19 pandemic, revamping the economy and enhancing National Cohesion.

Expectations Ahead of Mudavadi's Earthquake Announcement

Who is Norah Bosibori, the Trending Lady who Wants to Replace Simba Arati as Dagoretti North MP