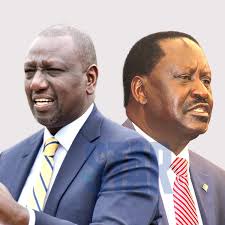 The former second Prime Minister of the Republic of Kenya is not leaving anything to chances as he prepares for the fourth coming general elections to be held in August this year. Hon Raila Amolo Odinga and his team is working tirelessly as he tries to consolidate his votes across the country. More so, his stronghold regions. One of them being the Western Region of Kenya.

It has been revealed how the Orange Democratic Movement party leader Hon Raila Amolo Odinga scheming in Western Region of Kenya for him to easily defeat Deputy President Dr William Samoei Arap Ruto. According to the Nation Africa Kenya, Hon Raila has been striking deals in the region to check DP William Ruto ahead of August polls. Hon Raila brokered a latest deal yesterday when he convinced ODM Trans Nzoia County gubernatorial aspirant to step down for DAP-K gubernatorial candidate. He also promised Defense Cabinet Secretary Eugene Wamalwa a cabinet position in his government. Additionally he appointed Dr Mukhisa Kituyi to his official presidential campaign team. 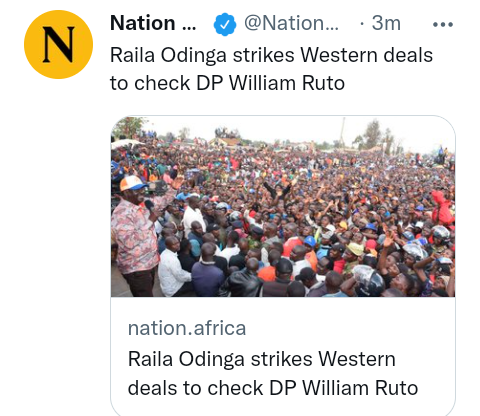