Kalonzo Musyoka has come out public to dismiss claims that he will form a coalition with his former NASA co-principal Raila Odinga and back him in the 2022 presidential elections.

Kalonzo who run as Hon Raila Odinga's running mate in the highly contested 2017 General Elections has said he will be a fool to support Raila Odinga for the third time. This is after Kalonzo again run as a running mate for Mr Odinga in the 2013 Elections.

Kalonzo has said," I will be the most stupid person on earth to support Raila Odinga for the third time without a measure of reciprocity." 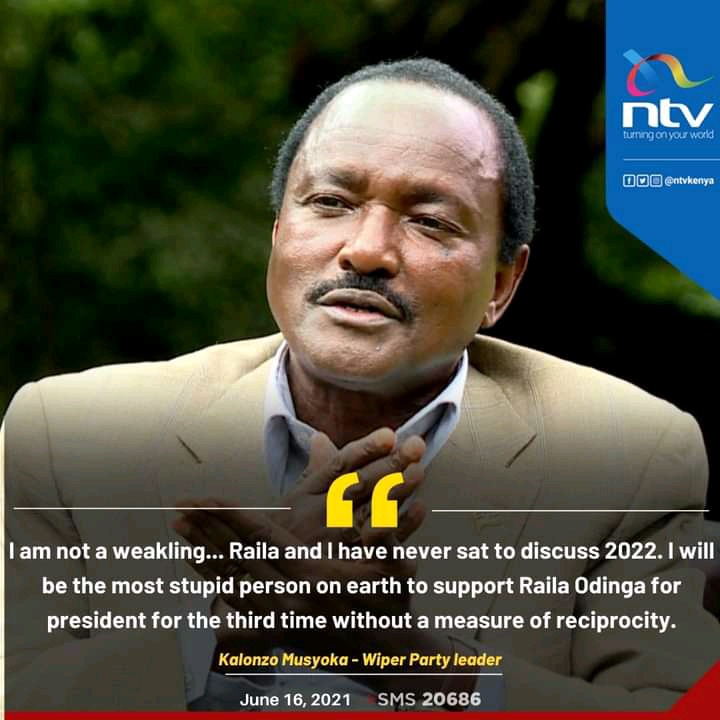 The NASA Principals who supported Raila Odinga had expressed their concern and asked the former Prime minister to return a hand and support one of them in the 2022 elections.

The co principals Musalia Mudavadi, Moses Wetangula and Kalonzo Musyoka wanted Mr Raila Odinga to support one of them in an attempt to clinch the presidency. 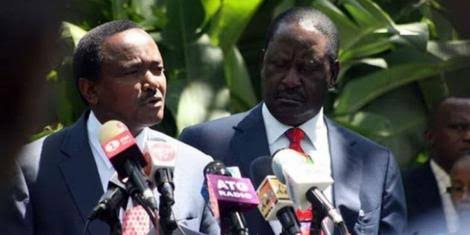