Just hours after Deputy President unveiled his manifesto, his top competitor Raila Odinga of Azimio la Umoja has poked holes in the document.

The UDA Presidential Candidate unveiled the manifesto at the Kasarani Stadium on Thursday evening, which addressed a number of things they are set to deliver if they win power on August 9.

Raila Odinga, through his Spokesperson and Presidential Campaign Secretaria Professor Makau Mutua, has issued a statement, in which he has described DP Ruto's manifesto using one word, "underwhelming"

According to Raila's man, what was unveiled was nothing but empty promises and slogans.

"The evening was punctuated by empty promises, slogans, and headshakes. The most important issue facing this nation was conspicuously missing from the UDA manifesto," he noted.

What was allegedly missing 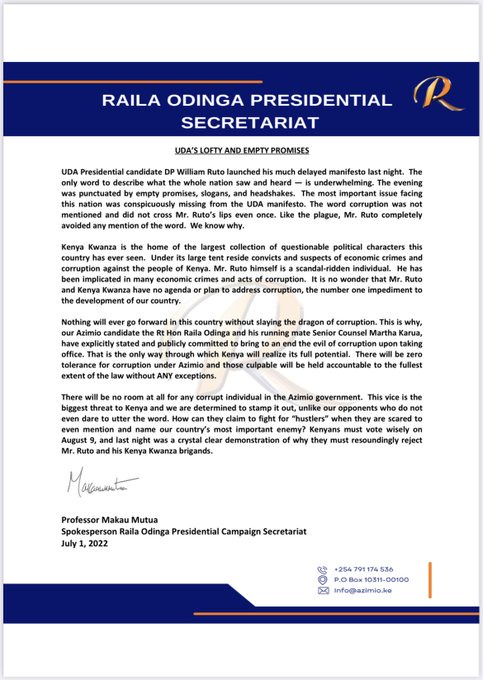 According to Raila's man, DP Ruto avoided the topic of corruption in his manifesto, yet it is a major setback in this nation.

Prof Makau noted that DP Ruto deliberately avoided addressing corruption in his manifesto because he has allegedly been mentioned in several scandals that touched on corruption.

"The word corruption was not mentioned and did not cross Mr Ruto's lips even once. Like the plague, Mr Ruto completely avoided any mention of the word. We know why," he added. 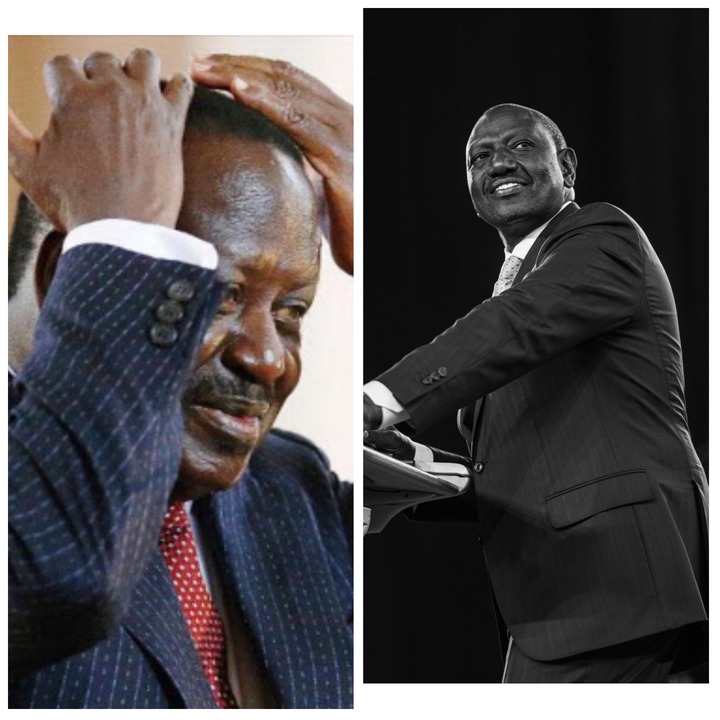 Prof Mutua went further and promised that if Raila forms the next government, cases of corruption in Kenya will be reduced to square zero at all costs.

"How can they claim to fight for "hustlers" when they are scared to even mention and name our country's most important enemy?" he posed.