By Politicalsureanalyst (self media writer) | 2 months ago

The deputy president William Samoei Ruto's allies have declared to boycott the 2022 polls as they raised allegations and claims that the security forces and KDF officers are planning to rig the 2022 polls in favour of the former prime minister Raila Odinga. 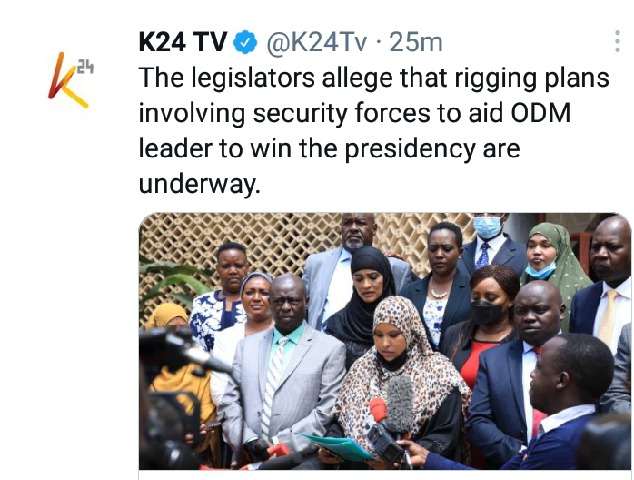 According to the legislators allied to the deputy president William Samoei Ruto, they added that they won't participate in the 2022 election if Kibicho and Matiang’i are not axed from the position of the cabinet secretaries.

They also stated that the other leaders who are also in the plot to help Mr Odinga to steal the next year polls as stated by the DP Ruto include Kibicho and the National intelligence services which are being linked to the scandal. 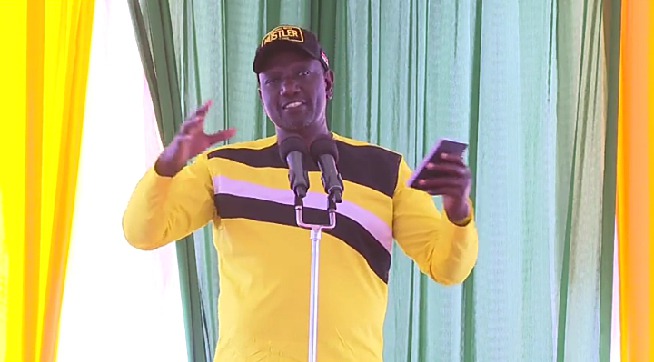 They Ruto's allies headed by Oscar Sudi also stated that the deputy president William Ruto won't participate In the polls if the duo won't be axed from the position of cabinet secretaries.

Ruto's allied headed by Alice Wahome further added that he won't allow the deputy president William Ruto to participate in the polls if they won't be removed in two weeks time.

According to the Raila allies too, they added that the deputy president William Ruto has sensed defeat for the upcoming general elections and is just looking for ways to console himself.

Do you believe with the claims of the deputy president William Samoei Ruto's allies? Kindly leave a comment.

Mortuary Attendant Excites His Date As He Reveals His Monthly Salary