Siaya County has brought about one of the biggest challenges for ODM party with the Raila led Party facing tough competition against opponents. Despite being Raila's backyard and stronghold, ODM risk losing all the three top county seats if they don't trade careful. The current rebellion from the party from Siaya County has majorly been linked to alleged unfair nomination process during party primaries that saw aspirants being awarded direct tickets against the wish of many supporters. 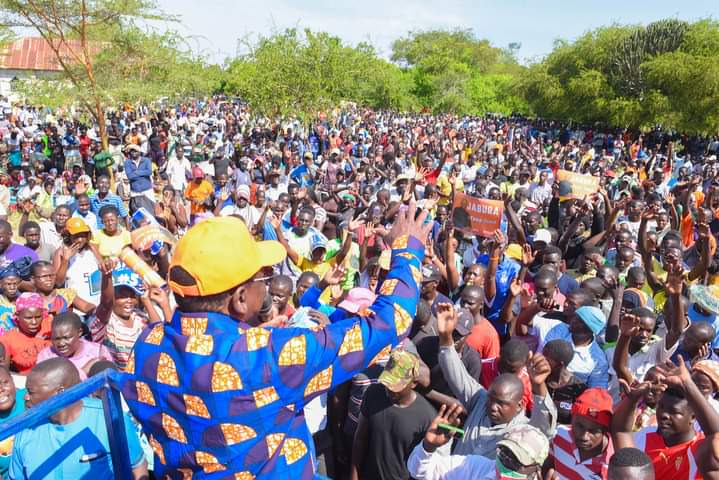 The Gubernatorial race, specifically, is a tough one for the ODM party, with Senator James Orengo facing a hill ahead of him in the name of Nicholas Gumbo. Gumbo is the former Member of Parliament Rarieda Constituency and will be seeking the Siaya Gubernatorial seat for the second time on UDM party ticket. Both UDM and ODM are in the Azimio la Umoja One Kenya Coalition Party. 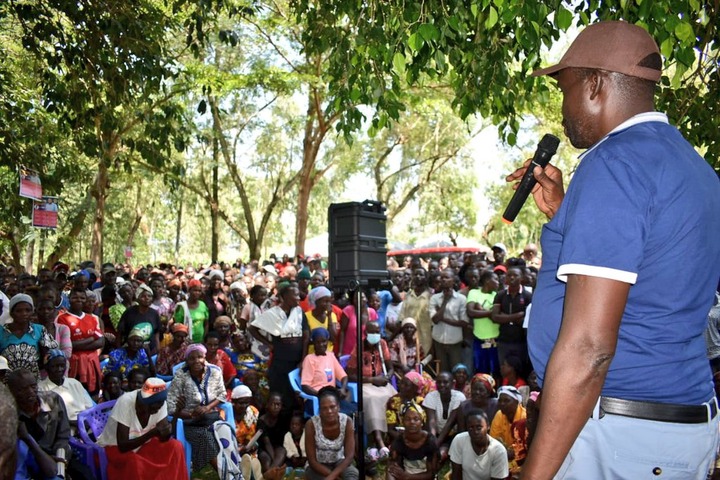 James Orengo will be facing one of the toughest political competitions he has ever faced before. While in one of his campaign trails today, a section of Siaya County residents raised a flag with orange colours an pictures of Orengo and his running mate William Oduol, before saluting it in show of loyalty to the senator and his Gubernatorial bid. 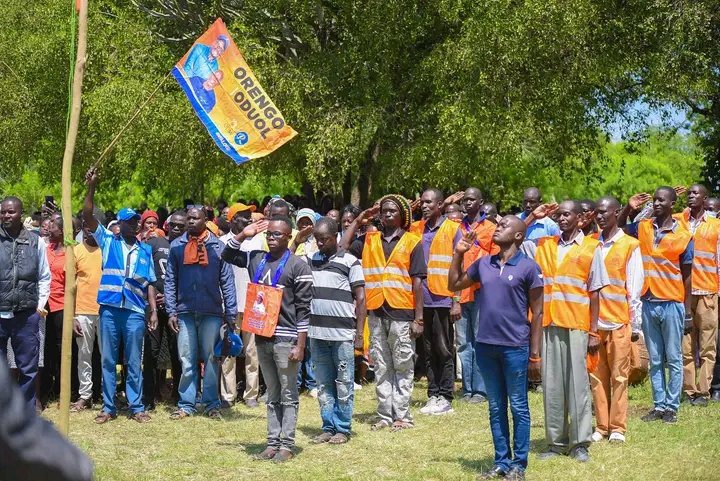 This is but just one of the many actions a section of Kenyan political enthusiasts and aspirant loyalists have been taking over this campaign period as a show of loyalty and unshaken support. 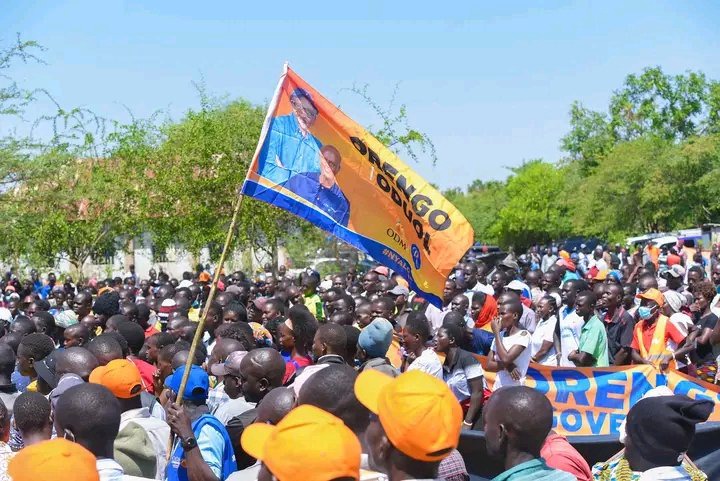 Depsite the heated competition and mass rebellion from ODM party candidates in Siaya, Orengo will still be hoping to succeed Cornell Rasanga as the second Governor of Siaya County come August. Azimio la Umoja Presidential Candidate Raila Odinga will however have to be careful in handling the two candidates, Orengo and Gumbo so as to avoid being rebelled against by his home county voters.