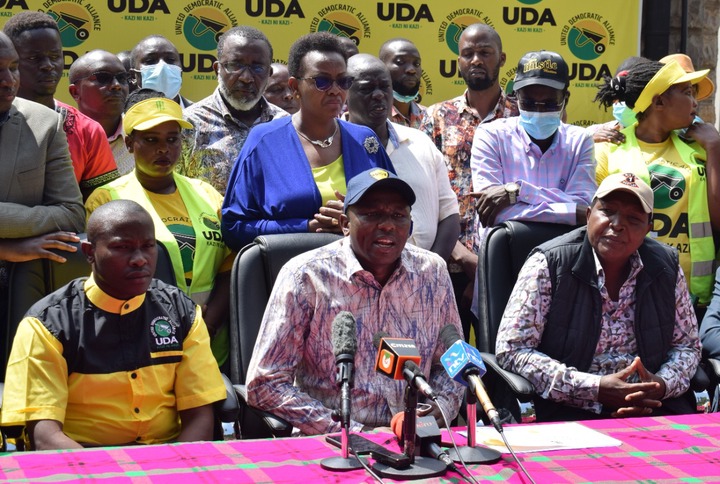 United Democratic Alliance Movement of Deputy President William Ruto, has send a early warning to rivals ahead of Kiambaa and Maguga By-Elections set to he held on 15th July, 2021.

Upon issuing certificate to aspirant for the aforementioned parliamentary and ward contest, UDA party Secretary General, Veronica Maina has said, the party will lead a very peaceful campaign, telling their rivals to expect a tough race, stating the party is out to grab all the seat come that day. 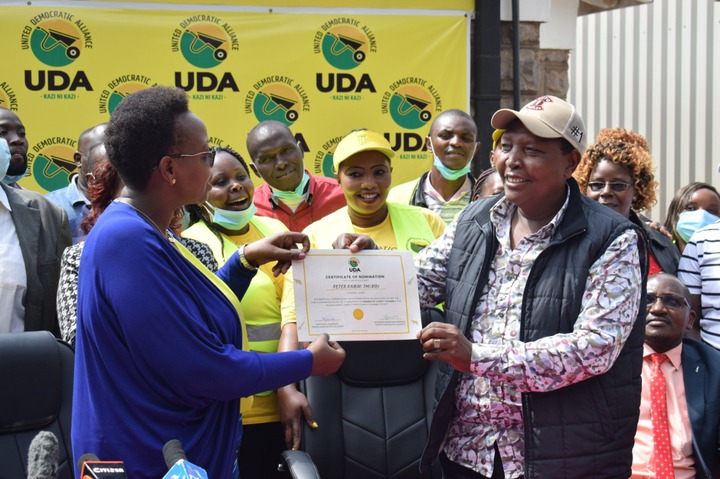 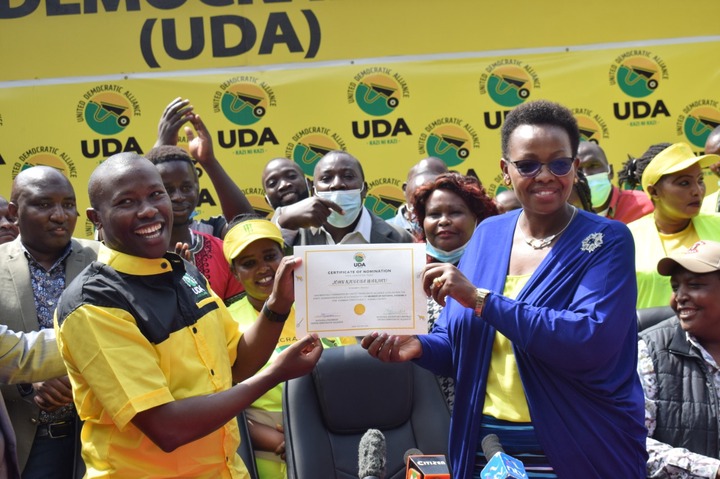 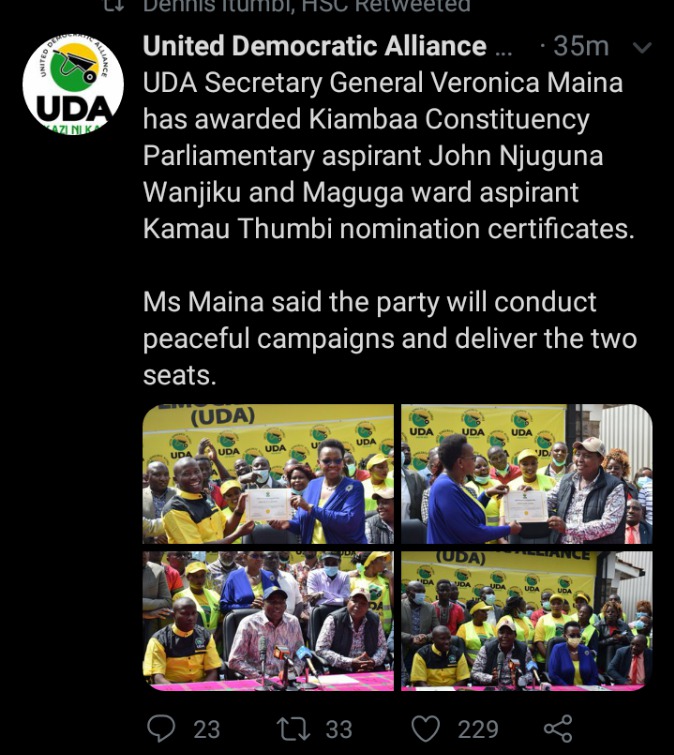 UDA is likely to contest Jubilee party that his vowed to change the norm of operation just to bounce from 3/3 lose including in President Kenyatta's backyard as Ruto and Raila Odinga got victory.

Through the party secretary General Rafael Tuju said, the ruling party is set to go via Interview to pick candidate contrary to usual nomination and announce their Candidate as per Nomination rule 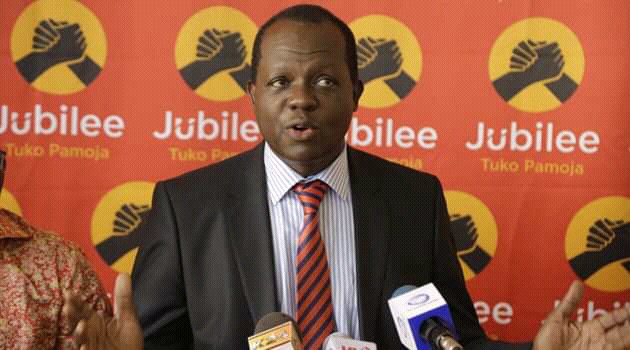 Both Maguga ward and Kiambaa constituency seats were left vacant following the demise of Eliud Ngugi and Paul Koinange who succumbed to Covid complications respectively.