By Polimachime (self media writer) | 6 months ago

Many people are not aware of the reason for the killing of the former Libya president Muamar Gaddafi. Many are aware that Gaddafi was a dictator and that's the reason he was killed which's not true. Gaddafi was concerned with improvement of the lives of Ordinary citizens and this contributed to his murder. 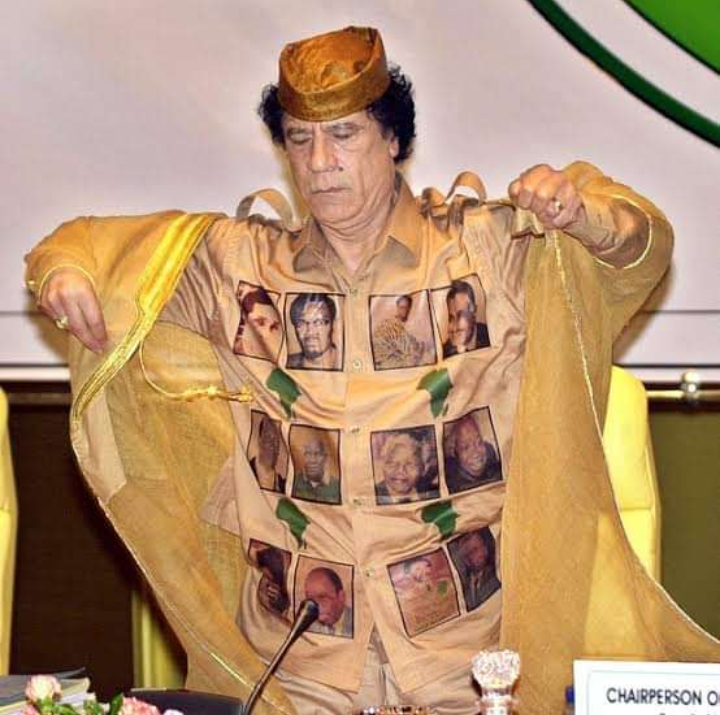 The following are some of the reasons he was killed.

1. In Libya during Gaddafi era,A portion of Libyan oil income was credited directly to the bank accounts of the Libyan citizens.

2. Gaddafi carried out the world's largest irrigation project which was referred to as Great Man Made River Project to make water readily available to the desert region of Libya.

3. If a Libyan was unable to get employment after graduation,he/she was entitled to the salary of his level of academic qualification until they secure employment.

4. A mother who gave birth in Libya Received $5,000 Us dollars to supplement the new born while new couples were given $50,000 to set up apartments inorder to start their marriage life.

5. Incase a Libyan wanted to do farming,they received pieces of land, farming house, equipments and all the seeds to start the farming activity.

6. If Libyans didn't get proper medical and education facilities in Libya, they received sponsorship from the government which paid all the expenses abroad including acomodation and a car allowance.

7. The government subsidized 50% of the expenses if a Libyan bought a car during Gaddafi's era while the price of petrol was $0.14 per litre in his era.

8. Home was considered a basic need and there was no electricity bill in Libya during Gaddafi's era.

9. There was no interest on loans in Libya and all banks were owned by the government. Loans were given to all the citizens at 0% interest rate.

10. Education and medical facilities were free in his era. 25% of the Libyans had degrees in Gaddafi's era.