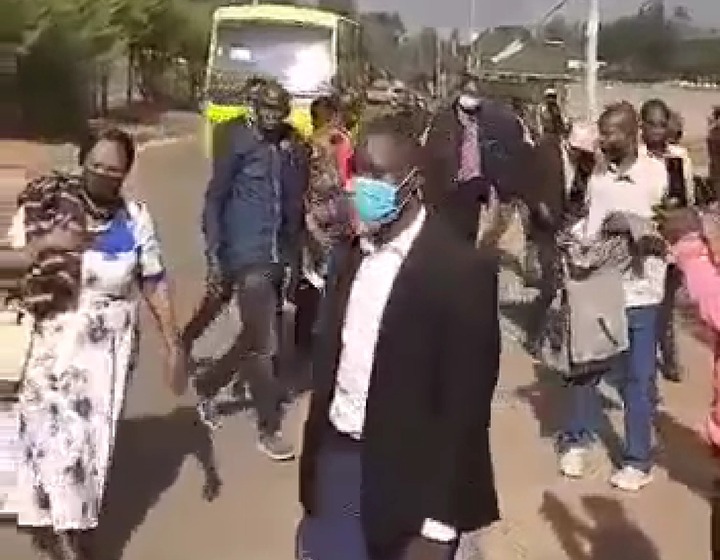 A contingent of youths today staged a drama outside Deputy president William Ruto's Residence in Karen, Nairobi while shouting Raila's name and ODM after the unknown transpired between the Dp and the group that had reached out after invitation by His management.

Videos taken closely showed tens of young people who were moving out of the Main gate from the Compound, and splitting to different directions. They then barricaded the road for sometime and started shouting that Raila Odinga is their Candidate and they will be voting for Him overwhelmingly. Some even started to mension the popular words 'Tibim' and Inawezekana' that is usually used by ODM during their Campaigns.

"ODM is the Good party, we want ODM and the dynasty, UDA has nothing to offer. We are venye tired of the games we are being subjected on, we haven't even eaten yet. We also want to state that we don't want people with questionable characters to lead this nation. We must dig your past, we know you. Raila tosha, He is pure. "They said.

In another video, they has been seen earlier inside a tent in the Compound while complaining that they had not been given the money they were promised when called upon. One young man who was not identified said that there are sure that there are some alleged Kartels who took away the cash from Ruto and hid them instead of dishing it out of them, and now they had not even eaten one meal since they arrived.

"We want Hon. Ruto to be told that He has not delivered the promises He gave to the people of Starehe, and that's why we are still Here. We know that there are some middlemen who came through and given the cash to dish out to us but try didn't and now we haven't even eaten since morning. "He said. 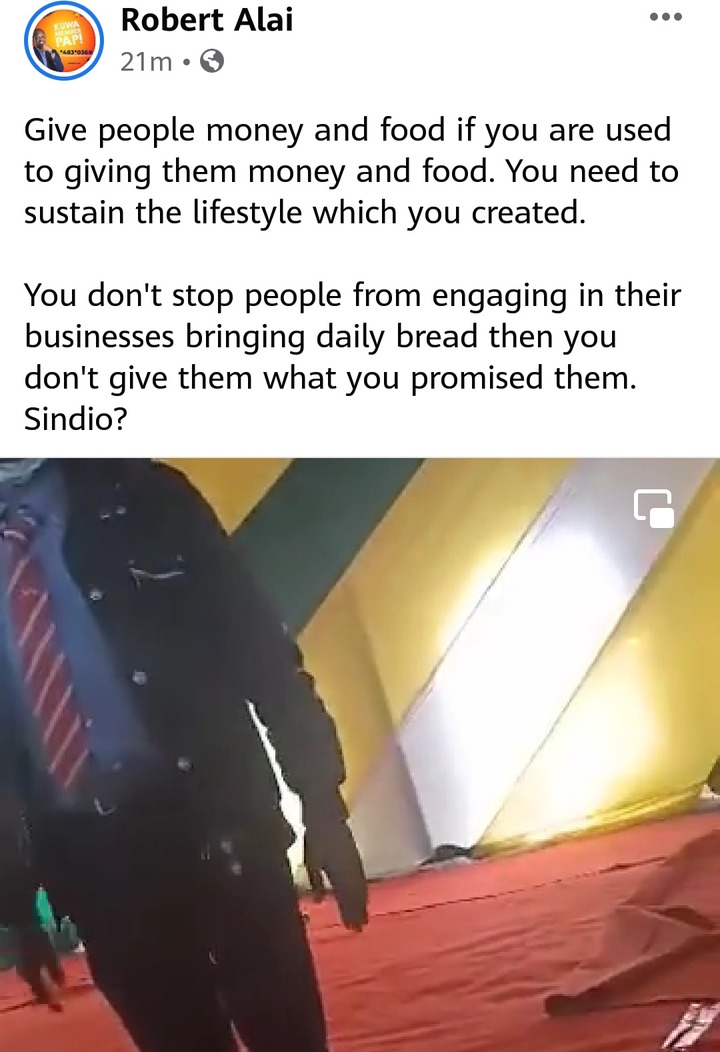 This is not the first time for the same to be witnessed. One month ago, a group of people who had traveled from Western region to come and see Ruto were stranded outside His home after their hopes for engaging Him and being given the money they had allegedly been promised never took place. They later looked for ways around, and ODM leaders called upon Ruto's allies and Western leaders to rush with speed and help them out.

The drama which took some time to cool down as the youths took different directions has ignited a very big conversation with Ruto supporters trying to defend Him and His ideologies, while ODM side celebrating the failure and calling out the Dp for most of the economic troubles Kenyans are going through at this time since He was part of the leadership and policy maker.

Watch The Video through this link.