The ODM boss Raila Odinga together with his running mate Hon Martha Karua have today led a mega campaign in Nyeri county as they heat up the political arena with just weeks away from the August 9 elections.

The duo raided various inroads in the county including Karatina where they wooed thousands of residents to support Raila's presidential candidature. 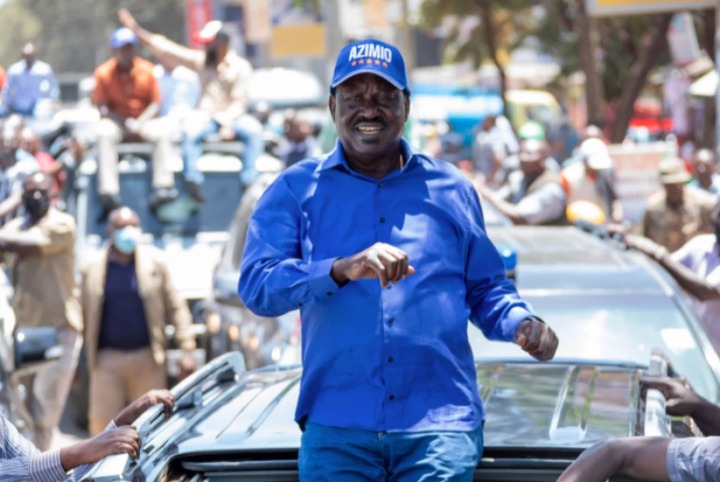 Speaking during the rally, Raila launched another new campaign strategy in pursuit of clipping and turning the Mt Kenya region to his Azimio La Umoja One Kenya Alliance camp. Reminding the residents of Mwai Kibaki's struggle to the country's top seat back in 2007, Raila explained that it's through his intervention that Kibaki became the president.

He went ahead to argue that his move to shake hands with Kibaki via the famous 'Kibaki Tosha' analogy plus numerous campaigns across the country that the region had their son leading the country. With that, the Former Prime Minister told the residents that it's now pay back time and they should all turn up and vote for him in the upcoming presidential contest.

“When he (Kibaki) was down, I am the one who campaigned in all parts of the country for him until we won the elections. Isn’t it? Pia mimi nataka mrudishe mkono kwa niaba ya Kibaki… Mtarudisha mkono?" Raila posed as the crowd applauded. 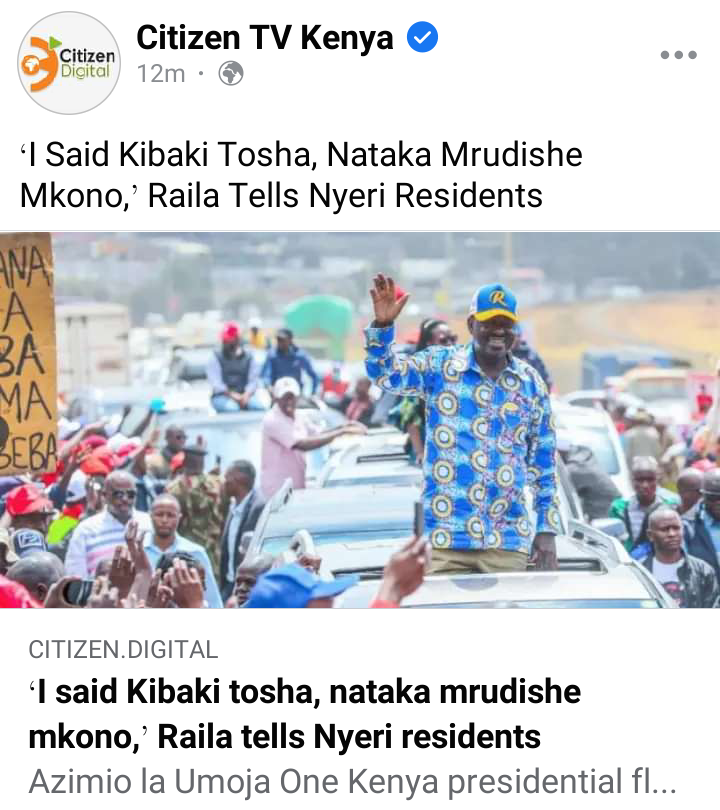 Check some reactions from Kenyans below: 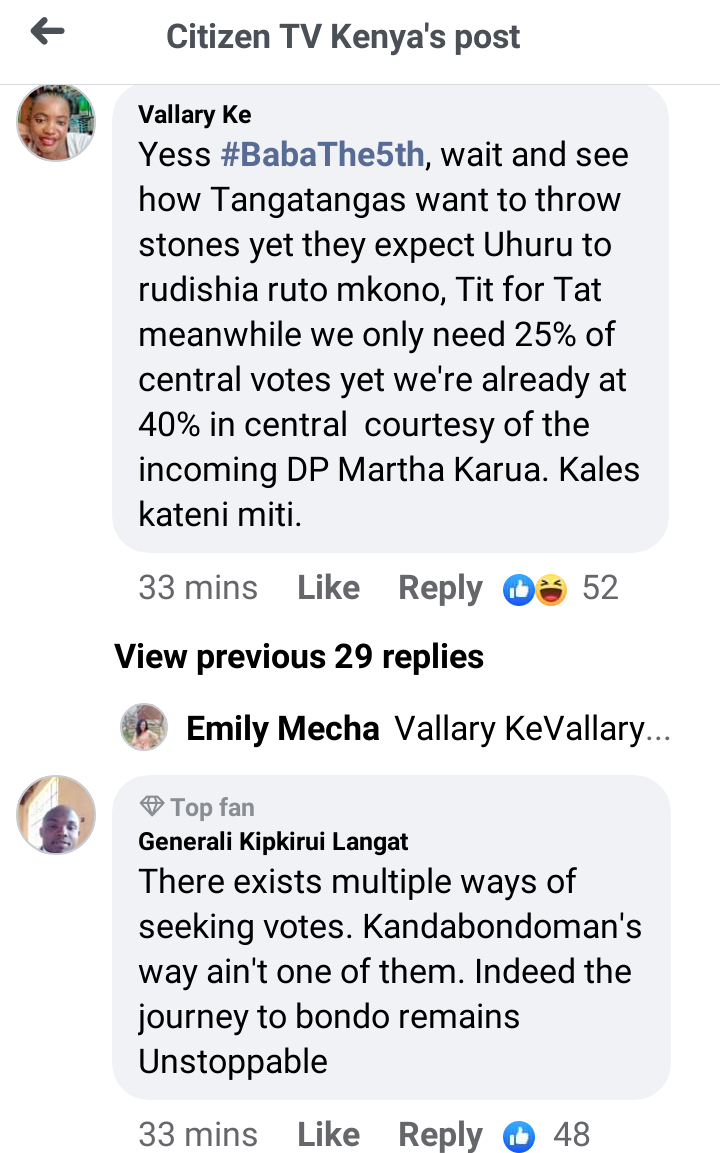 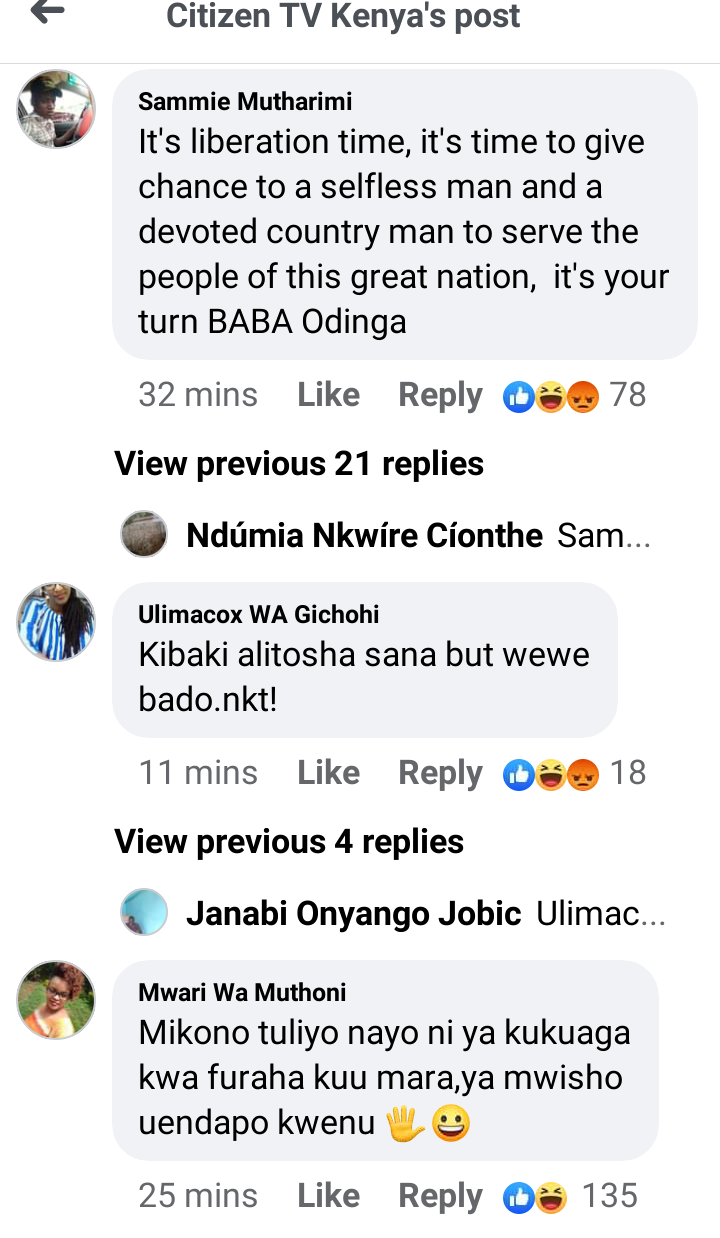 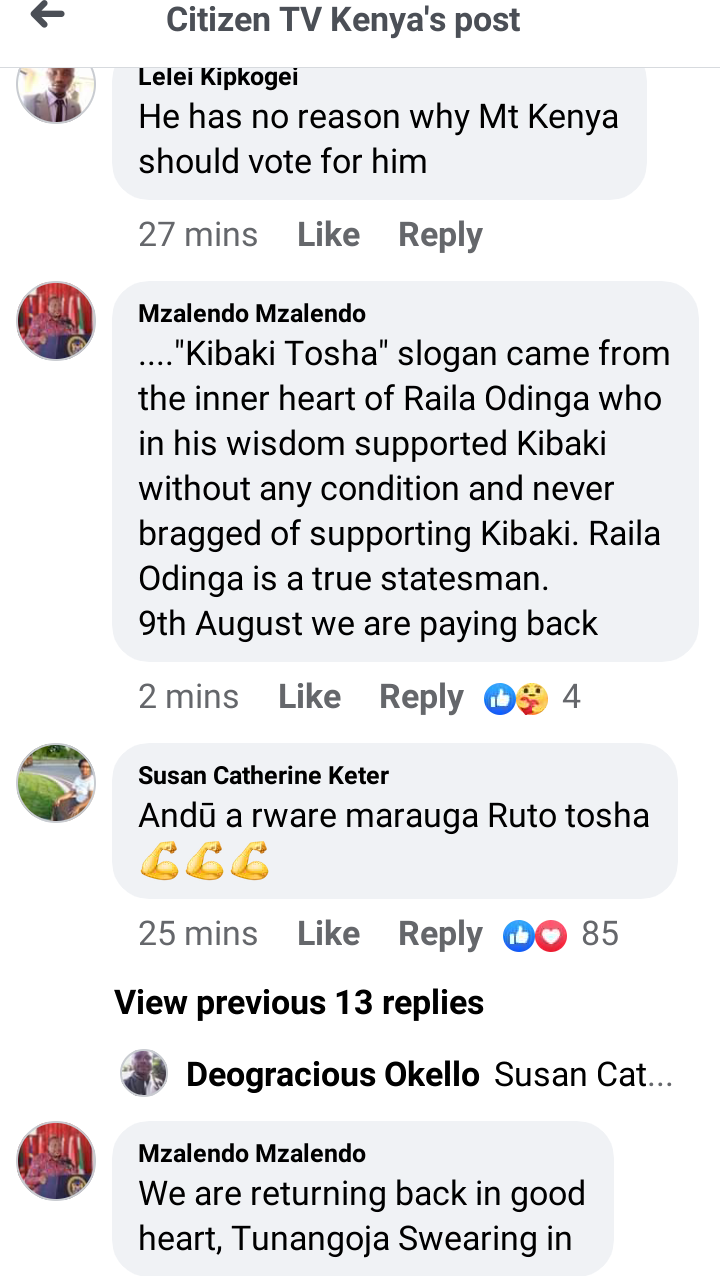 "Women With Tattoos Are Not Wife Material" Kamene Goro Told By Comedian Obinna On Air.

JUST IN: DP Elect Gachagua Tells President Uhuru That Swearing in Ceremony Will go on Without Him

Philip Kisia: Why Uhuru’s Silence On Ruto's Win Is Good For The Country.