By @bravinmusungu (self media writer) | 10 days ago 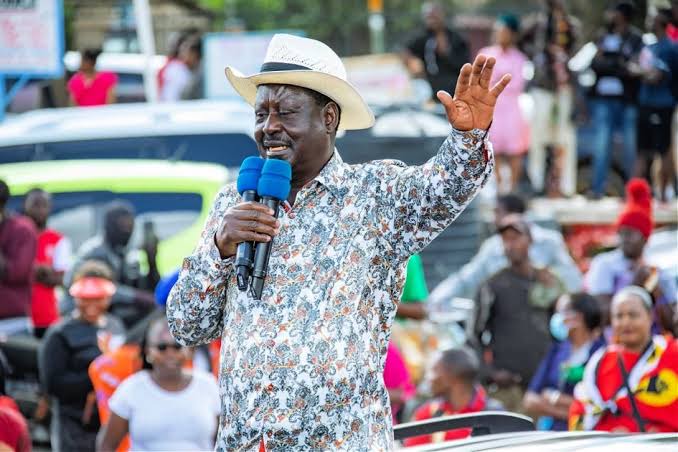 The whole of this week, the talk has been about the Whistleblowers election report that was revealed by Jubilee Secretary General Jeremiah Kioni suggesting that Azimio leader Raila Odinga won the Presidential race against William Ruto. According to the data given out by the IEBC insider in the report, Odinga got 8.1M votes while President Ruto garnered a total of 5.9M votes. At the release of this report by Kioni, Raila Odinga has been out of the country and he is set to return on Monday from South Africa.

Upon his arrival, the former prime minister has said that he will have a public rally at Kamukunji grounds on Monday to address the public about this report by Vanguard Africa.The ODM leader had promised his supporters that will deliver the truth behind last year's general election where he believes his votes were stolen accusing Chebukati of the action. The Whistleblower report just came at the right time and Raila Odinga is set to explore more about the report and give his supporters the way forward. Which action do you think Raila Odinga will announce concerning this report? 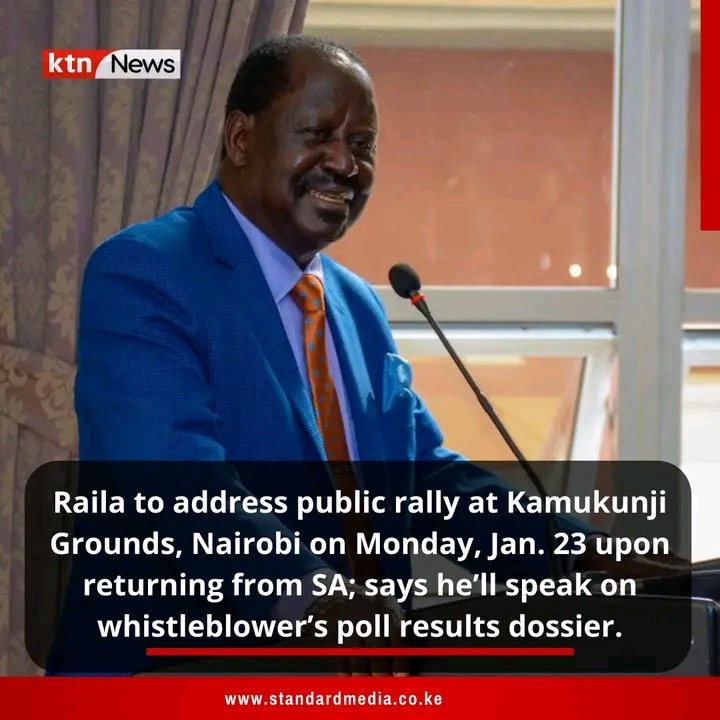