Herman Manyora Registers His Interest In A Parliamentary Seat, Reveals The Constituency He'll Go For 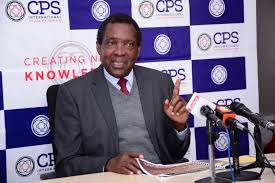 Herman Manyora is a Kenyan professor, political analyst and a panelist. Herman Manyora has for years been keen following up the Kenyan politics. Though he has never been directly associated to any political party, he is seen as if he is supporting the Orange Democratic Movement party leader Hon Raila Amolo Odinga.

Herman Manyora has registered his interest in running for the Westlands Constituency Parliamentary Seat in the fourth coming general elections. According to him, he said that he has immediately started serious consultations since he is seriously contemplating about going for the seat. If he decides, he will be facing off with the Law Society of Kenya President Nelson Havi.

"Now that @NelsonHavi has left a seat that he stood some chance of getting, I am seriously contemplating going for the seat. Traditionally, and in the spirit of national sharing, Westlands has always been a Luhya seat. I have thus, IMMEDIATELY, started serious consultations." Tweeted by Professor Herman Manyora 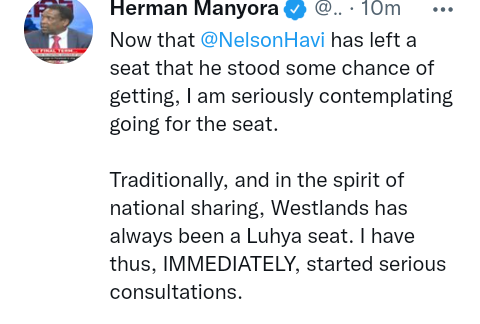