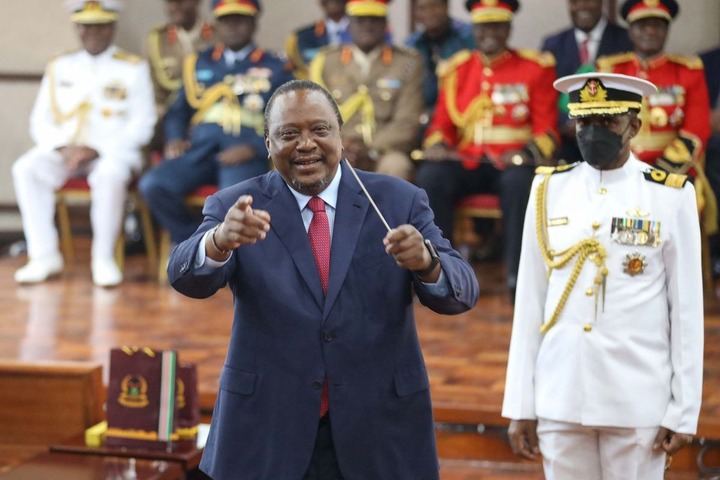 State House has come out to release a statement after reports circulated widely especially from Kenya Kwanza alliance presidential candidate William Ruto's allies of what he plans to do later today. Ruto's camp have sustained protests with accurate revelations that the president plans to hold a media interview which they term illegal.

In a social media statement, State House confirmed the reports circulating widely from Ruto's camp stating that indeed the head of state plans to issue an interview with Gikuyu radio stations later this evening.

"His Excellency President Uhuru Kenyatta will this evening be hosted on radio and television stations that broadcast in Central Kenya dialects for a live interview at State House, Nairobi," the statement read. 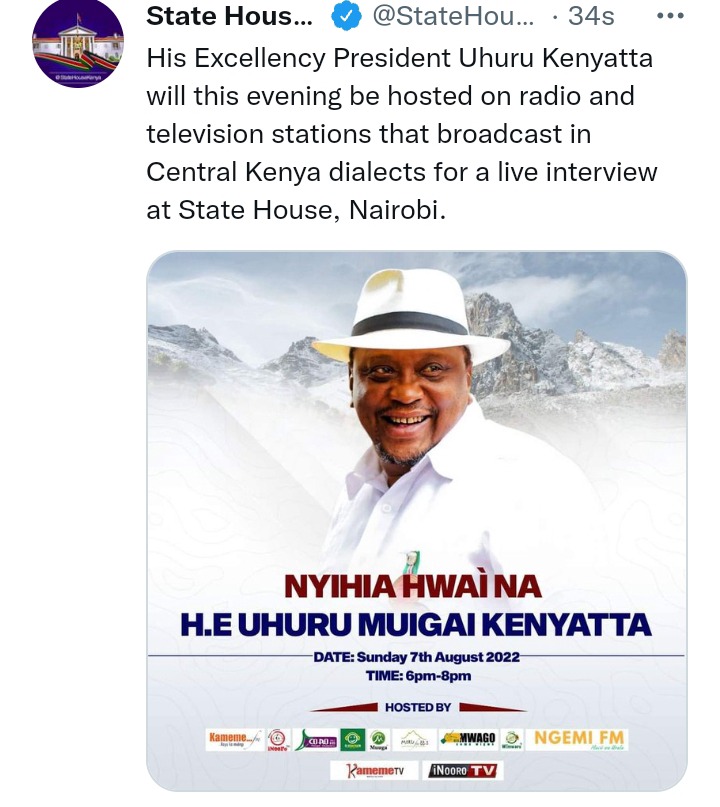 The statement comes amidst protests from deputy president William Ruto's allies who argued that the president is planning to campaign for Azimio well outside the campaign timelines by the independent electoral and boundaries commission. Official campaign period ended yesterday.

Who is Ezekiel Machogu? Profile of Former DO Set to Replace Prof. Magoha as Education CS