By TaylorNews (self meida writer) | 6 days 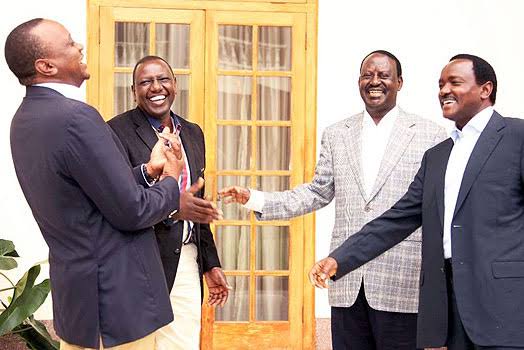 With less than twelve months remaining to the 2022 General elections, several political bigwigs are preparing themselves to face off their opponents as they vie for various seats.

President Uhuru Kenyatta is set to complete his second term and retire from politics, with the big question being who will succeed him.

Orange Democratic Movement party leader Raila Odinga is yet to express his Presidential interest while Deputy President William Ruto and the OKA leaders have already expressed their ambitions of succeeding Uhuru Kenyatta. 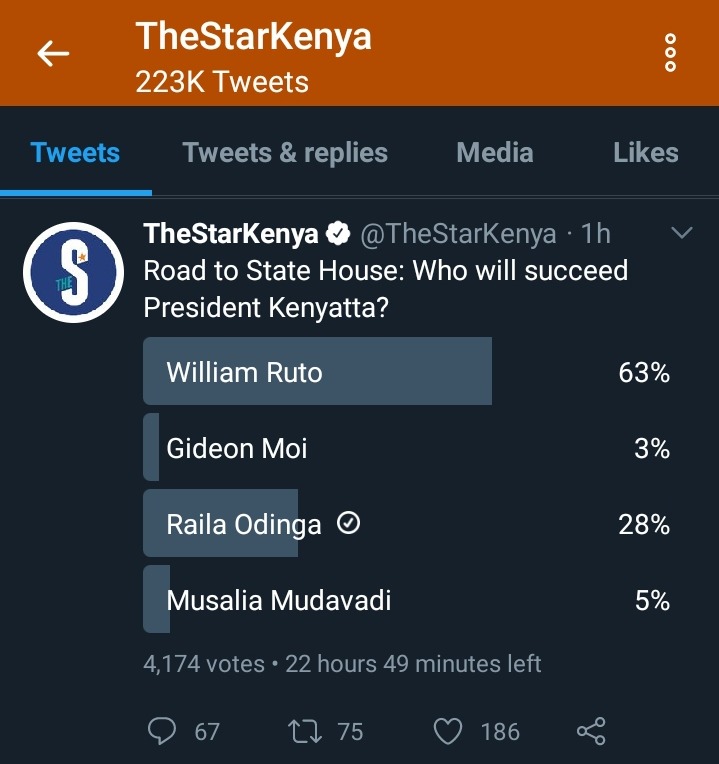 The Star news podcast conducted a random poll and asked Kenyans who is the favourite to succeed President Kenyatta.

The popularity of Deputy President William Ruto is being felt throughout the country which has made him the favorite, while Raila Odinga who is yet to announce his bid gets him closer to Ruto, but this is not the final vote.