By Phalamkigen (self media writer) | 1 month ago 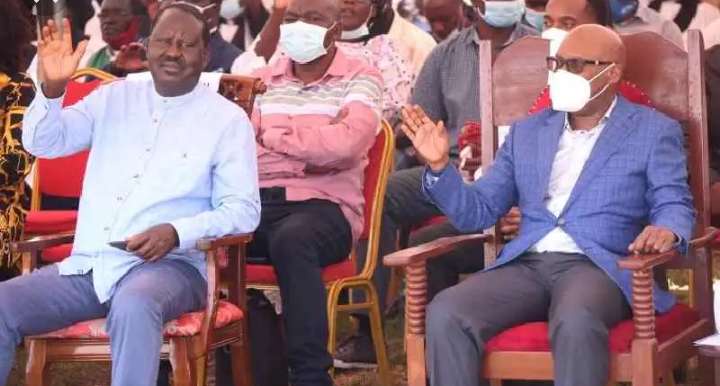 Over the party' s presidential flagbearer, ODM officials are at odds with billionaire businessman Jimi Wanjigi.

His role in the party is being questioned by officials. Wanjigi' s candidacy was initially viewed as a ruse by ODM leaders to help Raila Odinga gain traction in President Uhuru Kenyatta' s Mt Kenya backyard. His most recent move, however, has sparked outrage. Raila' s allies are skeptical of his motives, fearful that internal squabbles will stymie the former prime minister.

This comes as Hassan Joho (Mombasa) and Wickliffe Oparanya (Kakamega), the ODM deputy party leaders, appear to be retreating. Wanjigi has recently urged Raila to step down and allow " fresh blood" to lead the country, which some insiders believe is more than friendly fire. Raila, for example, was described by Wanjigi as one of the most formidable politicians he has known, but whose glory days are over, in an interview with Citizen TV on Sunday.

He said, " I can tell you my true belief is that he had his time and season. " The ODM leadership, on the other hand, is no longer willing to take the punches and is questioning Wanjigi' s " hurried" campaigning. The businessman was accused by party chairman John Mbadi and secretary general Edwin Sifuna of dictating how the flagbearer should be chosen. The party will not be forced to choose candidates, but will be guided by its election rules, according to the duo. Wanjigi was reminded by Sifuna that ODM rules allow a direct ticket to be issued to the flagbearer. 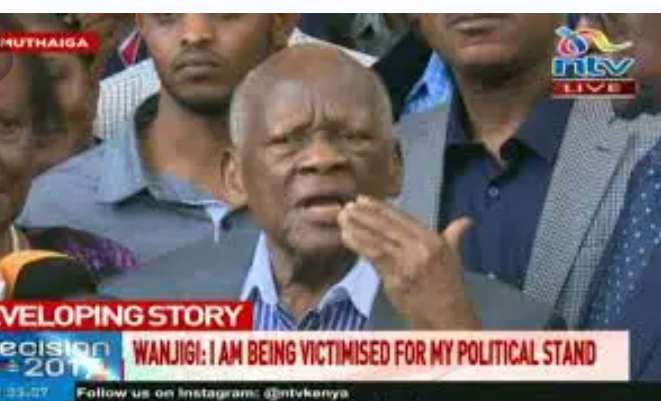 A Cloud Of Demands

" . . . the timing and mechanism for party primaries at the ward, constituency, and county levels so that members can question aspirants' leadership qualities and political intent across the board. " The businessman also wants the delegate list to be digitally secured to ensure that party democracy is maintained. Wanjigi' s demands, on the other hand, were ridiculed by Mbadi, who warned him against imposing conditions. Wanjigi has yet to pay the Sh1 million aspirants fee, according to the Suba South MP, and should be the last to make demands. 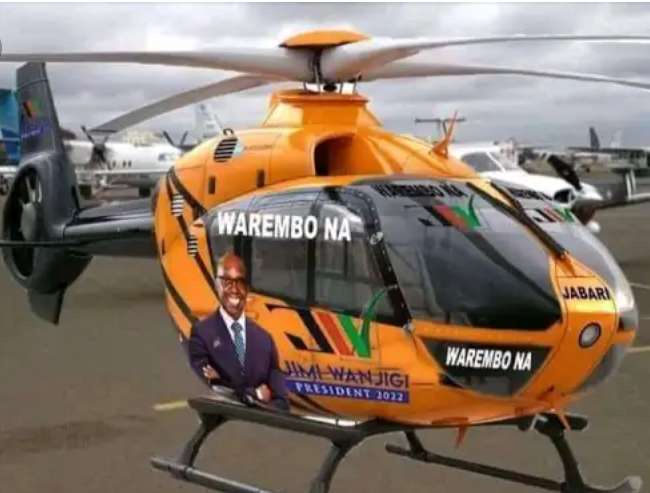 " First and foremost, he should calm down; he isn' t even an ODM candidate. Mbadi told the Star that he has not paid Sh1 million to run for the ODM. " The national elections board is compiling a list of delegates. When the list is ready, the board will announce the campaign period for aspirants. I' m not sure why he' s in such a hurry. " He should not appear to be in charge of the process; he should not impose his will on it. Election rules should govern the procedure. "

When contacted, Wanjigi dismissed claims that he has yet to pay the Sh1 million aspirants fee as a non- issue. 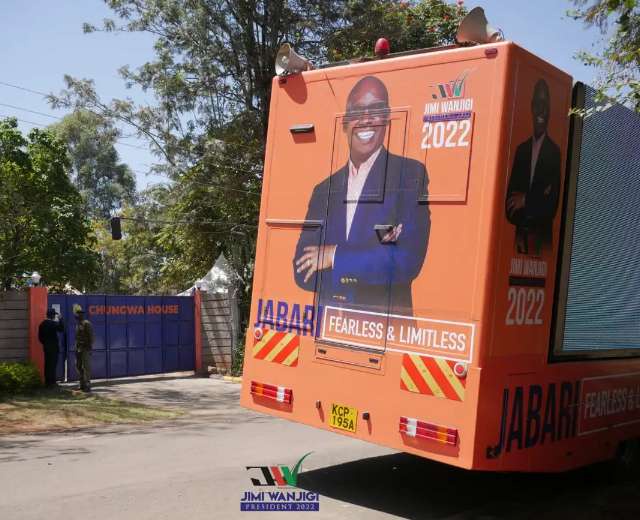 When ODM holds its national conference later this year, the tycoon, who has met with delegates from Central and Nairobi, wants to win the support of the majority of delegates. The delegates route is one of four constitutional methods for choosing a flagbearer, according to Sifuna. According to him, the party can go with consensus, delegates, or a direct nomination based on a scientific poll of aspirants' popularity on the ground. In addition, the party can have ODM cardholders vote directly on who will fly the party' s flag among the candidates. 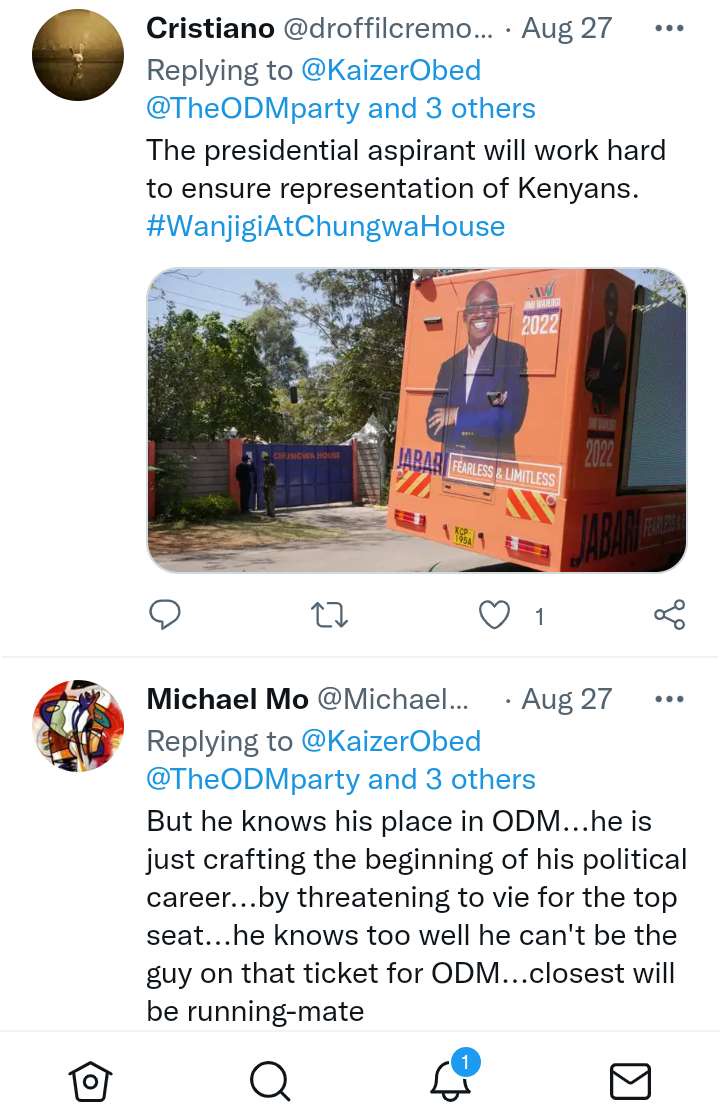 " The party is like a club with established rules. " According to ODM nomination rules, there are four methods for selecting a candidate, " Sifuna explained.

" He (Wanjigi) can' t come in and tell us how to run the party. He is subject to the same rules as everyone else. " The businessman was also chastised by the leaders for opening parallel party offices, which they described as a violation of the ODM constitution. They claimed that any office opened without Chungwa House' s approval is not recognized as the party' s office. 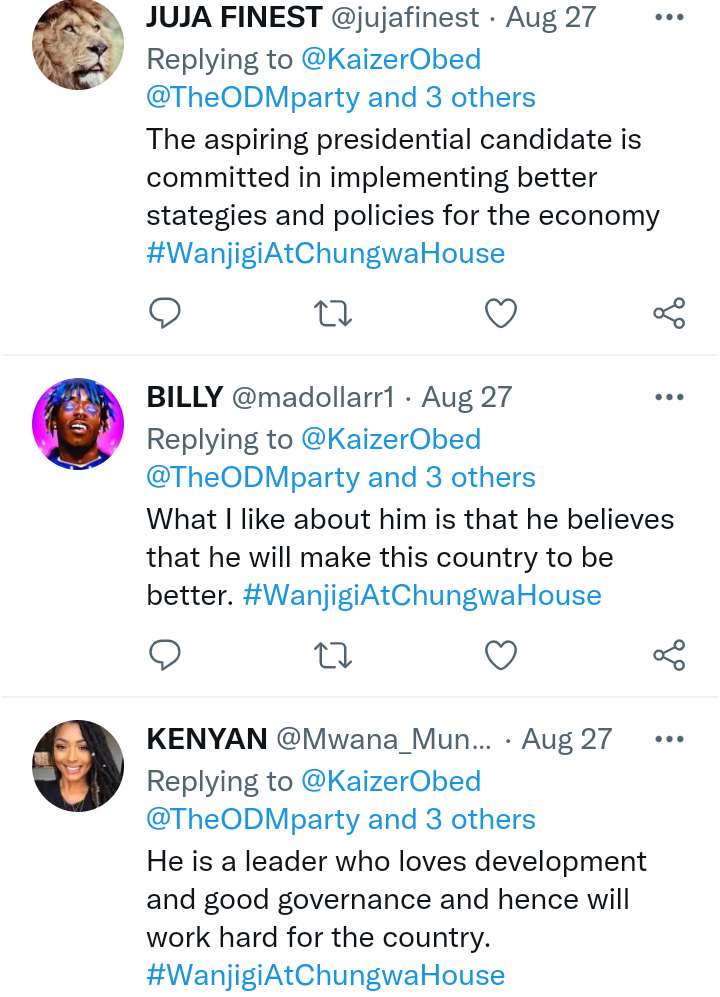 " I don' t understand what he' s saying; I' m not sure what he' s doing. " I' ve overheard him talk about opening party offices. Mbadi explained that " we have a procedure for opening party offices. " " He shouldn' t claim to be able to open party offices. Our offices must work together with the national office in consultation and coordination. He only needs to let us know if he wants a party office somewhere. Individuals are discouraged from owning party members. We want the party to be able to run its own offices. " Wanjigi, on the other hand, questioned why top party officials would be concerned about his plan to popularize the party through new offices.

He promised to keep opening more offices, claiming that it is part of the party' s popularization initiative and that all officials should promote it. " I don' t understand why anyone would be concerned about a more popular political party. Is it because I' ve pointed out that they' re holding primary elections under the cover of darkness, in violation of party rules? They must read and understand the party nomination rules, particularly Rule 7, and then follow them, " Wanjigi said. " They must be prepared to uphold the rule of law within the party, as that is what I intend to do if elected to the presidency. "

The party' s leadership was shaken by Wanjigi' s claims that the party had kept members in the dark about the ongoing grassroots elections. " He mentioned that his political party would be holding elections. The party' s highest decision- making body decided on staggered elections. " We haven' t been secretive about it; the process is ongoing, and he shouldn' t be concerned, " Mbadi said. Wanjigi gained notoriety during the last general election after police officers raided his Muthaiga home. Raila camped out in his house, attempting to persuade the officers not to arrest him.

Wanjigi will compete for the party' s presidential ticket against heavyweights Oparanya and Joho, in addition to Raila. The ODM had closed the window for interested presidential candidates to submit applications, but there is growing pressure to reopen it to accommodate those who missed the initial deadline.