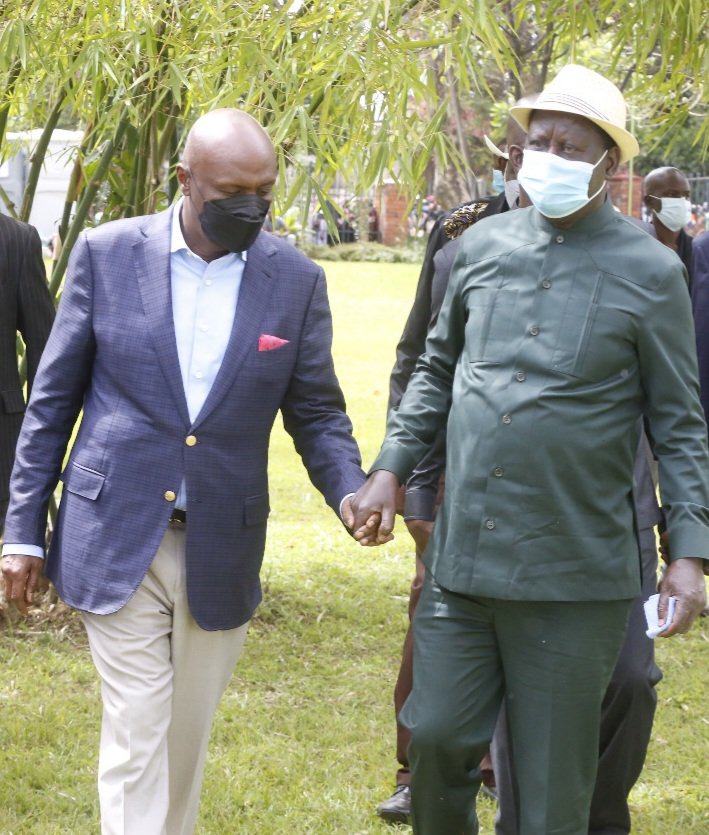 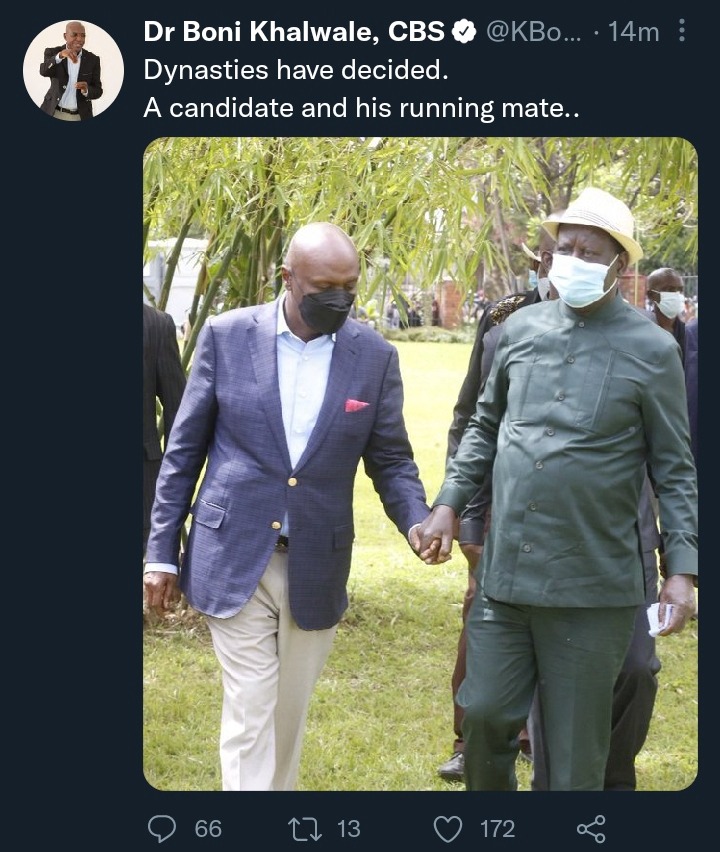 Several top leaders addressed Kenyans and later on went to interact with other Kenyans in Nakuru City. Orange Democratic Movement Party leader Raila Odinga was spotted with Lee Kinyanjui after the meeting.

Former Kakamega County Senator Boni Khalwale took to his Official Twitter podcast where he claimed that Nakuru County governor Lee Kinyanjui might be the running mate of Raila Odinga.

This sentiment elicited several reactions from Kenyans who gave their thoughts. Take a look at some of the reactions:

George: "@KBonimtetezi With all due respect BK, is it a crime to be born in certain families? And if you seek leadership roles then that becomes a tag. Why do you introduce class war amongst the citizens you intend to lead?" 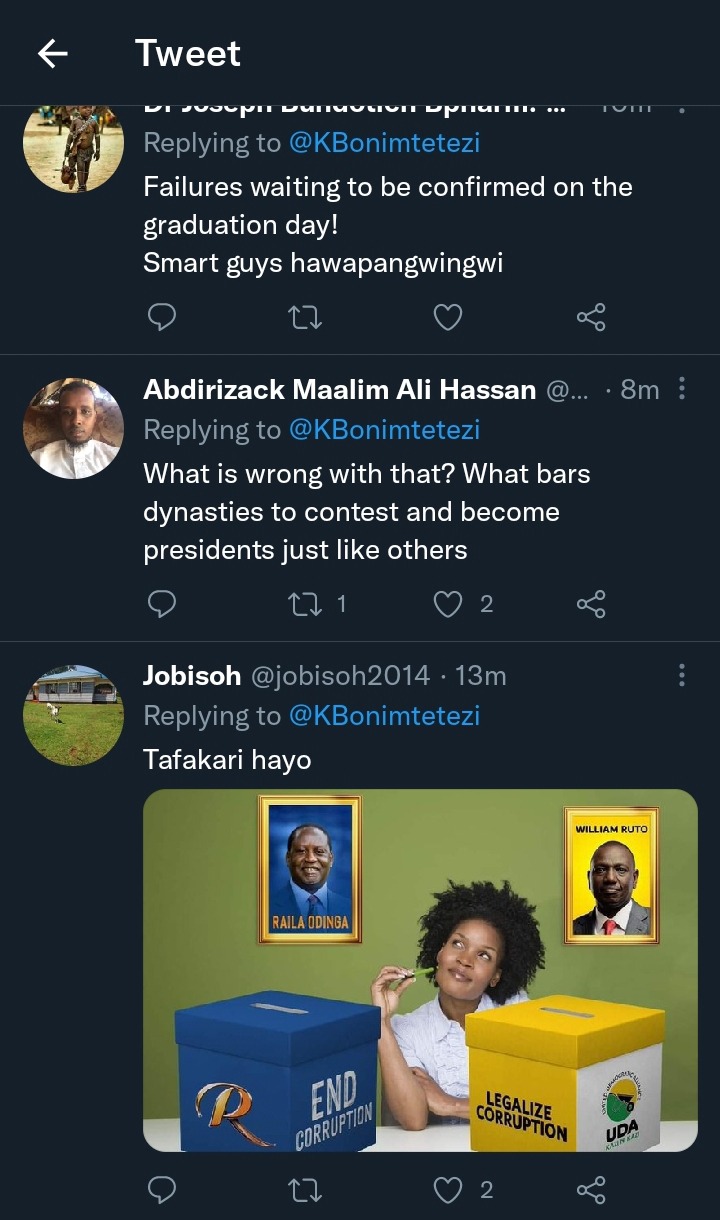 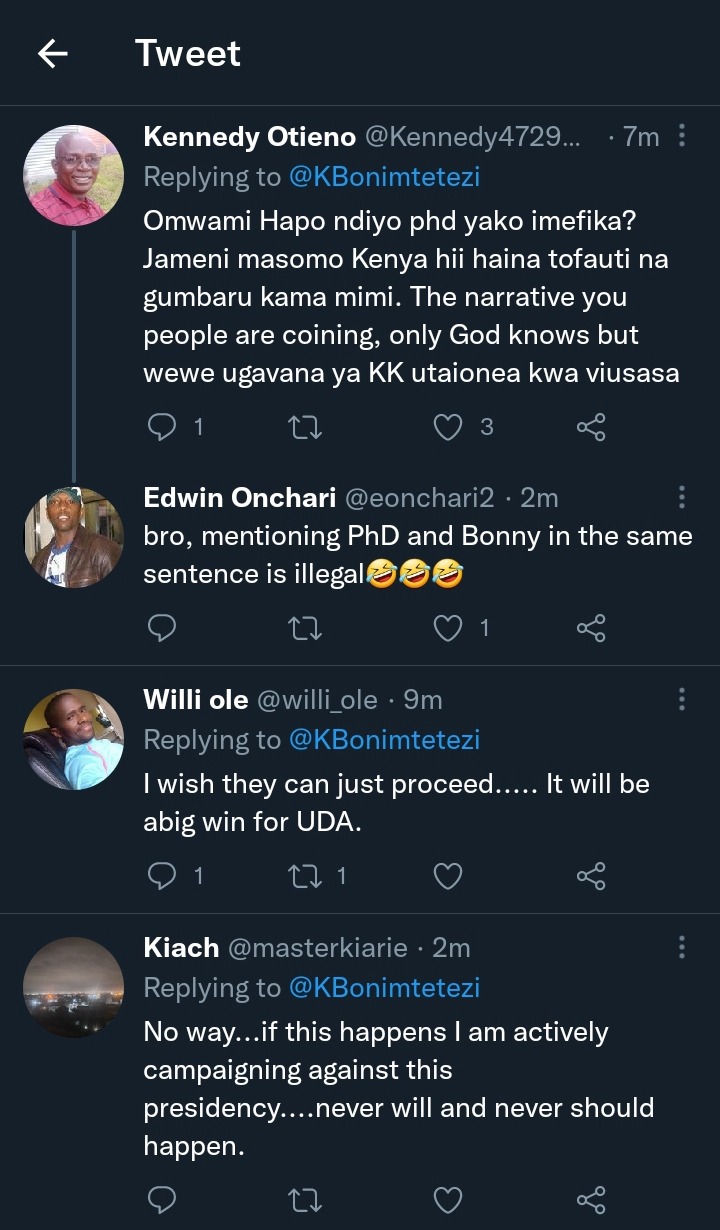 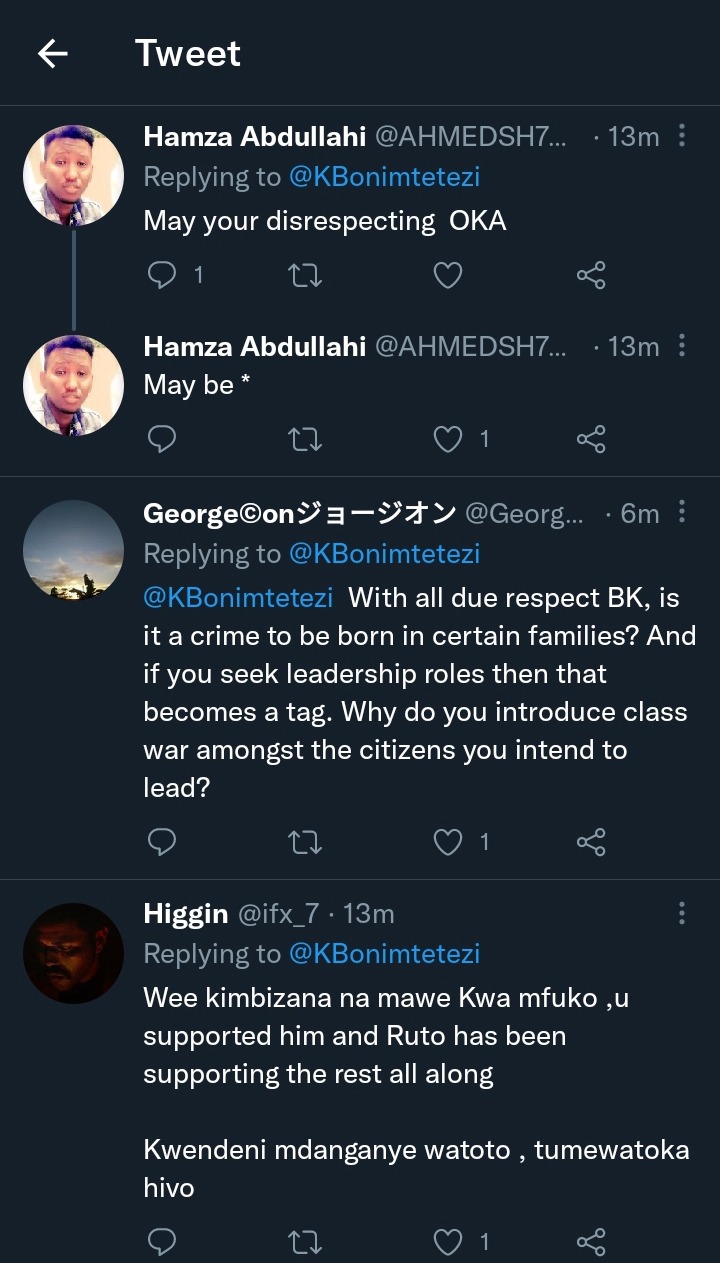