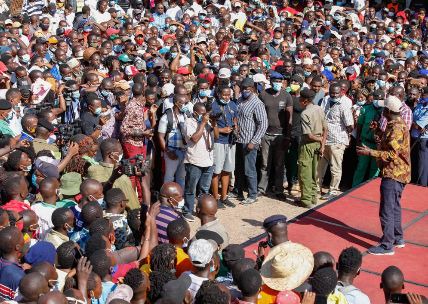 Speaking to people in Voi town Hon. Raila Odinga was also excited. The residents claimed that they will support the BBI to bring transformation in the region. Raila also got a chance to speak to former Taita Taveta Woman Representaive, joyce at Voi Bus Park where he was addressing a mammoth rally. She alluded to returning to the party and help it grow in the county.

During the campaigns to popularize the BBI Hon Raila was also accompanied by Junet Mohamed. In his remarks he said that the BBI has gained massive support from the coast as the people at the coast are expected to get 10 additional constituencies in the BBI. Junet also said that. For CDF alone, there will be another Ksh 1 billion coming to this region. This redistribution of national wealth is at the core of BBI and the people know this, he added.

However Ahmednassir reacted to the remarks of a Kenyan who claimed that Raila was in Mwatate but the people were not even bothered. He send the message to Junet, Donald Kipkorir and professor Makau Mutua. 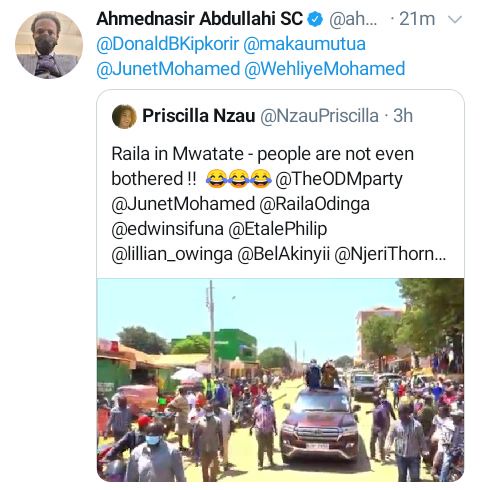 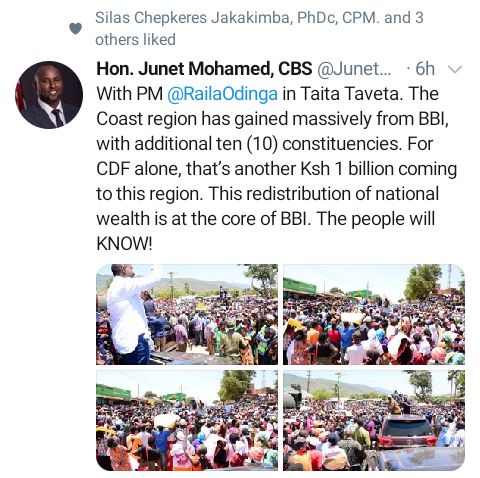 Irungu Kang'ata To Issue A Statement Concerning The JLAIC BBI Report At 1:00pm