By Mazaf (self meida writer) | 1 months 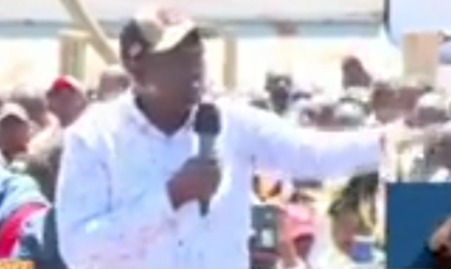 Deputy president William Samoei Ruto has today declared hat he is not against BBI.

Many people thought he was to lead the NO BBI campaigns.

Speaking in Nandi county, the deputy president said he believes in democracy and will allow the citizens to decide on themselves. 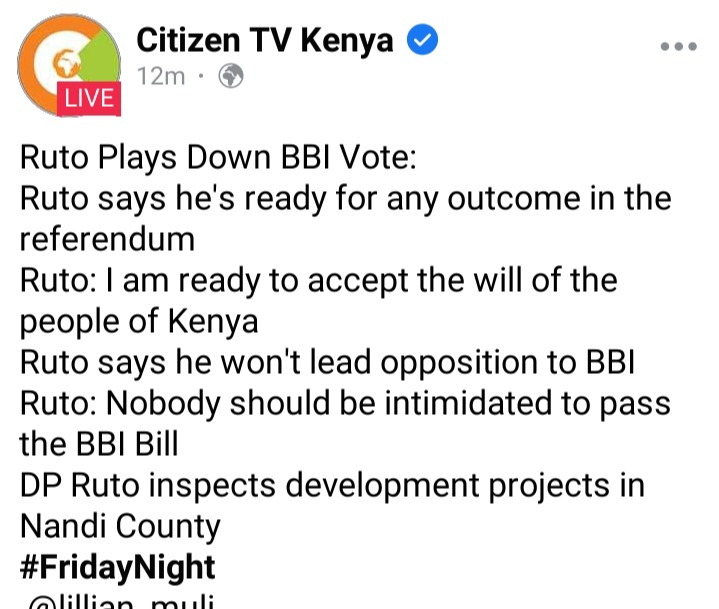 Ruto has been questioning what is in the BBI for long. He was against some sections in the report.

However, his words can be literally thought to be ironical. He congratulated Baringo and Nandi for rejecting the Bill. Is for sure he was for the people he wouldn't have congratulated them.

His allies have been against the document for long. Claiming the country requires wheelbarromics and not BBI.

His today announcement in Nandi leaves them confused more. Atleast they expected some guidelines from the leader they support.

Moses Kuria, Murkomen and Kihika have been in the forefront to say they will lead no campaigns. With their boss downplaying the deal, what will happen next?

The bill now is at the Senate and the national assemblies after 43 county assemblies passed it.

Kilifi passed it today making the 43rd assembly to roads it.

So far only two counties have rejected it, Baringo and Nandi county.

"We Might Be Forced To Give Nderi This Thing, Or Ngatia," Eric Ng'eno Says As Ouko 'Disappoints'

Schools To Reopen For New Term On 10th: Magoha

10 Signs You're Actually a Genius.

After Being Found Guilty of Three Counts of Murder, This is The Sentence George Floyd's Killer Faces

Luxury Armored SUVs In The World.

Justice Fred Ngatia Should Be The Next Chief Justice, He needs No Incubation (Opinion)