By BreakingNews1 (self media writer) | 3 months ago 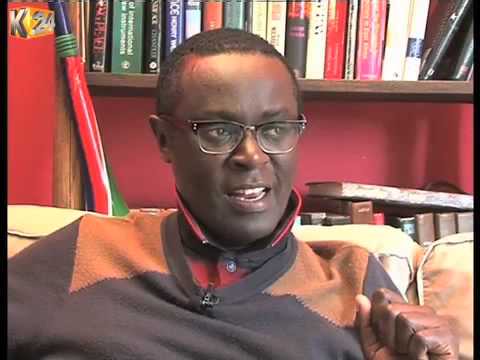 Musalia Mudavadi's political move has left the majority of Kenyans in dilemma. This has forced more Kenyans to caution him as they allege that he will suffer in the future over his decision.

Amid this, Mutahi Ngunyi has emerged with powerful claims concerning the hustler's camp. According to Mutahi Ngunyi, Itumbi Dennis and Kirinyanga governor honorable Ann Waiguru has been replaced. He has reacted after Mohamed Hussain joined DP Ruto's camp as the Director of Communication of deputy president William Ruto.

"I thought @OleItumbi was Head of Communication at UDA. Who is this NEWCOMER called Hussein Muhammed? After Mudavadi REPLACED Waiguru as running mate, ITUMBI has been replaced by Hussein. That is WHY they BROKE his LEGS in a fake highjack. Do REVOLUTIONS eat their Children?" Ngunyi Mutahi said. 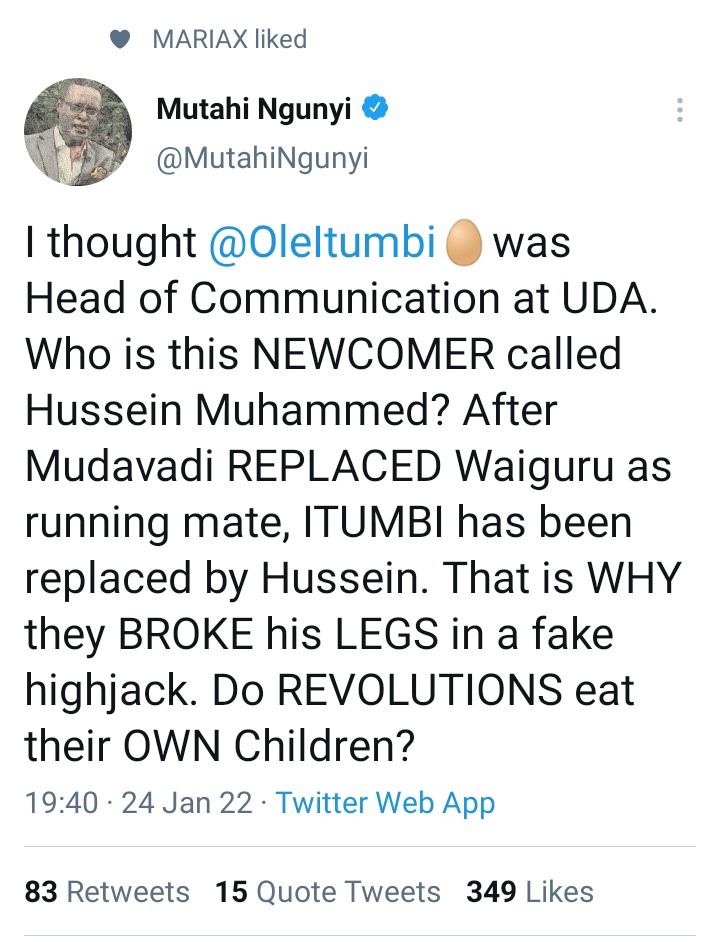