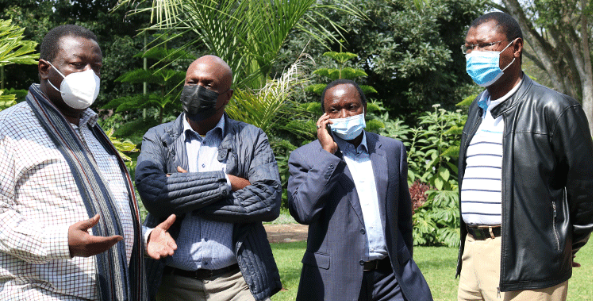 Political Expert and Moi University Lecturer Masibo Lumala claims that the internal wrangles in the One Kenya Alliance were as a result of early announcement of their political interests.

Lumala opines that the leaders should have waited for the politics to take shape, adding that few months to the elections would favour them.

In a report by People's Daily, he notes that since they already did, they should not waste much time before unveiling their candidate, as their critics will make inroads and cement their following in different regions including their own support bases.

He also argues that none of the four leaders has the numbers to defeat the former Prime Minister Rail Odinga or Deputy President William Ruto, and anyone who goes to the ballot on his own will be 'doomed politically.'

On Kalonzo and Mudavadi's firm stand decision, Lumala states that's the faults in the coalition, and might lead to its collapse if the leaders will not a consensus to work with Raila or Ruto.

"The duo have no political steel to push for run-off if they go it alone in the 2022 polls." 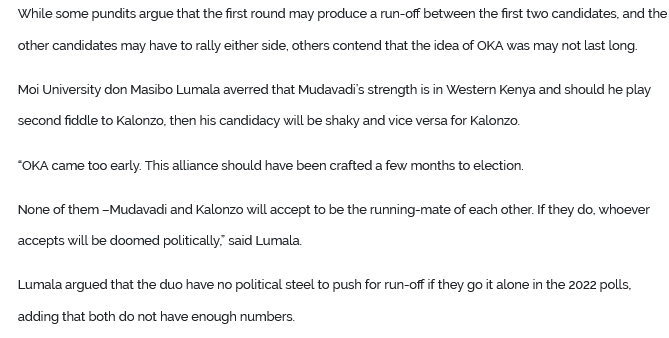 Maina Kamanda Sends a Message To People Of Mt Kenya Ahead 2022, as Joho Makes an Announcement(VIDEO

Want To Move in With Your Partner? Consider These 5 Things Before Rushing in.