We are Not Begging for Handshake, Ruto's Aide Farouk Kibet Speaks on Uhuru-Ruto Reconciliations 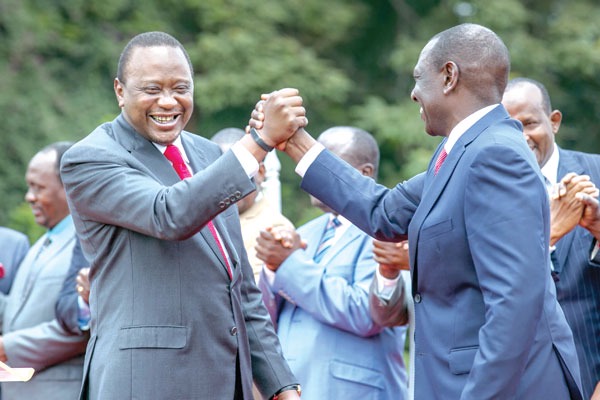 Hours after Deputy President William Ruto said he is ready for a reconciliation with his boss President Uhuru Kenyatta, his personal aide Farouk Kibet has come out to weigh on the same.

In a Twitter post, Farouk lashed out at a section of leaders mocking the DP over his preparedness to be reconciled with Uhuru, saying they are not desperate for a handshake with Uhuru Kenyatta.

According to Farouk, Ruto's decision was only in respect to the church and spiritual leaders' efforts to reconcile the two after their differences played out in the open for so long.

He insisted that they are true Christians and will not go against what the church wants.

On Thursday, while meeting a section of grassroots leaders from Kandara Constituency at his Karen residence in Nairobi, Ruto welcomed calls from the clergy for reconciliation talks with President Uhuru Kenyatta.

While extending an olive branch to the Head of State, the DP said he is ready for a handshake to end the bad blood that exists between them unconditionally.

Instead, Ruto blamed the opposition chiefs for his bad relationship with Uhuru, saying they hijacked the Jubilee administration he helped form after the March 2018 handshake. 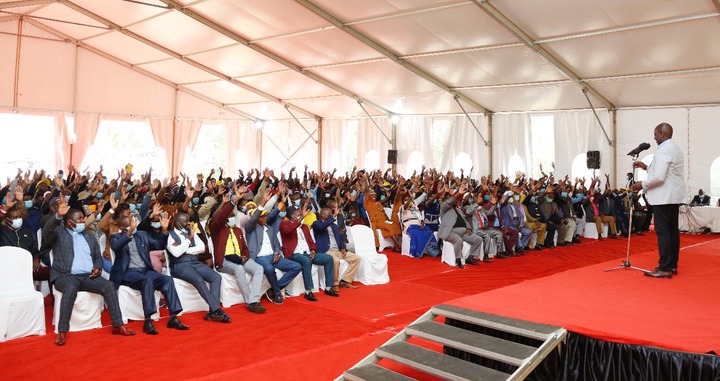 This was after a number of Clergymen came out to steer a reconciliation between the two former allies turn foe.