By Pythagoras-News (self meida writer) | 22 days 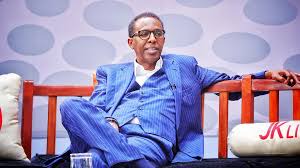 Lawyer Ahmednasir Abdullahi has today revealed the position that former Prime Minister Raila Odinga holds in the Jubilee government that is headed by President Uhuru Kenyatta.

According to Ahmednasir, 70% of Kenyans citizens believe that the former Prime Minister is at the second position in the Jubilee government. 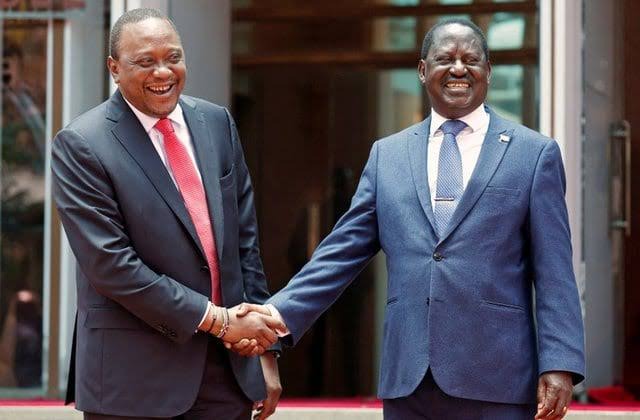 Lawyer Ahmednasir's revelations comes at a time when President Uhuru Kenyatta is going through a hard relationship with DP Ruto who is his second in command. The President has even gone an extra step to grant DP Ruto permission to resign from office of the Deputy President if he feels he is dissatisfied with what his government is doing.

Ahmednasir's idea to place Raila at the second position in the ruling Jubilee government is based on the fact that President Uhuru and the former Prime Minister have been in good terms since their famous handshake. The two have been conducting meetings and launching several nationwide projects together which is a reason Ahmednasir thinks he holds this position. 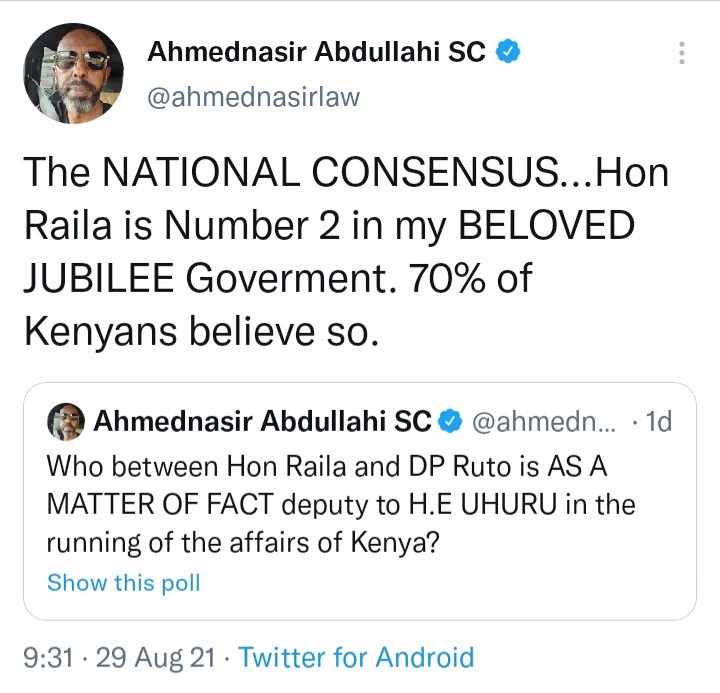