Muturi To Uhuru: You Should Narture Young Leaders Not Backing Someone Older Than You As A Successor 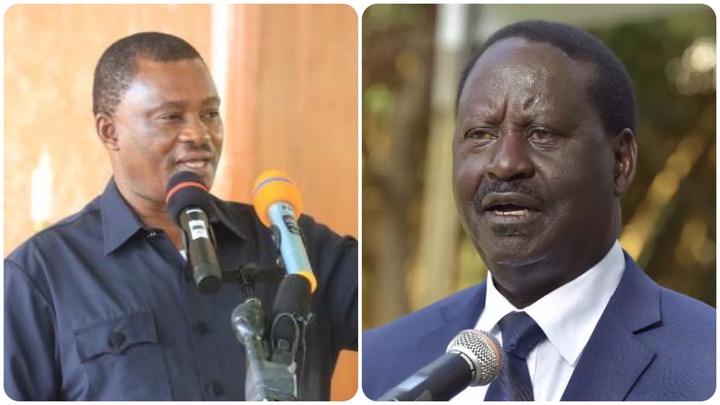 National Assembly Speaker Hon Justin Muturi, has claimed that President Uhuru Kenyatta has disrespected Kenyans by supporting the Azimio la Umoja Movement-One Kenya Alliance coalition presidential candidate Raila Odinga, who is very old than him as his preferred successor instead of narturing the young leaders like his predecessors.

Speaking during the Kenya Kwanza Alliance coalition presidential campaigns in Chuka Town in Tharaka Nithi County, Muturi said that the predecessors of President Uhuru Kenyatta President Daniel Arap Moi and Mwai Kibaki natured young leaders through endorsements. Moi nartured Uhuru by endorsing him as his successor in 2002, while Kibaki also nartured Uhuru and Ruto who were younger than him as his successor. How comes now Uhuru wants Raila Odinga who is older than him to succeed him that's a disrespect to Kenyans.

"You know I am wondering with my friend Uhuru Kenyatta, how comes he is the only out going president who wants someone who is older than him to succeed him. If you see in 2002, President Moi endorsed him Uhuru because he was young and in 2013 Mzee Kibaki said let these two young men (Uhuru and Ruto) to take over. But for him he wants to bring us Mzee Wa Kitendawili ambaye ako na miaka 80 kutuongoza si hio ni madharau..." He claimed.

Ruto's Remarks After Casting His Vote Today In The Morning