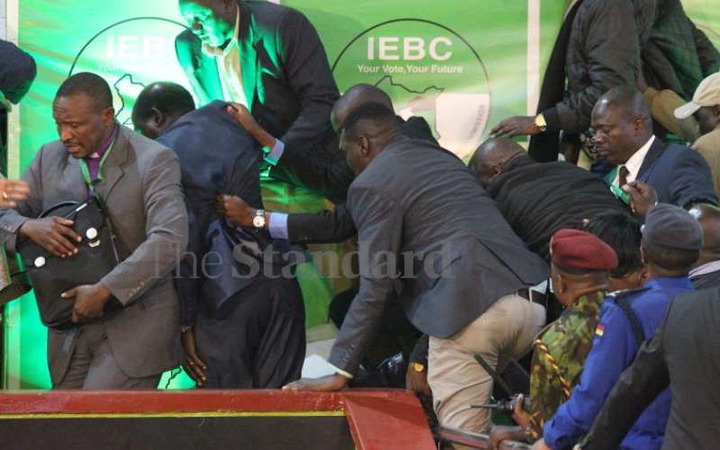 On Monday, Kenyans were treated to a piece interesting drama at the Bomas of Kenya where Azimio leaders exchanged some heavy blows with their kenya kwanza allies during Chebukati's final announcement.

Ledama Olekina, was among leaders in Azimio who were blasting the IEBC Chairperson Wafula Chebukati when all hell broke loose.

In a click of a second, the venue turned into a war zone as Kenya Kwanza leaders bundled all their Azimio rivals out of scene.

With the help of cops, all were bundled out with a number suffering some serious beatings from a section of Kenya kwanza leaders.

Ledama sustained some serious injuries and was reported to have recovered at one of the local hospitals. 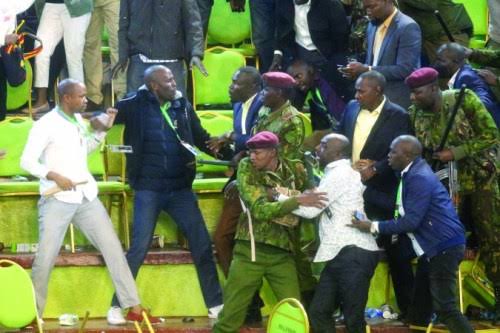 However, the fearless Baba ally has broken his silence after the incident stating that he was doing fine and was ready to face the kenya kwanza team again.

"A quick update : am recovering fully and soon will be back on my feet to deal with KK goons … My Grit keeps me going strong. Thank you for your prayers and support."

After the dramatic turn of events, Wafula Chebukati named William Ruto as the president elect.

The Azimio wing is expected to head to court to try and force a rerun of the August 9th polls. 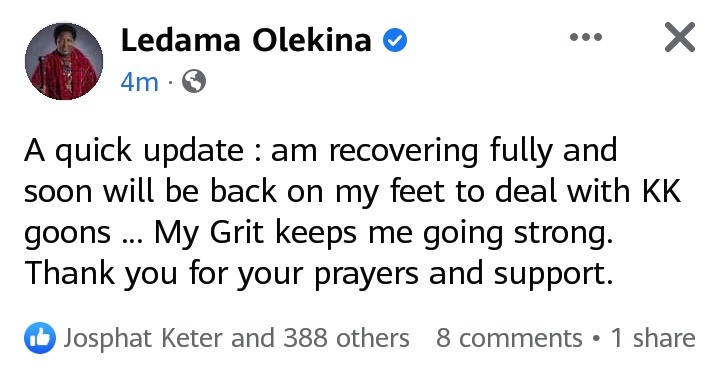