By Coscoline_Ke (self media writer) | 6 months ago

Former Mandera Senator Hon. Billow Kerrow has given his verdict over the just concluded Kiambaa by_elections. According to the Mandera Politician president Uhuru Kenyatta must appreciated the handshake because what kenyans are after is not big development or the war on corruption but rather the the hurting Economy. 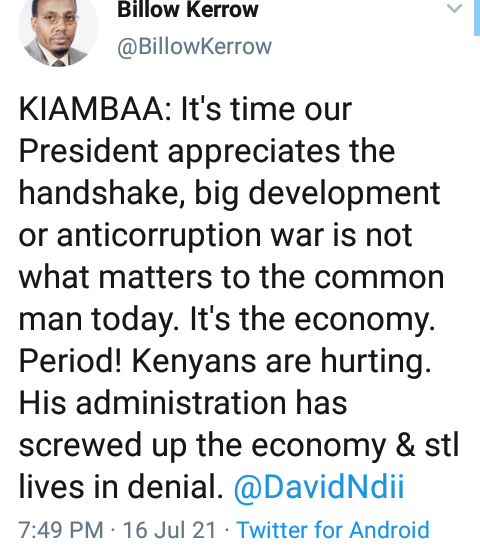 "Kiambaa: it's time for our president to appreciate handshake, big development or anti_corruption war is not what matters most to the common man. It's the end period! Kenyans are hurting. His administration has screwed things up the economy and still lives in denial," Alleges the former Senator. 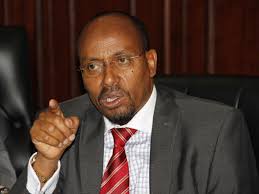 Content created and supplied by: Coscoline_Ke (via Opera News )

He Is A Coward Who Can't Protect Me: Stivo Simple Boy's Girlfriend, Says After Breaking Up With Him

Arsenal's Potential Lineup With The Addition Of Sanchez, Bruno And Luka Jovic In The Winter

So They Were Playing Uhuru All Along? Secret Detail Emerge On How Ruto, Mudavadi Duped The President

Causes of excessive sweating, symptoms and how to stop it

Stivo Simple Boy Girlfriend Announces Breaking Up With Him

Age Difference In A Relationship Does Not Matter