Today the FORD Kenya leaders met during the funeral service of the late Peter. The deceased was one of Wafula Wamunyinyi communication team. He was famously known as Storm. He worked at the office of Kandunyi MP Wafula Wamunyinyi. 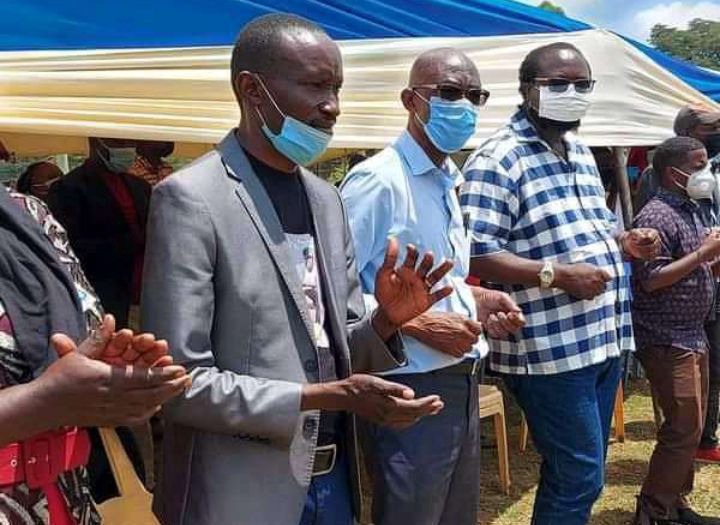 The leaders called for quick investigation on the assassination matter. The leaders heaped praises to the deceased. The cause of his assassination remains unknown. Some have linked his assassination to FORD Kenya party division. The party has being divided into two factions. One factions is led by senator Moses Wetangula and the other by Kandunyi MP Wafula Wamunyinyi. 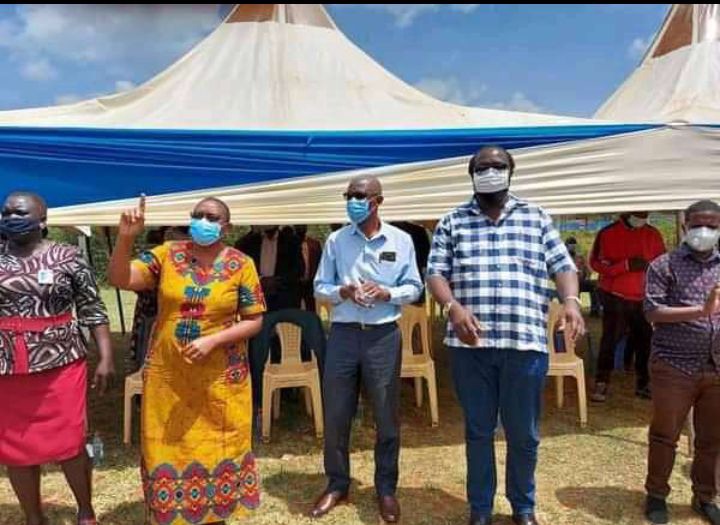 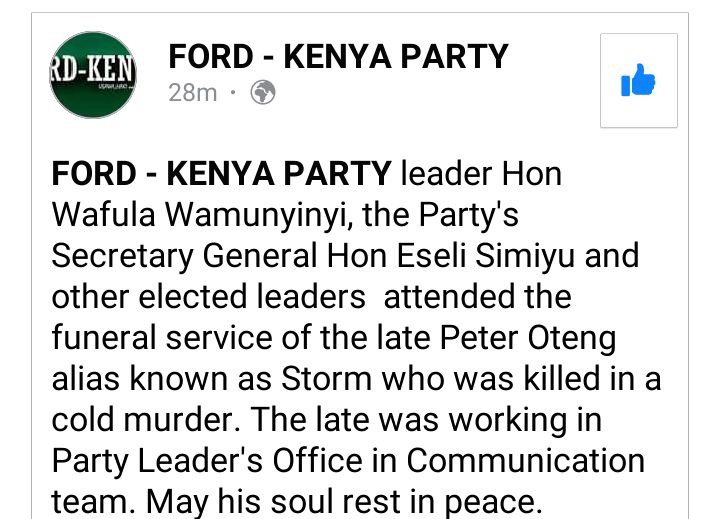