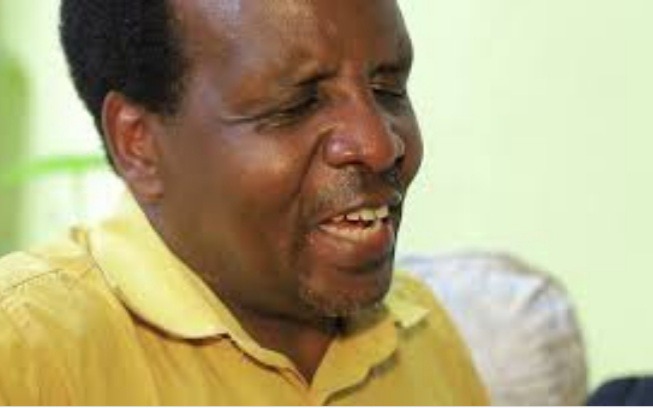 The 2022 presidential aspirant and gospel singer Reuben Kigame has expressed a feeling of displeasure on Mashujaa Day celebrations. Kigame, who has acknowledged the former President Mwai Kibaki, has claimed the rest of the leaders have been blacking him out of media in almost every national event.

Kigame has revealed that it has been eleven years since he received the Order of the Grand Warrior (OGW) award from Kibaki, the Head of state he least interacted with. 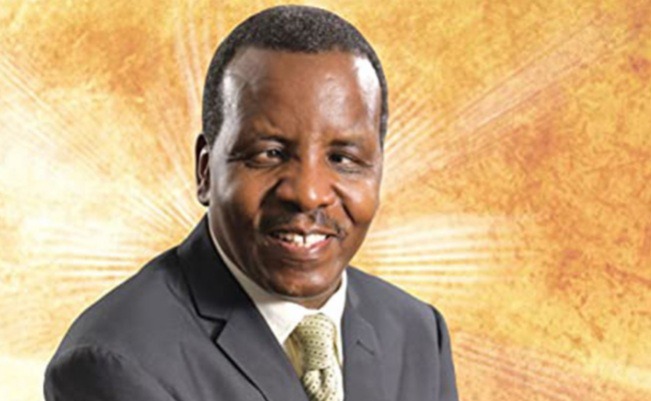 According to him, the country has lost direct by crowning looters of the economy as heroes.

Kigame has gone further and asked Kenyans to join him in rejecting all the charlatans and destroyers of the country's economy and crown those who are truly fighting for a better Kenya. "It's not about pomp and money but about integrity," he has emphasised. 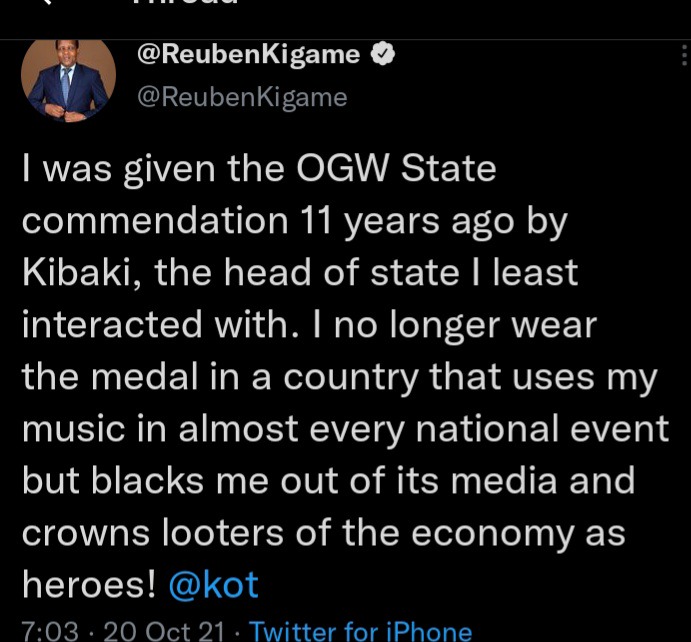 Kenyans have speculated that President Uhuru will use the Mashujaa Day celebrations in making major announcements on matters economy, give a signal on his political direction as well as decision on the countrywide dusk to dawn curfew. The event is also one of the biggest tests between President Uhuru and his deputy.