Raila BBI not Dead. Its just at half-time

By TrendingNewz (self media writer) | 4 months ago

Speaking at the Bible Fellowship Church in Kigumo Constituency, Murang’a County on Sunday, Raila recently gave his strongest indication of his intention to exploit his handshake with President Kenyatta to infiltrate the vote-rich Mount Kenya region. 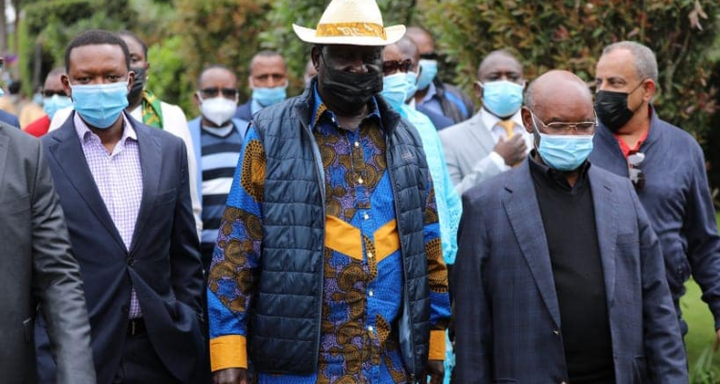 The former prime minister denied reports that the region was hostile to him and proposed constitutional changes.

Part of his plan is to conquer central Kenya, an area which has long voted against him and which is seen as attractive to DP Ruto.

"I want to tell you that BBI is not dead. It is just at half-time." 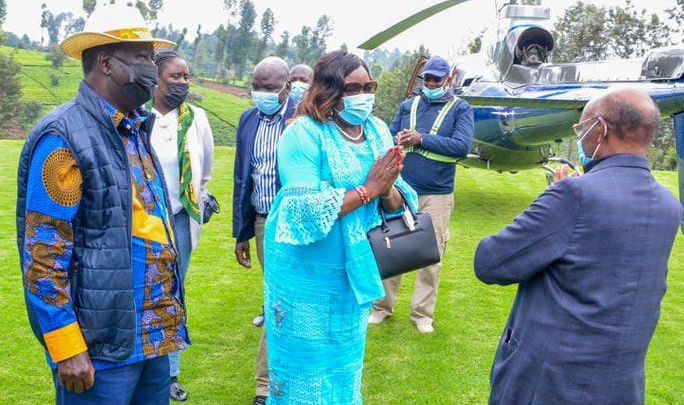 The Attorney General Kihara Kariuki and the BBI secretariat have moved to the Supreme Court to appeal the ruling High Court and Court of Appeal rulings.

Royal Media Service owner SK Macharia, an ardent supporter of Raila said if elections were held today, the anti-Raila forces in Central Kenya would deliver more votes to their candidate [Deputy President William Ruto] hence the need to do more in selling the ODM leader in the region. 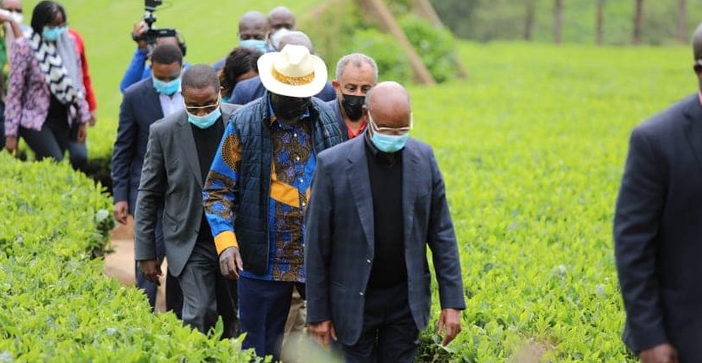 “If elections were held today, those people who are against you and President Uhuru Kenyatta would win the votes," said Macharia.

Raila was in the company of by Suna East MP Junet Mohamed, Nairobi Woman Rep Esther Passaris, Kamanda and Kioni.

Political analysts believe that voters in the region were yet to embrace the former Prime Minister’s presidential bid and that a lot had to be done to turn the tides ahead of the 2022 General Election.

A section of Kenyans shared their sentiments on facebook. 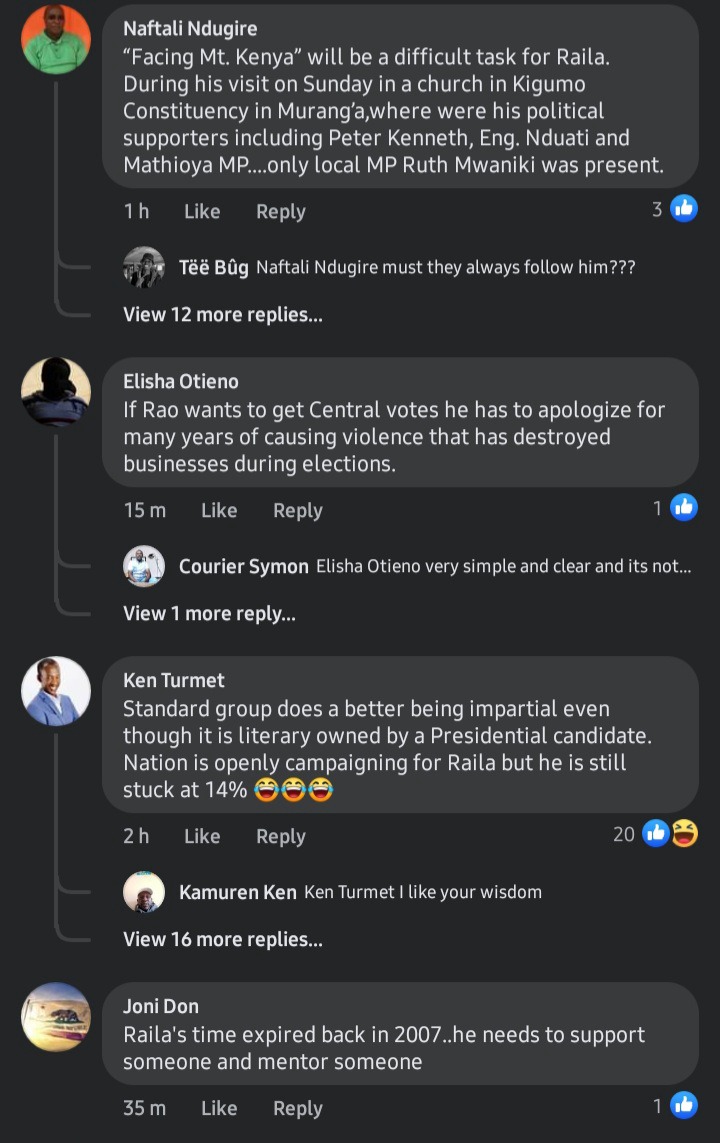 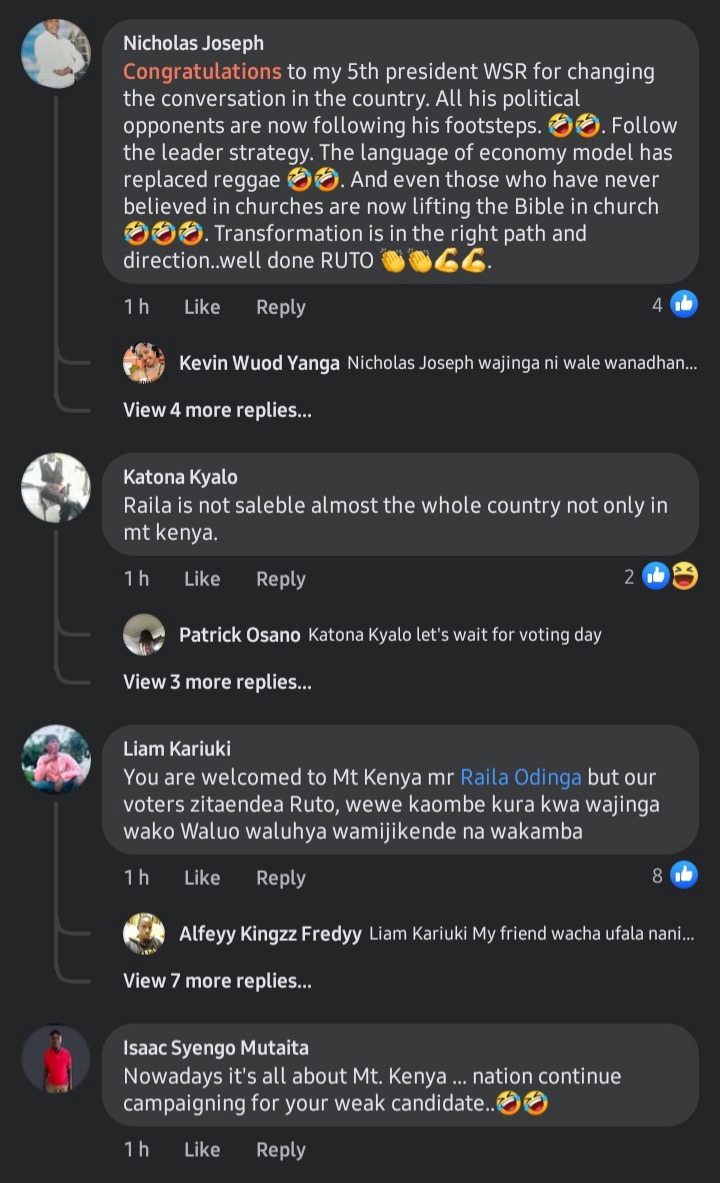 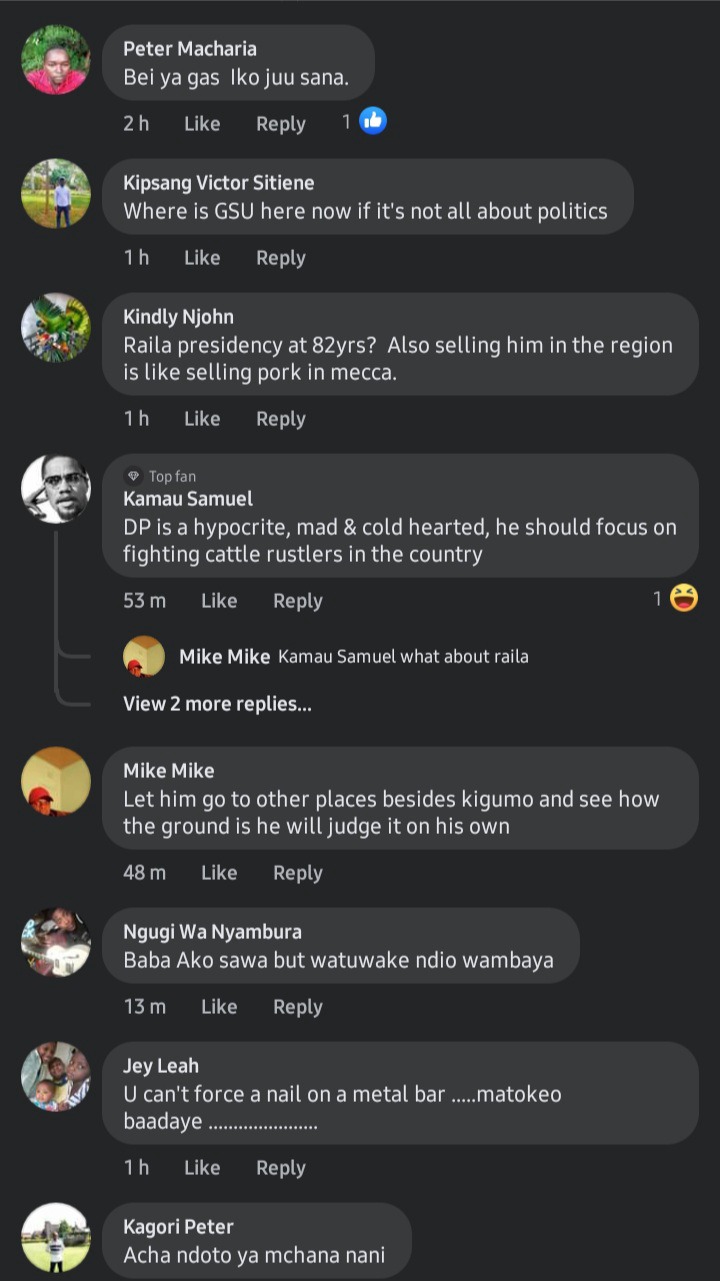