By NewsRushKe (self meida writer) | 21 days

Businessman Jimmy Wanjigi's presidential bid is gaining momentum day by day since he officially made the announcement. Wanjigi who has been playing a big role in laying ground for negotiations ahead of every election announced that he would no longer be the king maker but will vie for the Presidency. 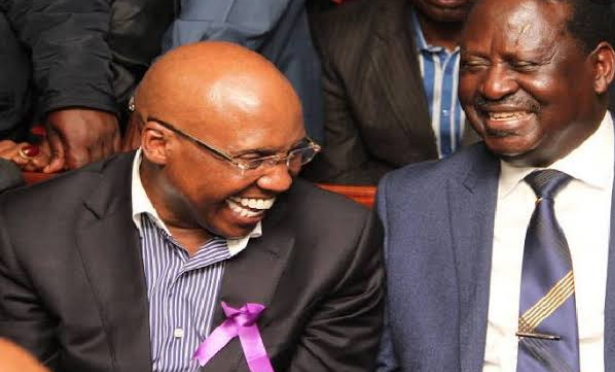 The close ally of former prime minister Raila Odinga did not however make it official the party he will be vying on, however, the Orange Democratic Movement party through their Secretary-general Edwin Sifuna declared that Wanjigi is free to vie for any position in their party.

And what appears to make the bid more serious, a video has emerged showing the preparation of campaign materials, a video that was shared by a Twitter user shows caps being made, they are branded "Wanjigi for president'', they are of different colours. Watch here: https://twitter.com/Asmali77/status/1412065203265671169?s=09

Atwoli, Kioni, IEBC May Have Their Day In The Elections Postponment Debate

Urgent: If You Have These 3 Things Communicate With Akothe On His Facebook Page