By Ella's~Touch (self media writer) | 2 months ago

Hours after the former Directorate of Criminal Investigations George Kinoti penned his farewell message to the citizens of Kenya, Senior Council by the name Ahmednasir Abdullahi moved on fast and alleged where he needs to be following his abrupt resignation. 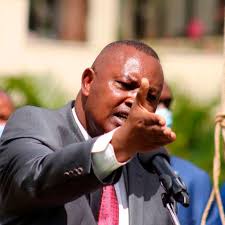 According to a tweet he posted later last night, lawyer Ahmednasir indicated that he will be shocked if Mr Kinoti doesn't end up in Kamiti maximum prison in the upcoming days and that would make him believe that lawlessness doesn't exist in the country.

"It will be the epitome of impunity and lawlessness if George Kinoti doesn't spend the rest of his life in KAMITI." He stated.

He went on to allege that during his tenure (when Mr Kinoti was serving the country as the DCI), many innocent people lost their lives and up to date no action has since been taken against the former DCI.

"Thousands of innocent Kenyans were killed by police death squads during his tenure." He concluded. 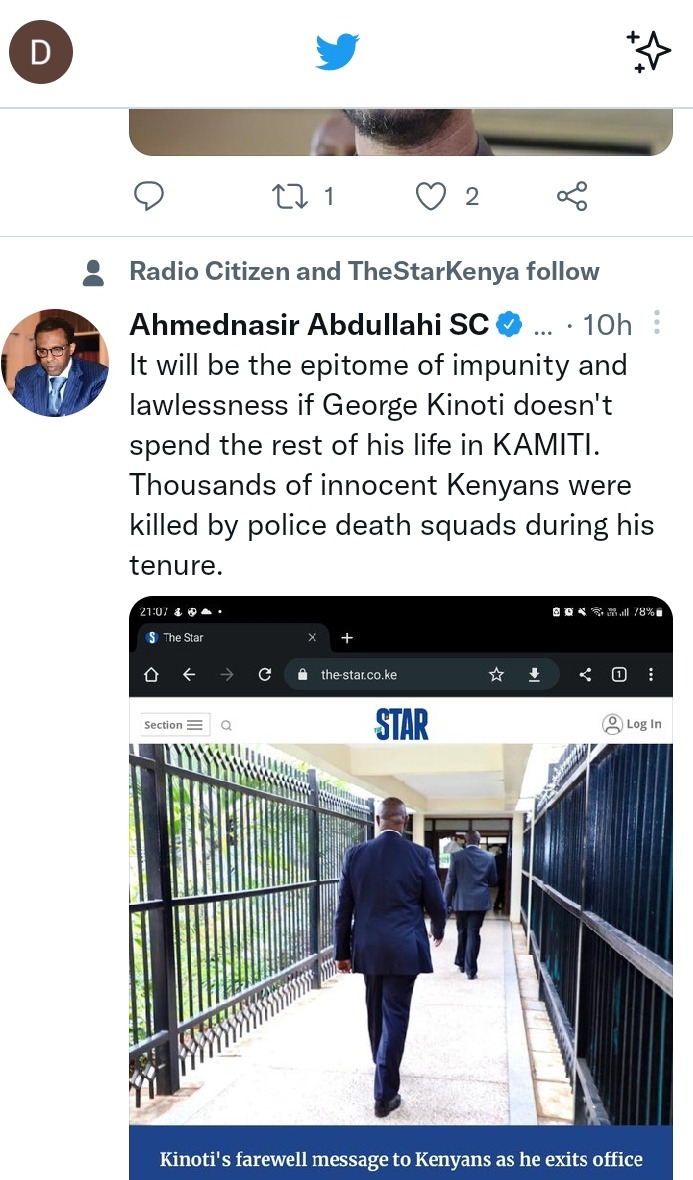 Content created and supplied by: Ella's~Touch (via Opera News )