Today, President Uhuru Kenyatta held State of the Nation Address which may be his last speech while in office. While addressing the Nation from the Parliament building in Nairobi, the president highlighted key achievements during his reign.

However, not all the Kenyans were fully satisfied with the president's speech especially legislatures that are allied to Deputy President Dr. William Ruto. Most of the Tangatanga leaders took into their social media platforms to criticize the President's speech for being too long. 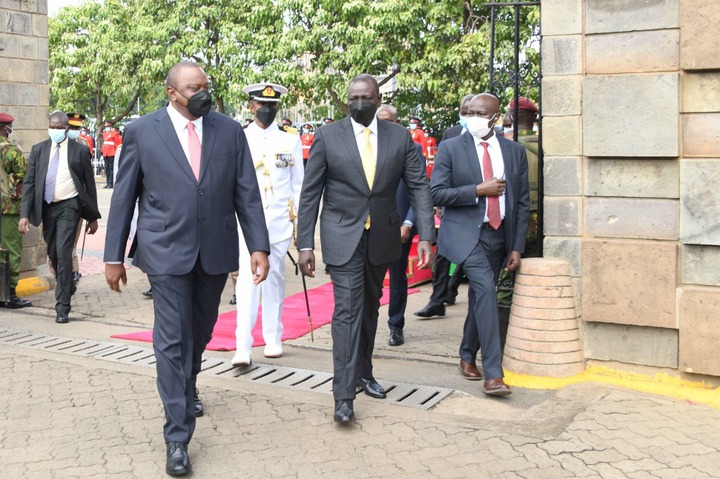 Among the top Hustler Nation movement allies who criticized Uhuru's speech include, Senator Kipchumba Murkomen and Denis Itumbi. However, what caught the attention of many Kenyans is Senator Murkomen's comment.

According to Senator Murkomen, parliament should pass a bill that should restrict how long the president's State of The Nation Address should be. 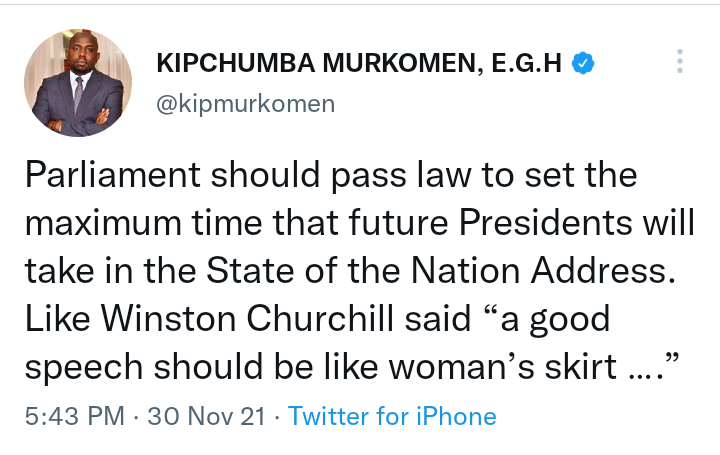 “Parliament should pass law to set the maximum time that future Presidents will take in the State of the Nation Address. Like Winston Churchill said ‘a good speech should be like woman’s skirt ….’” Senator Murkomen.