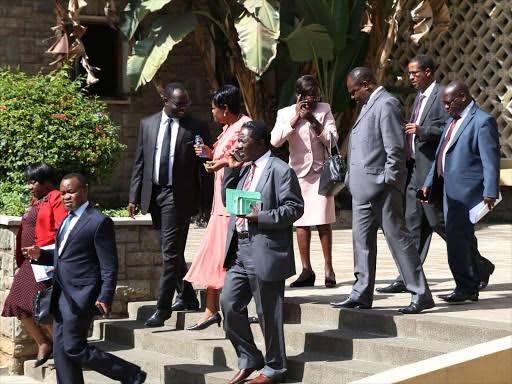 Details have emerged of a love triangle which has led to a nasty fight over a youthful man who is their local party official.

According to the Tuesday publication of the Star newspaper, the two women are married and one is currently serving as a County Woman Representative whole the other one is a former senator. 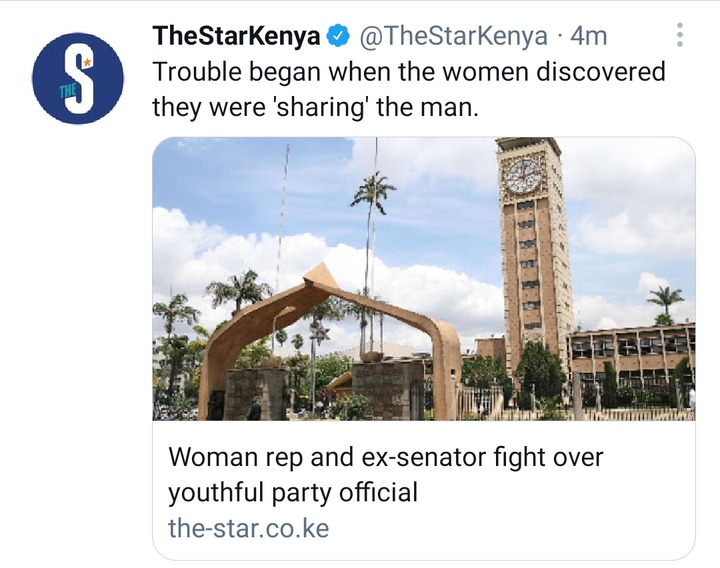 "A woman representative and a former senator are embroiled in a nasty fight over a married party official. Sources whispered to Corridors that the youthful official has been secretly seeing the two women,"part of the disclosure states.

The reason the two are embroiled in a fight is because they both were political opponents in 2017 general elections having been in different political parties then.

However, coming to find out that they are sharing the same man has made the matters go past their political enmity since they did not expect to find themselves in such a situation.

It is so ironical that political enemies have now come to find themselves in the same league of sharing a man despite the three being family people.