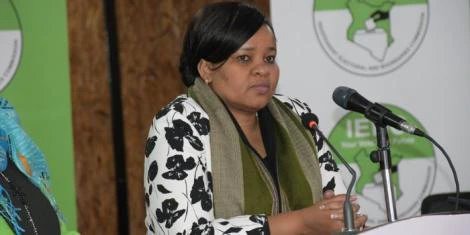 The four people disputed the results of the presidential election on August 9 and promised to explain in detail what happened when the votes were counted.

Cherera said that Wafula Chebukati, the head of the IEBC, gave them the wrong total number of votes on August 16.

She said that Chebukati's calculations showed that they had a total of 100.01 percent, and that 0.01 percent is equal to 142,000 votes, which would make a big difference in how the election turned out.

Cherera said that the source of the numbers that were counted was not completely accurate, so they did not accept the results. 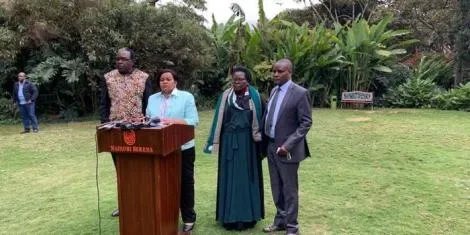 We came to the conclusion that it wasn't clear how Ruto's Form 34 C was made. "We want to make it clear that Chebukati's election results are his own and do not represent the IEBC," she said, citing the Maina Kiai case, which the Supreme Court upheld in 2017.

The commissioners did not know that the tallying was being done by technical staff, and Chebukati did not explain the results, even though questions were asked.

"When Wafula Chebukati announced the results, verification from certain constituencies had not been announced," Cherera said.

As the law requires, he said that there was no way to check.

My First Assignment Is To Introduce Bill That Seeks To Increase Tax On Make-Ups: MP Zaheer Says.

Why prices of commodities might not really drop despite hefty assurances from Ruto's regime.